(Editor’s note: James Mintert and Michael Langemeier are the director and associate director, respectively, of the Purdue Center for Commercial Agriculture.)

WEST LAFAYETTE, Ind. — U.S. agricultural producers became more optimistic again in September as the Purdue University-CME Group Ag Economy Barometer climbed to 156, the highest reading for the index since the pandemic began last winter and 12 points higher than one-month earlier.
The index is up 38 points since July and is 60 points higher than its 2020 low established back in April. 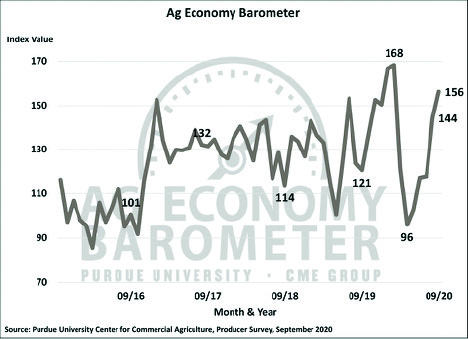