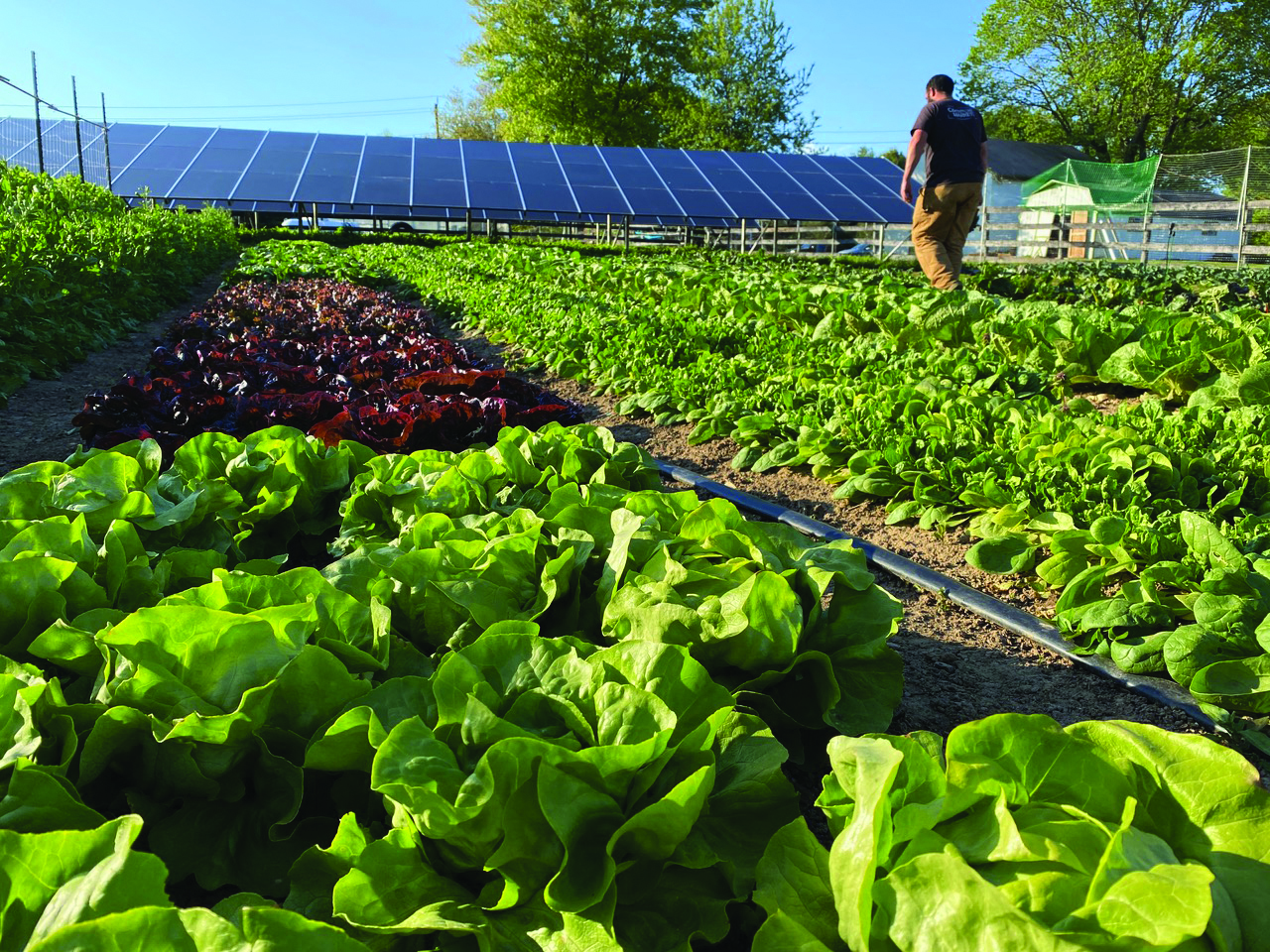 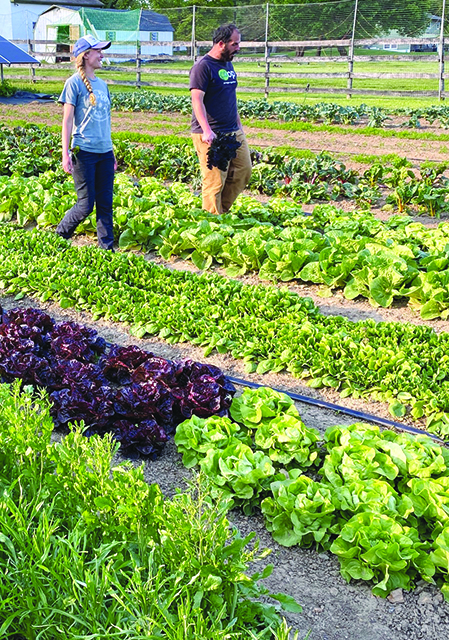 From left, Erica and Ryan Coady, owners of Common Root Farm, have seen their business quickly shift online since the coronavirus scared away many customers from local farmers’ markets. (Photo courtesy Erica Coady)

Before the coronavirus, Wenfei Uva had little interest in retailing her flowers.

After the virus, she had no choice.

Uva’s Seaberry Farm in Federalsburg, Md., built its business over the last 14 years selling cut flowers, woody cut stems and beach plums to the wholesale market while servicing weddings and events. Then the pandemic arrived in March.

“We lost all our wholesale sales of course, and weddings and events got totally rescheduled,” she said. “By necessity, we needed an online store.”

Uva turned to a local web developer to quickly build a retail website. She’s one of many agricultural operations that have quickly cobbled together an online sales channel to grab back revenue that vanished after most of the business world, including many farmers’ markets, shuttered two months ago.

Uva opened her website a week before Mother’s Day and spread word through social media, including Facebook. Over the course of that week, she got 70 to 80 orders.

“That’s from nothing. Nobody knew we had (the website),” she said. “So I think it went amazingly well.”

Many farmers with sales operations saw their businesses turned upside-down by the virus over the last three months. Chesapeake Farm to Table, a popular food aggregator north of Baltimore supplied by a web of local farmers, mostly served the city’s restaurant industry. When the virus closed those restaurants, the aggregator’s business flipped and everything went online as it scrambled to service a rapid, unexpected influx of household customers.

It turned to Local Food Marketplace, a Eugene, Ore., company that builds online retail platforms for farmers. The company has hundreds of farm clients in the Delmarva region, said Amy McCann, co-founder and CEO. Over the last two months, as its clientele doubled in size, the 11-year-old company of five employees hired two more and expanded bandwidth and server space to accommodate the dramatic boost in activity.

“It has been a wild ride for everybody in this process,” she said.

Retail customers, worried about how frequently their food is handled before it reaches their grocery bags, are turning to local farms to cut out middlemen, McCann said. Some of her clients post what they’re selling each week on a schedule, often with customers anxiously waiting online.

“Some farms are getting 300 orders in 10 minutes,” she said. “It has not always been that way. That is not the norm.”

Many other industries are seeing similar changes. Shopify, a massive, global e-commerce company headquartered in Ottawa, Ontario, said new stores on the company’s sales platform grew more than 60% between March 13 and April 24 compared to the previous six weeks. But business was even better among their merchants in the food, beverage and tobacco sector where sales doubled during that time, according to Shopify’s quarterly report earlier this month.

Common Root Farm in Montgomery County, Md., is one of those merchants. The small 1-acre produce farm has had a retail website for about a year but didn’t emphasize or promote it because its CSA and farmers’ market business was so strong, said Erica Coady, farm co-owner. The virus forced Common Root to change course. They took a large list of email addresses they’d be collecting for years from their roughly 800 customers and quickly began to promote the website. Customer service representatives at Shopify helped them alter their sales platform to provide helpful printouts of their orders by item quantity so they didn’t have to count each order by hand to know what they needed from their field. Now, every Wednesday at noon, the farm emails customers a list of everything on sale that week.

“We do sell out very fast of our veggies,” Coady said.

Hundred Acre Farm in Smyrna, Del., launched its own retail website two weeks ago. Customers can’t technically purchase products on the website, but they can send an order to the farm and schedule a pickup. The farm, which sells jam, baked goods and produce, including strawberries, operates under a state cottage kitchen license and cannot sell food to out-of-state customers. The farm was also wary a fully functional retail website might attract credit card thieves.

The farm has received a few orders — their strawberries aren’t ready yet — but they’re counting on the reopening of Delaware’s farmers’ markets this week, said Ali Dziedzinski, farm co-owner. They’re waiting to judge the website’s success.

“We’re just dipping our toe in this particular pool of the unknown, and who knows how long this will really last?” she said. “If it proves not to be fruitful we’ll probably take it down.”

Even though her wholesale business is starting to return, the coronavirus has probably altered Seaberry Farm for good, Uva said.

“Our past business model is there, and I’m not giving that up, so we won’t be expanding direct sales the way people might think we should,” she said. Many local customers are buying online “not just because they want to buy flowers, but because they want to support local. So I’m not going to turn my back on them.”