All in good taste, of course 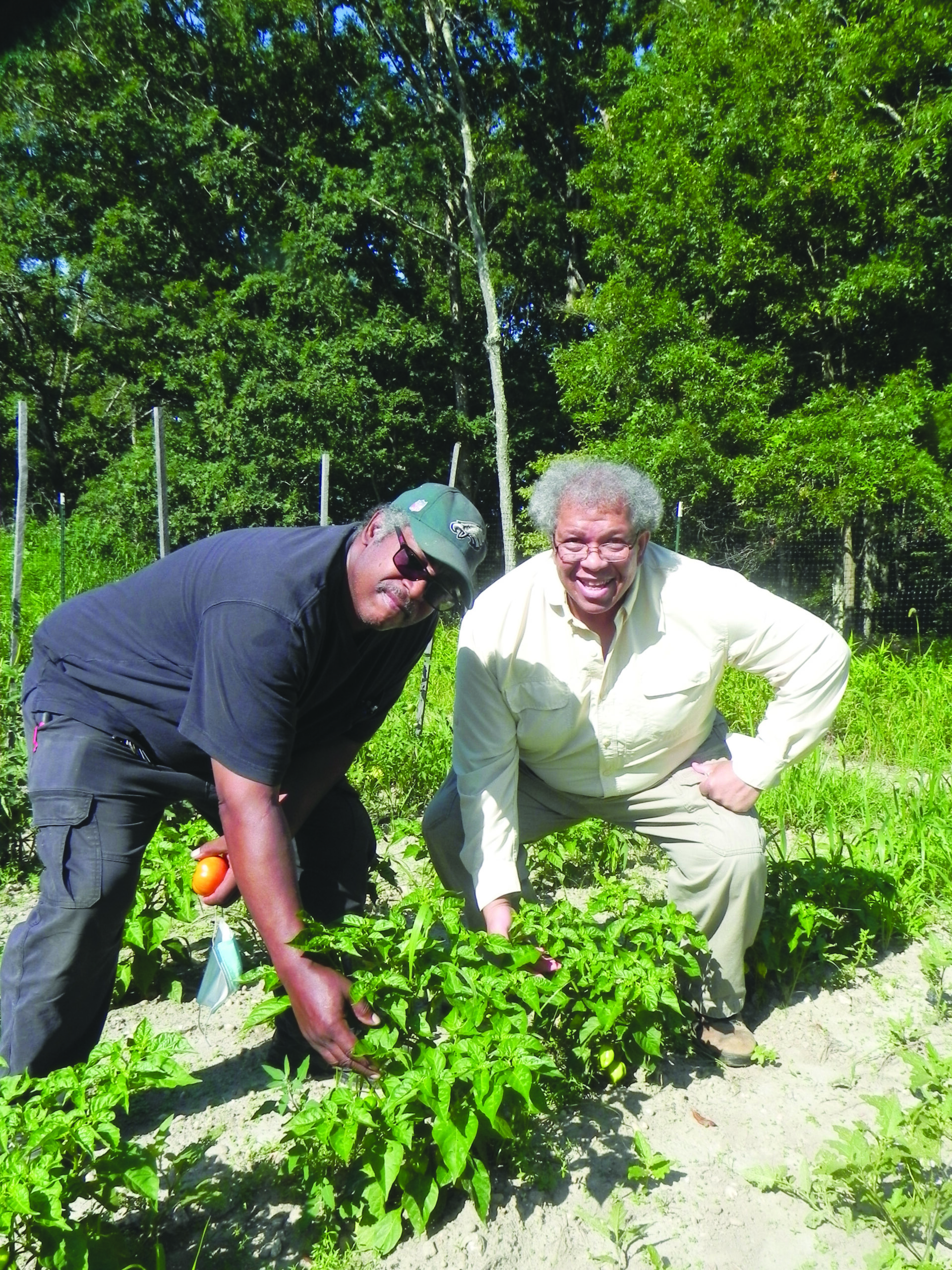 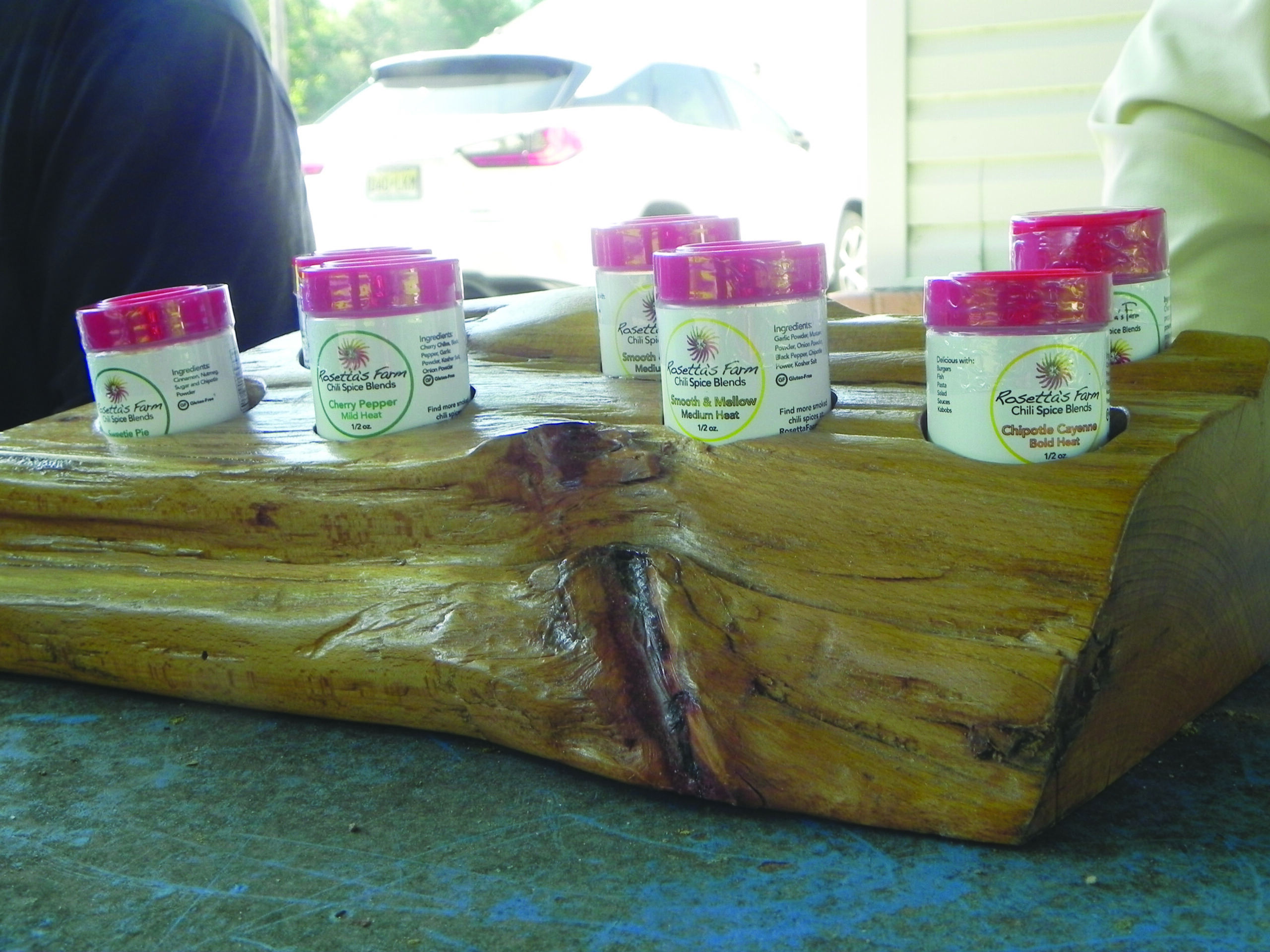 WILLIAMSTOWN, N.J. — After many years in the corporate world, Bill Devine decided he wanted to pursue his passion and try the life of an entrepreneur and farmer. After losing his wife Marianna in 2005 to cancer, he began growing vegetables again as a form of therapy in 2008. He launched his own spice company, Rosetta’s Farm Chili Spice Blends, in 2010.
“Like so many kids who were raised on a farm, as soon as I turned 18 and could get away from the farm, I jumped at the chance,” he said.
He attended Rider College in Lawrenceville and later received a master’s in business administration at Fairleigh Dickinson under a work-study program while at Johnson & Johnson.
Devine lives in Plainfield and is active with the Union County Board of Agriculture.
Devine was raised on a livestock and vegetable farm in Williamstown and has vivid memories of his grandfather waking him at 5 a.m. on weekends to help with farm-related tasks.
His parents Billy and Rosetta were raised on farms in Virginia and North Carolina.
His mother knew canning and food preservation methods and his father knew carpentry and construction and owned a variety of small businesses in Philadelphia.
His mother and father moved from Philadelphia to a farm in Williamstown when Bill was 10.
“I was always into growing things and began growing my own vegetables in 2008 and 2009, as therapy,” he explained. “I missed my wife and I began coming down to the family farm here.”
His younger brother Ed lives and works at the family farm in Williamstown, now retired after 25 years with Local 68 Operating Engineers. Ed worked at the Taj Mahal Casino-Hotel in Atlantic City, and both brothers understand a huge part of being a successful farmer is being a decent mechanic.
Aside from growing their own vegetables and some small fruits, their Rosetta’s Farm at one point had goats, chickens over 300 pigs and cows.
“We would raise the livestock and sell them down at Cowtown,” Devine recalled.
While traveling around the U.S. and different parts of the world in the 1990’s with one of his previous software teaching jobs, he developed a taste for chipotle, a form of smoked dried jalapenos.
In 2010, faced with an over-abundance of jalapeno peppers in Williamstown, Devine began to experiment with smoking peppers and brought a batch home with him to Plainfield for grilling.
“As you are traveling and tasting these different ethnic foods, you develop your tastes,” he said. While some families raise musicians, others raise athletes, “my family had a talent for tastes,” he added.
He had an epiphany in October, 2010 at home in Plainfield. He combined some apple slices with jalapeno and cherry peppers, grilled them and ground it up.
“The mild heat and sweetness was so intoxicating,” he said.
Soon, his kitchen became his laboratory, as he began experimenting with a variety of peppers, smoking some on an outdoor grill and then blending them with other spices and flavors while perfecting various recipes he had in mind. He combined some jalapeno peppers, cherry peppers and apple slices, let the food dry out and ground it up into powder to test it out.
“I thought, if we smoke jalapenos and make them into a chipotle, why can’t we smoke other chili peppers? Then my mind says American culture is looking for something different. We as Anglo-Americans have a rather bland palette. Now with more Mexicans, South Americans, Chinese and other cultures here that like spices, what if we combined chili peppers with things we are familiar with like garlic, onions and mustard?”
“You’ve got the land, you’ve got the resources in order to smoke the wood, you’ve got trees. So since 2010 I’ve been making this business grow. Opportunities unfold as you work toward the expectation of success, but it is my faith that drives me. God didn’t give me this idea for no reason at all.”
He later combined chipotle with cayenne peppers, got good feedback from friends, and then came up with a chipotle-habanero blend and other friends asked for milder or spicier blends. He was off and running.
Rosetta’s Farm Chili Spice Blends now offers eight different blends from mild to insanely hot, and [most years,] Devine can be found selling his products at wine festivals around the Garden State.
“My challenge now is to educate people that hot sauce, while we all grew up with it, is not what Rosetta Farms chili pepper spice blends are; we do not contain vinegar, we do not have an over-abundance of salt, we are a healthier alternative that gives you the flavor and taste that you are looking for.”