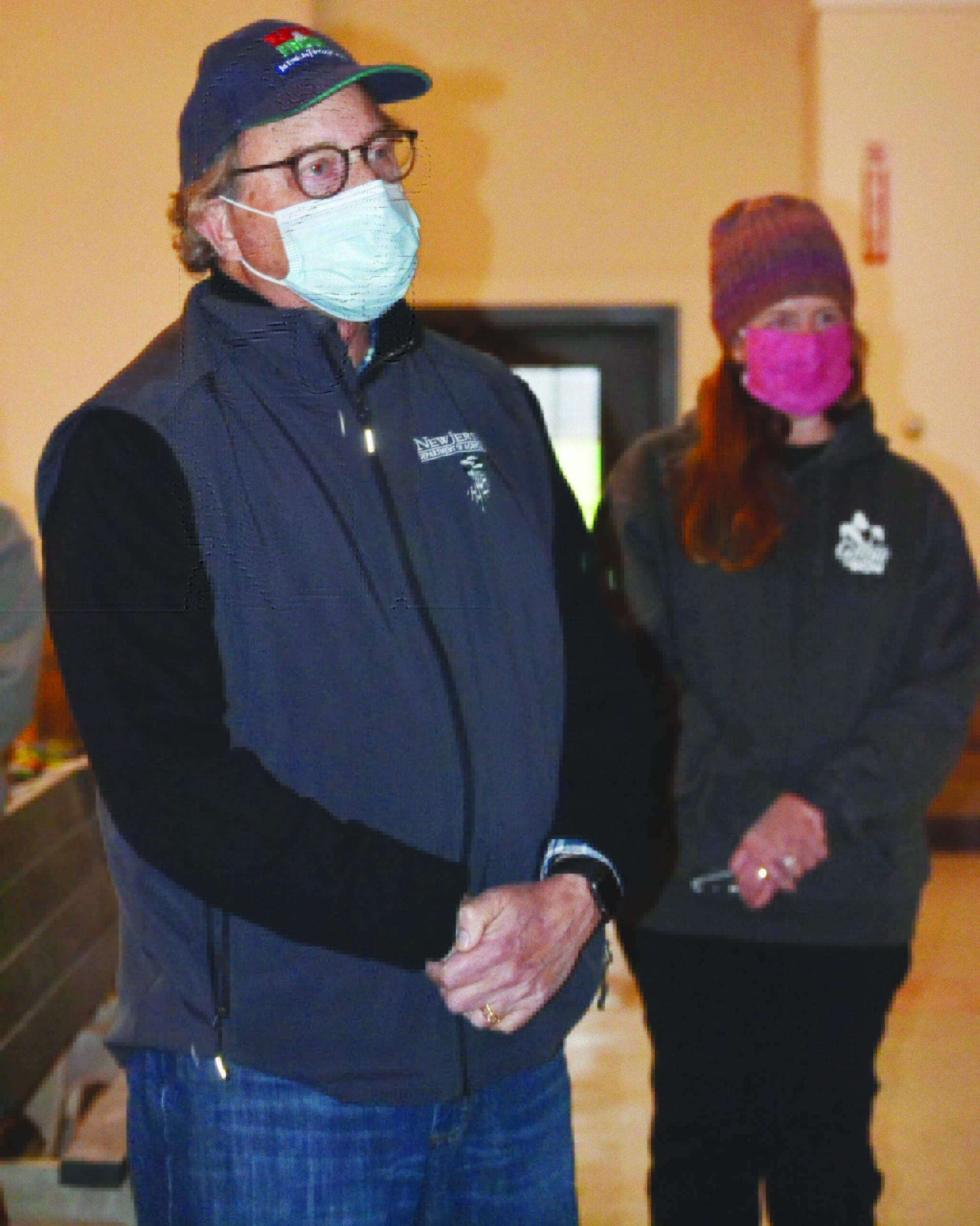 PITTSTOWN — In spite of planting season upended by the pandemic, America’s Grow-a-Row sent 2 million pounds of fresh produce to food deserts in the Mid-Atlantic in 2020.
The milestone came just as founder Chip Paillex was planning a formal announcement of the acquisition of Valley Crest Farm, he told state Secretary of Agriculture Doug Fisher on a tour of the facility here on Nov. 12.
Fisher said he was impressed with the amount of food delivered to the hungry even in this difficult time.
The farm produced 1.5 million pounds in 2019.
When Paillex started, he had a 30-by-30 plot.
With the acquisition of Valley Crest, the non-profit group now has 430 acres. Most of the Valley Crest 100 acres wasn’t part of the milestone harvest.
Only the five acres of apple and peach trees were harvested because the property was donated to AGAR just before the pandemic hit.
Paillex said some of the changes that had to be made because of the pandemic actually proved to be helpful to the America’s Grow-a-Row mission.
By purchasing machinery for planting and having the work done by the farm team, the harvest was particularly good.
When volunteers did much of the planting, it was spread out over many days.
Volunteers will still be welcomed, Paillex said, noting he gets calls from corporations all over the country seeking volunteer opportunities for their employees.
Between the corporate days, local helpers and children from various organizations,
AGAR averages 9,000 volunteers a year.
There is a waiting list for corporate work days, Paillex said.
Another new aspect of the AGAR mission comes in the form of hiring a chef.
Shauna Alvarez is not only a chef, she recently worked in Maine as a SNAP educator, making her the perfect person for the education job at Groaw-a-Row, according to Tristan Wallack, senior director of programming and operations. The kitchen at the Pittstown farm is set up for cooking classes.
Before the pandemic, children came to the farm on “kids’s days” not only helped in the fields but also learned how to prepare the vegetables they picked, Wallack said.
They are also sent home with a bag of vegetables.
Wallack said even the adults in these food deserts may not be familiar with recipes for fresh vegetables.
He said bringing skills to people is an important part of the mission.
He said he understands food insecurity and hunger relief from his own background.
Paillex is sure the farms can produce even more food in the future.
Assemblyman Erik Peterson (R-23) was on the tour and promised he would try to get some signage for Pittstown Road.
Signs noting tractor crossing or slow-moving vehicle crossing would be helpful because of increased traffic on the road.