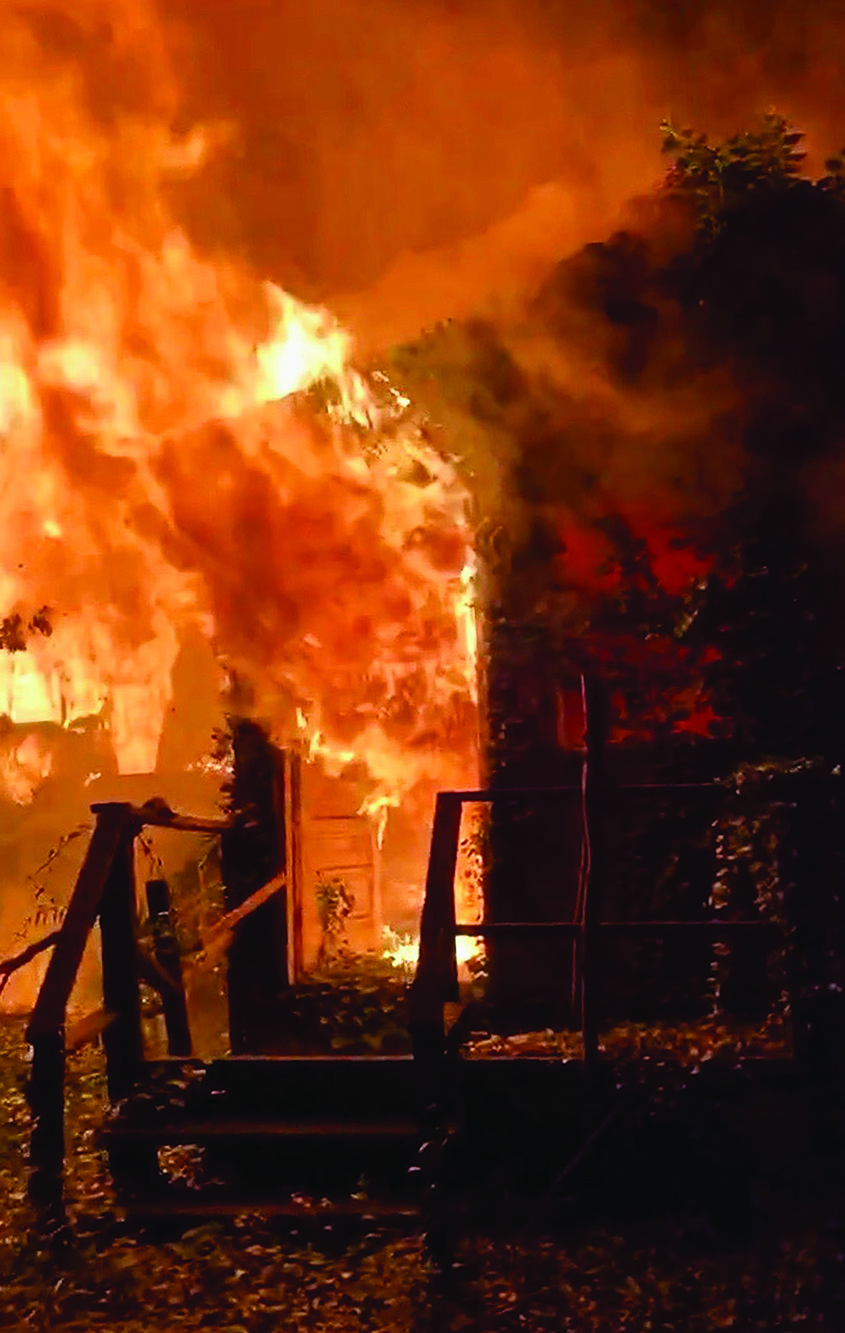 Firefighters extinguished two fires at a flower and produce farm in St. Leonard, Md., on June 1. A mobile home was destroyed, and a tobacco barn was saved before it was significantly damaged. The farm’s owner said it was arson. (Photo courtesy Dunkirk Volunteer Fire Department)

A passing motorist spotted the fires at the produce farm on Yoes Corner Lane in St. Leonard at 9:33 p.m. on June 1. After several local fire departments responded, it took 30 firefighters about 20 minutes to control the flames, a report by the office said.

A vacant motor home was destroyed, but firefighters were able to save the barn before it was significantly damaged, said Bryan Sunderland, the farm’s 57-year-old owner. The barn sits about 500 feet away from the motor home.

No one has been charged, and the fires remain under investigation, the marshal’s office said. There were no injuries and the damages were estimated to be about $26,000. The burned structures were not insured.

“I can’t imagine anybody being prosecuted or anybody paying restitution, but I’ve been wrong before,” Sunderland said.

The fires did not damage the farm’s roadside stand, which sells flowers and produce daily, he said, though it’s running on a generator after its electricity was cut off.

After the farm posted a note about the fires on its Facebook page, saying the farm stand would reopen the following morning, as usual, at 9 a.m., nearly 200 people shared the news.

“Thank God that there were no injuries and that the First Responders were quick. God bless all of them and you,” wrote Janie L. Hanko. “You all are one of the nicest families I know and we have enjoyed doing business with you for many years and will continue to do so. You are so strong!”

The fire marshal’s office is asking anyone with information to call its southern regional office at 443-550-6820.