At plow day, turning over soil turns back time 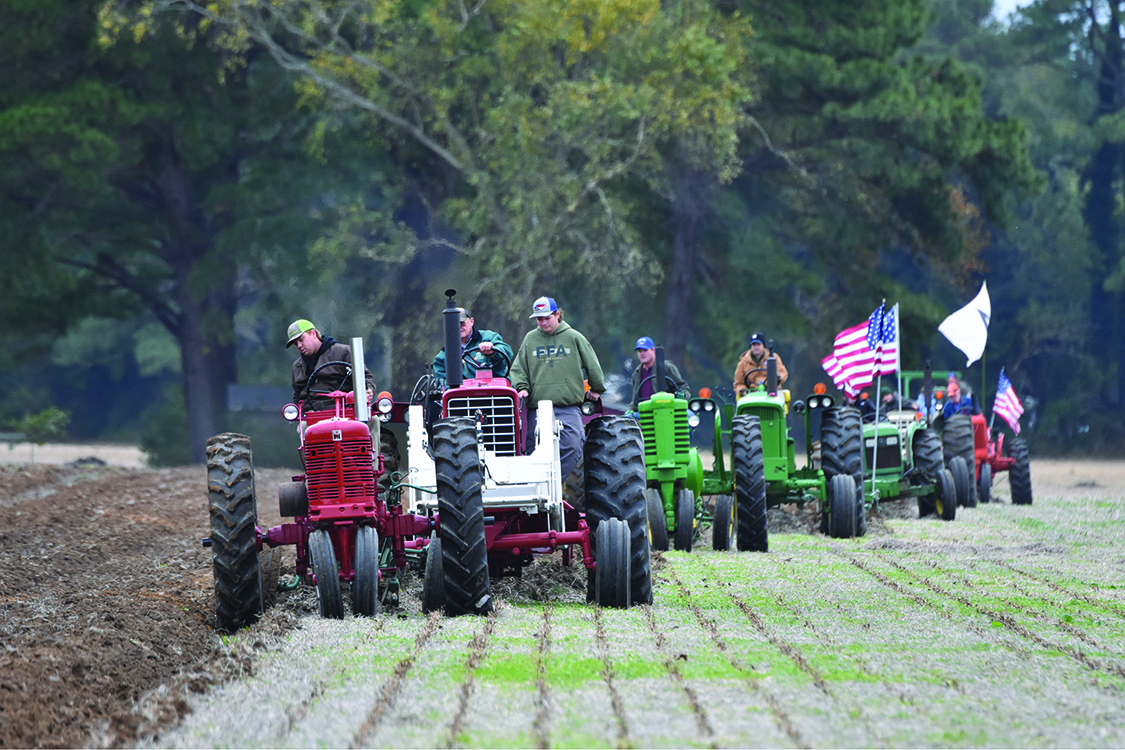 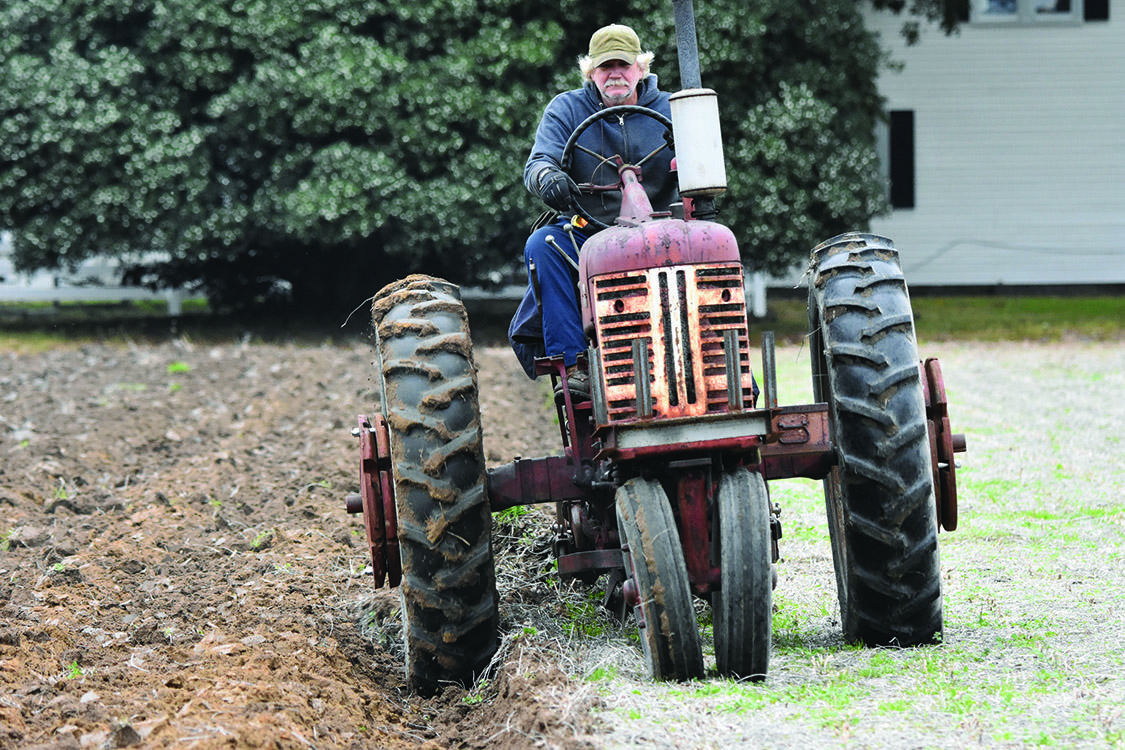 CREEDS, Va. — Bonney Bright well-remembers the days when moldboard plowing was a common practice on his family’s farm.
With only a two-bottom plow, they were only moved across the field about 3 feet with every pass.
“It took a long time,” he said, adding that now, farming about 3,000 acres, when tillage is used it’s going across the field 30 feet at a time.
But those memories flooded back to Bright and dozens of other antique tractor enthusiasts who came to his farm for an annual Plow Day event on Nov. 6.
“It’s more of a big gathering for people,” Bright said. “Everybody talks about when they had the old plows and equipment and how times have changed.
“We have a lot of people who just love to come out and look at the plowing.”
In the event’s third year, about 50 plowmen participated.
Some were teenagers, learning how things were done decades ago, some were more seasoned.
“The machines you see there are just cool. I don’t know any other way to put it,” said Roy Flanagan, Extension agriculture and natural resources agent for Virginia Beach, who attended with his son. “It doesn’t matter if you’re 87 or 12 years old, they’re all having a ball.”
Bright said the group had about 110 acres plowed at lunch time and while an afternoon rain shower chased most plowmen out of the field, two moved to higher ground and kept on until dark.
“They were just happy as they could be,” Bright said.
Farming thousands of acres, heavy tillage for Bright, like much of the region’s farmers, has gone by the wayside and plowing is almost non-existent.
“Years back, we nearly plowed everything,” he said. “The only plowing that’s done here now is done for the plow day.”
He also digressed into improvements in crop yield from then to now.
When he was a boy, he said the county agent would annually round up youth in the area to help measure corn yields for farmers. Yields of 100 bushels per acre or better earned the farmer a plaque.
“Now, if you pick 100 bushel the court will give you a bankruptcy plague,” he said with a quiet laugh. “That bar keeps getting taller.”
The plow day serves as a reminder of how far agriculture has come, he said, but not forget how it used to be, he said.
The Virginia Beach Plow Day started after area businessman and former farmer Ashton Lewis attended plowing events in North Carolina in 2016 and 2017. He was interested in doing one in his area and approached his longtime friend Bright to see if he would be host.
“It takes a very cooperative farmer to be able to level things out after the plow days,” Lewis said, noting the many plows going through the field at slightly different depths.
The first plow day at Bright’s farm was held in 2019 with about 25-30 plowing participants. Last year’s event was more subdued, to limit the crowd size amid the COVID-19 pandemic, but this yea, with support from the Albemarle Antique Tractor Association,r hundreds of people came to watch the antique equipment progress through the field.
Lewis said he stopped farming in 1982 but “I’ve never lost the passion for it.”
He fully recognizes the benefits in no-till farming but the smell and look of freshly plowed ground still pulls at him.
“There’s nothing prettier than watching the soil turn over,” he said.
Lewis brought five of his own tractors this year, including a John Deere G his uncle bought new and Lewis bought after his uncle died.
“It’s really my first memory,” Lewis said of the G. “That tractor means everything to me.”
As a main organizer, Lewis said he assumes the role of field marshall on the day of the event, directing plowmen, addressing safety concerns, things that ultimately keep him off the tractor.
“I don’t get to plow any myself that day,” he said. “I try to cheat a little the day before.”
A collector as well, Bright had his fleet of old tractors on hand for the event but didn’t do much plowing either. But there was plenty of time for both to interact with people who came, either to watch or drive, and that’s the main reason for having the event.
“We have a good time and I’m glad that people now can come. And we hope to keep on,” Bright said. “I enjoy just watching people have a real good time.”