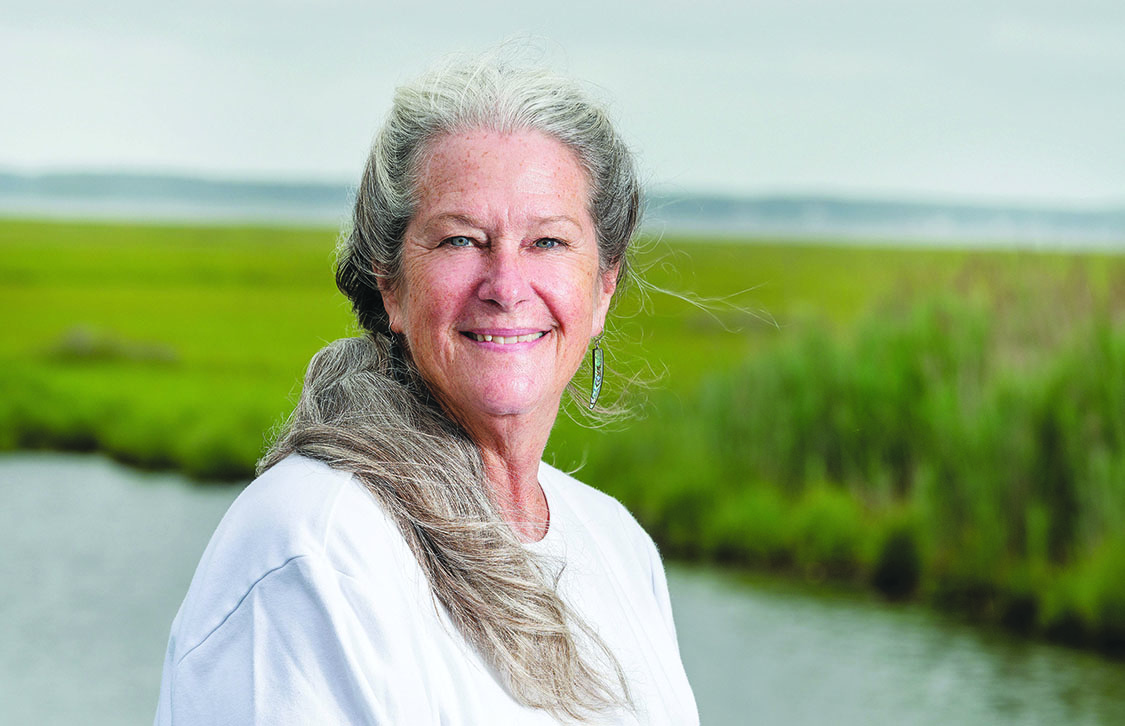 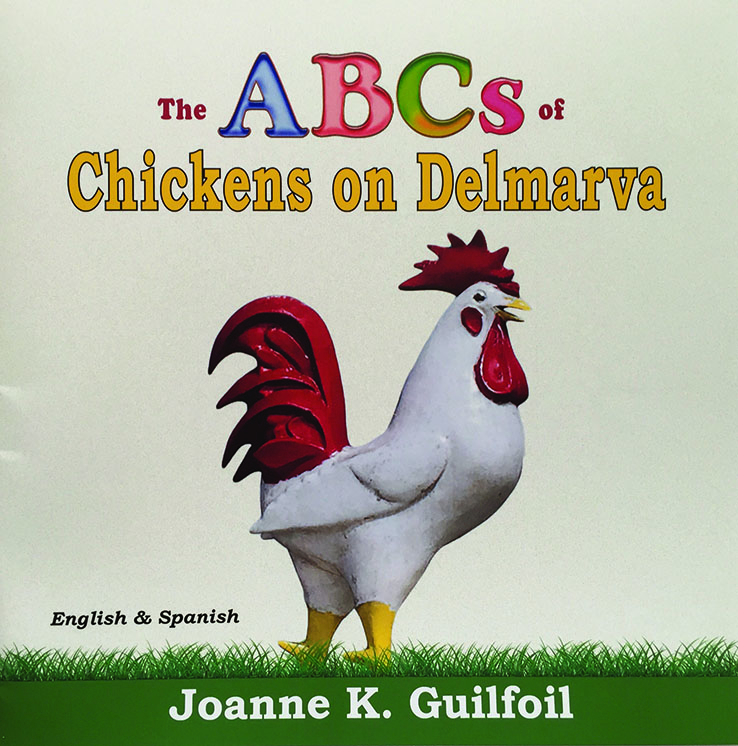 SELBYVILLE, Del. — Delaware author Joanne K. Guilfoil has released the first of three books about chickens, “The ABCs of Chickens of Delmarva”.
Guilfoil said the ABC book’s purpose and design is to share the history of the Delmarva chicken industry, from commercial growers to exhibition and youth clubs, with young and new readers.
The front cover boasts a large, red and white, iconic rooster, a statue that stands on top of the Bunting & Bertrand poultry equipment building, where the author buys her chicken feed, visible from route 113 in Frankford.
“That fun fellow on the cover is a preview to the cute kids found in the beginning pages, as they learn about raising chickens,” Guilfoil said.
What follows is every alphabet letter, from A to Z, used to describe a different aspect of the peninsula’s poultry industry.
“This book tells about chickens on Delmarva, its history, including actual people, equipment, buildings and birds,” Guilfoil said.
It also provides some agriculture and science, with images of hatcheries, inoculations, vegetative buffers, vaccinations, wastewater, winter wheat, a litter-to-energy plant, and X-rays of chickens.
For school-age readers, a glossary further defines the terms used in the book.
The other two books in the trio, a reference manual and hardback coffee table-style book, are nearing completion as well, Guilfoil said.
The reference manual details raising meat chickens as well as birds for show, and is written at a middle-school reading level.
“There’s a lot of science, a lot of history and real people,” she said.
The coffee table book tells the story of Delmarva’s chicken history, including grower profiles, the companies involved and what goes into building a chicken farm.
“With the three books, they portray a factual and positive view of all chickens on Delmarva,” Guilfoil said.
Guilfoil raised the funds to publish the ABC book.
Sponsors include Delmarva Chicken Associaiton, MidAtlantic Farm Credit, Delaware Department of Agriculture, Cozy Critters Child Care and After School Program, Plannned Poulty Renovations, Bunting & Bertrand and Allen Chorman & Son.
Along with publishing costs, Guilfoil said that the sponsors made it possible to have hundreds of copies of the ABC book distributed to local libraries, elementary schools and exhibition and youth poultry clubs across Delmarva.
“I’m just thrilled to be able to give them,” said Guilfoil, a retired art educator. “This is something in their hands where they can turn the pages and learn about something other than breeds and body parts.”
Guilfoil said she intends to distribute about 200 additional copies in Delaware and Maryland’s Lower Eastern Shore.
Copies of the book are available online by visiting www.ShoreBooksLLC.com.
With several books to her name, including a three-book series on Delmarva aviators and aerial ag applicators, Guilfoil said this one has been special to make.
Because she happened to miss a lot of school from a series of ailments and injuries as a child, Guilfoil explained she entered sixth grade nearly illiterate and as someone who has raised chickens since childhood a book like this would have encouraged her to learn reading.
The ABC book’s format is aimed at informing about the local chicken industry but also helping kids with reading in general.
And thanks to Dr. Janet Hickman, principal of Frankford Elementary, the A-Z text is also translated into Spanish, for language learning as well as information on chickens.
“These books are for kids who are reluctant readers,” she said. “They’ve all been fun but this one is probably the best of all.”