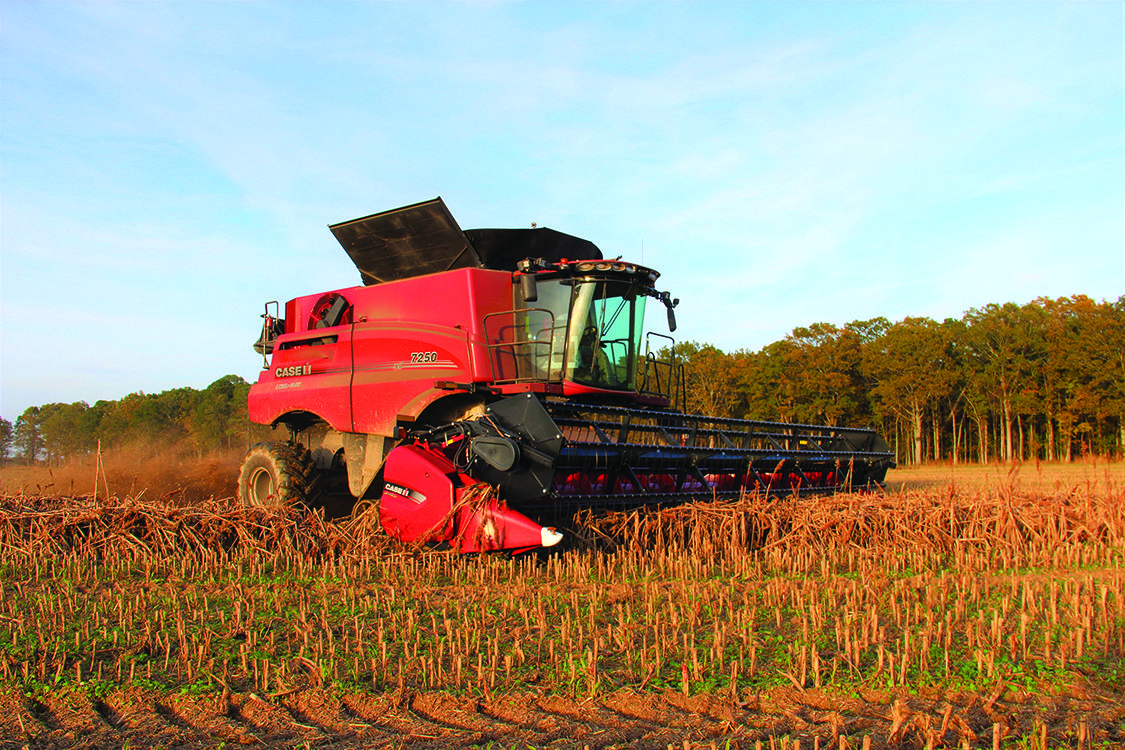 Fully autonomous agricultural tractors aren’t actively being used by farmers in the Delmarva yet, but several businesses are in the process of continuing to add automation enhancements to farm equipment with the goal of eventually supplying fully autonomous vehicles for farmers.
On Aug. 30, 2016, Case IH showed an autonomous concept vehicle at the Farm Progress Show in Iowa.
It was a cabless row crop tractor that was designed to operate with a variety of field implements.
“We received comments from our customers and others,” said Leo Bose, Harvesting Marketing Leader at Case IH. “Many asked if we could automate different functions rather than just the cab.
Since that time, we’ve created a harvest command system and a soil command system that help farmers in many ways.”
Bose noted that the soil command system allows a vehicle to till the soil at a given depth – deeper or shallower, depending on the profile for the specific soil.
He explained that the target depth can be automated. The harvest command system, he detailed, has 16 sensors and cameras that allow a number of decisions to be automated.
“With these systems,” Bose said, “operators can focus on, for example, less cracks and brokens in the fields. Farmers are able to manually override the automated systems if they so choose. Farmers are able to follow a prescription for planting, create a prescription for planting, or manually override the systems. Farmers are able to make sure that the seed floor is level for consistency by using AFS Connect. This helps produce a better yield. We can remove much of the guesswork in the field by optimizing a machine’s productivity.”
Bose stated that Case IH is using systems like these as part of the evolution to more autonomous agricultural equipment: “We’re trying to solve problems faced by farmers. That’s what drives us to produce equipment and systems to solve their pain points.”
One of the pain points for many farmers is the difficulty in securing skilled labor.
“We’re striving to be the ‘coach on the shoulders’ of the farmers,” said Bose.
During a press conference at Consumer Electronics Show in January, John Deere revealed a fully autonomous tractor that’s ready for large-scale production. The machine combines Deere’s 8R tractor, TruSet-enabled chisel plow, GPS guidance system, and new advanced technologies. According to the company, the autonomous tractor will be available to farmers later this year.
The autonomous tractor has six pairs of stereo cameras, which enables 360-degree obstacle detection and the calculation of distance.
Images captured by the cameras are passed through a deep neural network that classifies each pixel in approximately 100 milliseconds and determines if the machine continues to move or stops, depending on if an obstacle is detected.
The autonomous tractor is also continuously checking its position relative to a geofence, ensuring it is operating where it is supposed to with sub-inch accuracy.
AGCO is another agricultural equipment business that is providing automated products to help farmers be more efficient.
“AGCO is making significant investments in the development of both increased machine automation, which is a critical enabler for autonomy, as well as fully driverless machine autonomy,” according to a spokesperson from AGCO Corporation. “Driverless agriculture machines are emerging in select markets for specialized applications, and we believe they will continue to develop in large ag row crop applications in the medium-term future. Our development is in sync with this future commercial demand. Development of the required foundational elements for full autonomy, which includes features like increased system automation, functional safety, and machine to machine connectivity, are well underway if not already deployed.”
“Our vision is to be farmers’ trusted partner for industry-leading, smart farming solutions, and we have launched a number of smart features designed to automate difficult tasks farmers experience today,” the spokesperson from AGCO continued. “Farmers need these tasks and decisions to be automated before they can capture the full value of removing the operator; each automated feature is a building block to enabling fully autonomous operation. Our brands have been launching more automation features via our traditional machines as well as via our expanding retrofit markets. We have not yet fully launched a driverless machine into the market.”
AGCO Corporation anticipates that its automation enhancements will eventually lead to fully autonomous farm equipment.
“We will continue to release more smart automation features each year and anticipate launching our first driverless machine in the coming years,” said the spokesperson from AGCO.