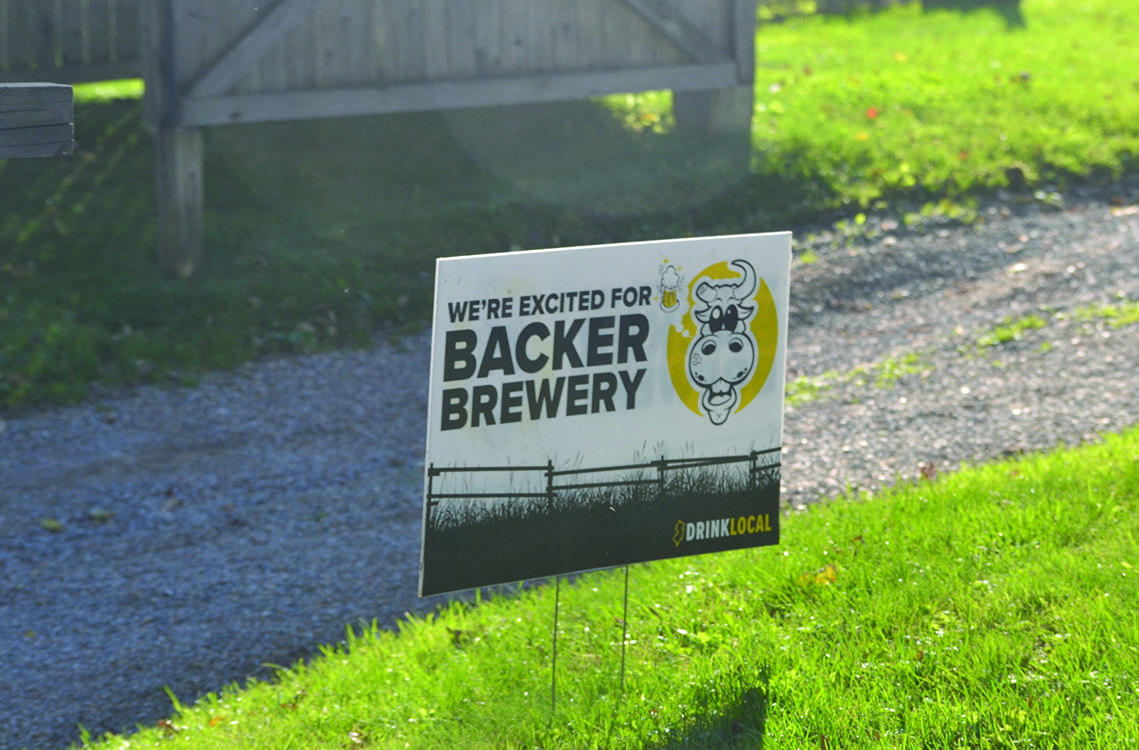 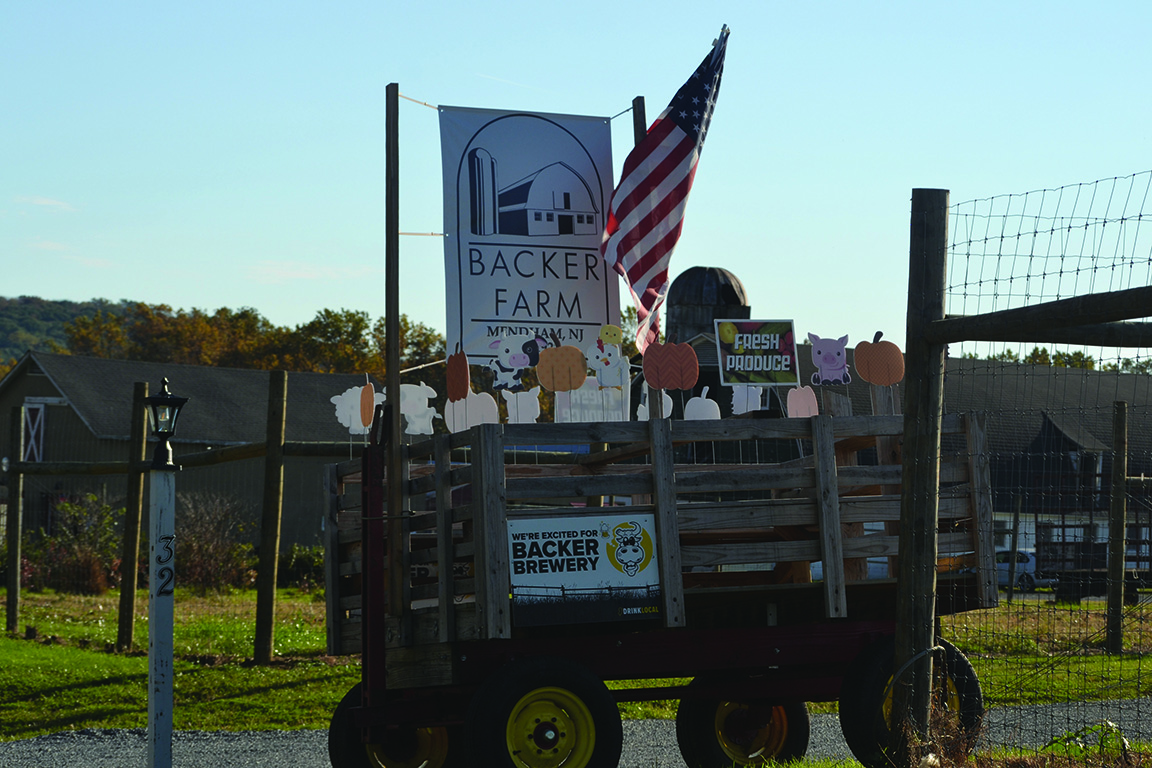 A wagon at the entrance to Backer Farm greets visitors. The farm wants to open an own on-farm brewery and tasting room, an idea its neighbors in Mendham Township appear split on. (Photos by Jane Primerano)

MENDHAM TOWNSHIP — Derrick Backer never thought attempting to open a brewery would lead to Tik Tok infamy and $14,000 in charges for a municipal meeting that didn’t legally exist.
Backer is the fourth-generation family operator of the 37.4-acre Backer Farm, a township institution for nearly 100 years that was placed in farmland preservation in 2004.
The property is owned by Derick’s father, Fred, and uncle, Stuart.
Originally a dairy farm, it now produces vegetables, pork and eggs and provides boarding for a few horses.
One barn is used for storage and Backer plans on converting it into production areas and a tasting room for beer.
Under state regulations, the farm must grow 51% of the barley, hops, rye and other vegetables that can be used in the beer. The farm currently supplies pumpkins, watermelons and other fruits and vegetables to other breweries.
The proposed brewery will have seating for up to 78 people on both the first and second floor of the barn.
Backer consulted with the Morris County Agricultural Development Board whose members are supportive, he said. The MCADB refused a request from a few neighbors to impose a noise ordinance.
There were 16 people who signed a paper in opposition to the project at the last county meeting, he said.
Both the county and state agricultural boards signed off on the project, Backer said, as did the local health officials responsible for the septic approvals. Backer said he also moved and improved an access road.
His application to the state Alcoholic Beverage Commission is pending.
He also applied to the municipality and checked off 48 of the 50 questions on the township checklist, including those about traffic, lighting and septic concerns, Backer said. He said all municipal officials he has consulted seem in favor.
The Township Board of Adjustment Attorney said the fact the farm is in a residential zone is a non-issue because of the state’s Right to Farm legislation which prompted some neighbors to ask for him to leave the board, Backer said.
This left the planning board the only township body with jurisdiction. Backer brought this application to the board on July 1. Because of COVID restrictions the meeting was on Zoom and there were 120 people on the call. The meeting lasted four hours, 3 ½ of which consisted of questions from five people who were against having a brewery as a neighbor, Backer explained. He said because the use is approved, the planning board only has jurisdiction over health and safety issues. Objectors wanted parking areas to be paved, he said.
After the meeting, Backer found out the recording failed, so, legally, the meeting didn’t happen. He still had to pay his own professionals and those retained by the township and the township won’t reimburse him. That’s where the $14,000 came in.
The farmer had already paid $4,000 for a traffic study on Ironia Road.
In the past, the municipal meetings and their public comment periods along with letters to the editor would have comprised all of the public input on a project such as this.
Today that is not the case, although there have been a number of favorable letters to the local weekly newspaper and there is generally one a week opposed to the brewery. Yard signs for and against the project also line Ironia Road.
People are speaking out on social media. Backer said of 500 comments on Facebook about 99 percent are favorable. Most of the negative commentary comes from the same neighbor who has had complaints about the farm for 35 years, Backer said.
That’s the person who posted a video on Tik Tok about it. Backer doesn’t have time to monitor social media but got a call from a cousin on the other side of the country. The post got 600 comments, Backer said.
The planning board has not set another meeting that it can devote totally to the application, Backer said. He said he doesn’t want to have to bring his experts to several meetings. Backer said the board does not often schedule special meetings, but he is persevering to obtain the last approval he needs.