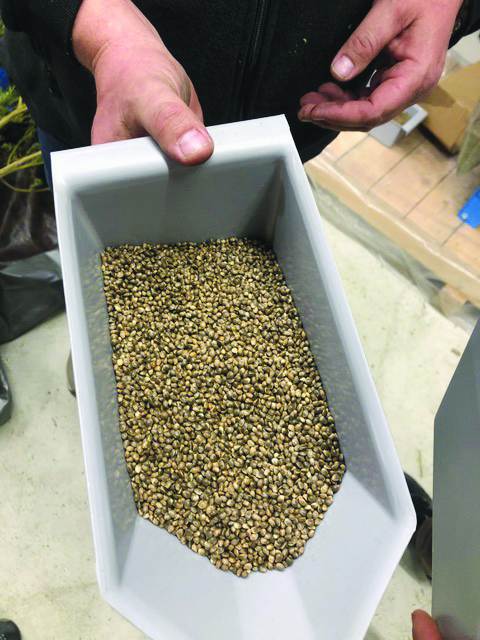 CORDOVA, Md. — After years of working in the mortgage and financial services industries, Randy Bapst was exploring other avenues for investment.
He said he was initially eyeing hydroponic food production until his son Tristan suggested industrial hemp.
That began in 2018 and has led to CBD Prime Seed company, headquartered in Talbot County and one of the few, if not only commercial hemp seed producer in Maryland.
“I took a deeper dive into it and flew around the country to visit farms,” Randy Bapst said. “We’re really looking to stake out a territory here and support this Delmarva region.”
The company partners with Colorado-based North Fork Agriculture for genetic material, research and cultivation, and are working with growers on Delmarva to develop seed lines best suited for the Mid-Atlantic region.
“The Northeast is exploding so all those folks need seeds as well,” Bapst said. “We’re constantly looking for the right type of region for the seed type.” He said the company has a bank of about 50 million seeds going into this season.
Bapst said industrial hemp production can dovetail well with greenhouse flower production.
After flowers move out in May, hemp plants go in in June.
“It’s a great use of unused assets,” he said. “We’re looking for farmers that are interested in growing good product.”
He said they are also working toward developing dual purpose seed lines that bring value in both oil and fiber production.
Expectations are to have dual purpose lines ready for commercialization in two to three years, he added.
Processing hemp is also part of the company’s next growth phase in its vertically integrated business model, Bapst said.
“We win if the farmer wins,” Bapst said. “We’re never going to compete with the farmers, We’re always going to partner with them.”