Baugher travels her way to find where she belongs 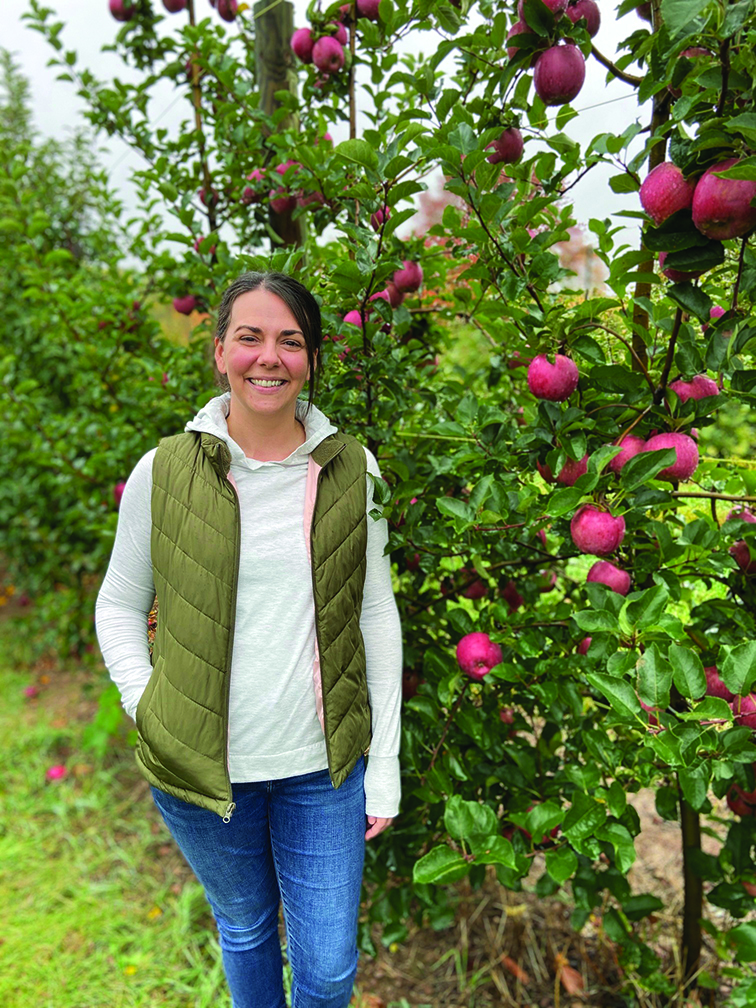 Jennifer Baugher, vice president of operations for Adams County Nursery, a high-quality tree nursery selling to commercial orchard growers, said she loves that the demands of her job changes with the seasons. (Photo by Joan M. Kasura)

ASPERS, Pa. — When Jennifer Baugher left for college to get a degree in international business, she said she envisioned herself doing marketing for a global corporation with the opportunity to travel to far-off locations.
“Travel was something I was very passionate about,” said Baugher, now vice president of operations for Adams County Nursery.
The family-run tree nursery grows and sells 90 percent of its stock to the commercial orchard industry.
As she approached graduation in 2004, little did she know her visions of the future would be fulfilled when her father, John Baugher, and her uncle, Phil Baugher, encouraged her to consider working for the family business.
“I took the approach that if I didn’t try it, I would regret it,” Jennifer Baugher said.
A full growing cycle later, Baugher said she realized she had found where she belonged.
“To feel that at such a young age,” she said, “it was so gratifying to know where I was going.”
As for the opportunity to travel, “I probably did more travel before age 30 than if I had done a traditional corporate position,” she said.
Baugher traveled to in 2008 to New Zealand with Pennsylvania State University Extension’s Young Grower Alliance, an organization her aunt, Dr. Tara Baugher, a tree fruit Extension Educator at Penn State helped organize along with another Extension Educator, economist Matt Harsh, in order to give young specialty crop growers a supportive forum to connect with each other.
“It was about 10 or 15 of us on that trip, and I really took in that experience and learned so much,” she said.
In fact, the YGA, which came together shortly after Baugher joined her family’s business played not only “a huge part of [her] development in the industry,” but also in her nomination to the Board of the International Fruit Tree Association — which her “family has been members of for generations.”
Noting that at the time of her nomination, IFTA didn’t have many young growers amongst its membership, and YGA had the largest contingent, Baugher said she was unsurprised to be asked to join IFTA’s board.
Shortly after she did so, IFTA started a Young Professionals committee, which Baugher was asked and agreed to chair.
Established, like YGA, to reach out to the industry’s younger generations, Baugher has been especially encouraged by its ability to increase the number of young females attending IFTA’s meetings.
“The [gender] ratio is definitely changing, and it makes me happy,” she said.
Thanks to those increasing numbers, Lisa Jenereaux, who became IFTA’s first female president in 2019, said she initiated the organization’s Women’s Network in 2017 “to provide a forum to lift up female contributions,” Baugher said before adding “the Women’s Network is open to all IFTA members, but it serves as an opportunity to highlight the stories of our challenges and successes.”
Baugher added “the challenges [her aunts], Tara and Julia [Baugher], experienced were much greater” during their earlier careers. “I feel like I came in when things were starting to improve,” she said.
Baugher also said she “feels fortunate that I have been in the right place at the right time to have had these opportunities,” such as travel not only to learn what other apple growing regions are doing, but to establish solid relationships with other industry members whether they are customers, growers or breeders.
Without a doubt, traveling to establish those relationships is the most gratifying for Baugher.
“A lot of those relationships become good friendships,” she said. “Our business is no less global than any other industry because people grow apples all over the world.”