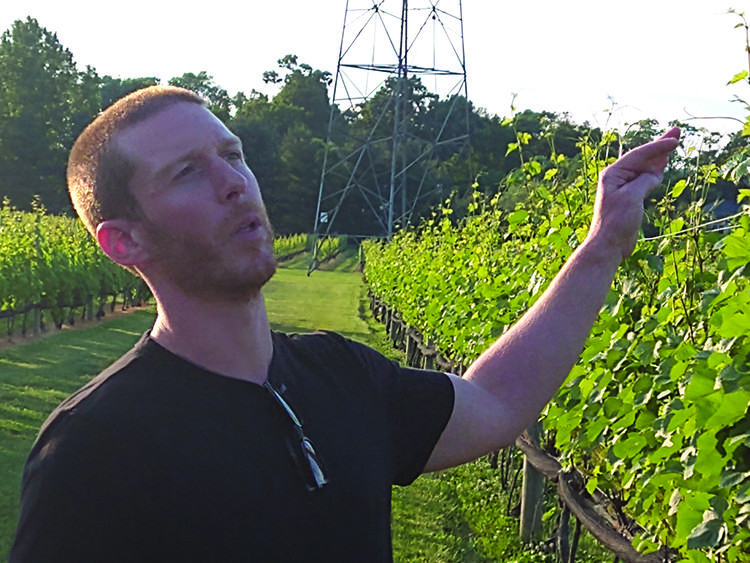 Mike Beneduce was candid while leading a small group of curious viticulturists around his property. (Photo by Richard Skelly)