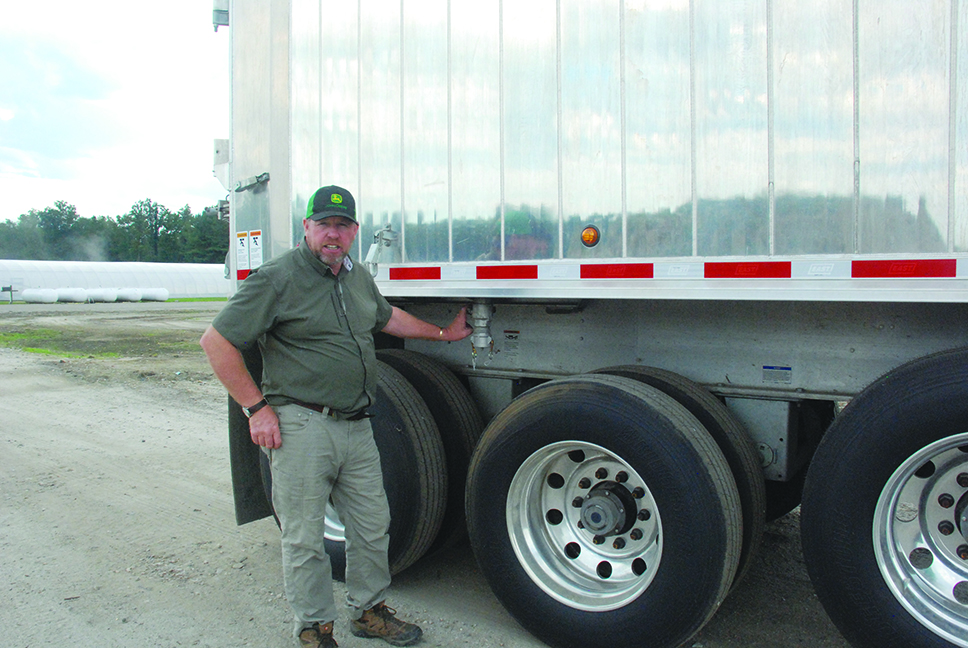 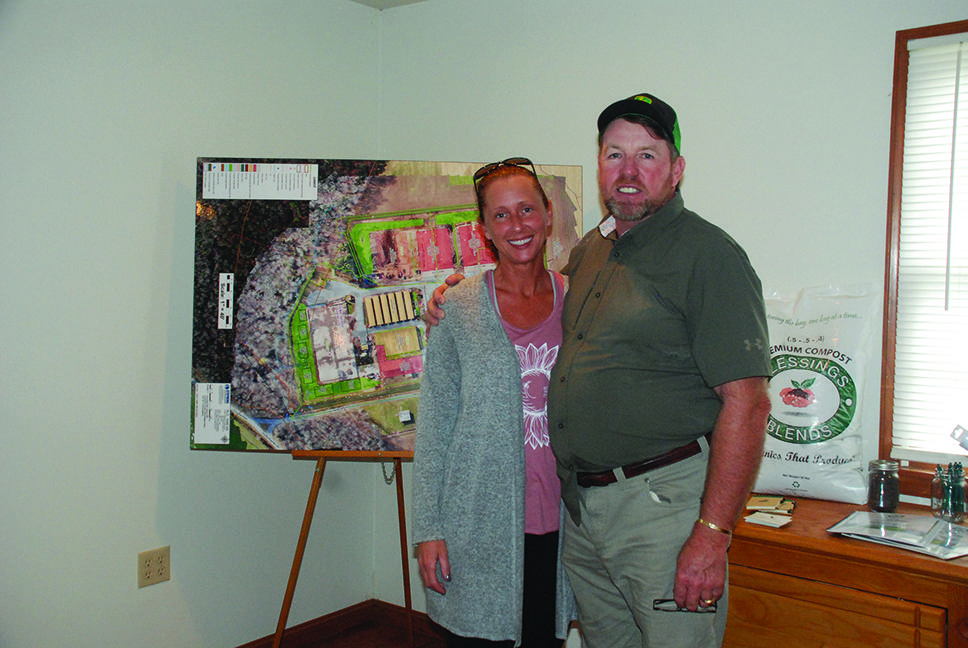 Bruce Blessing and his partner and director of operations, Marion Chandler, pose in front of an artist’s rendering of the $18 million indoor composting facility they plan to build in Milford, Del. (Photos by Carol Kinsley)