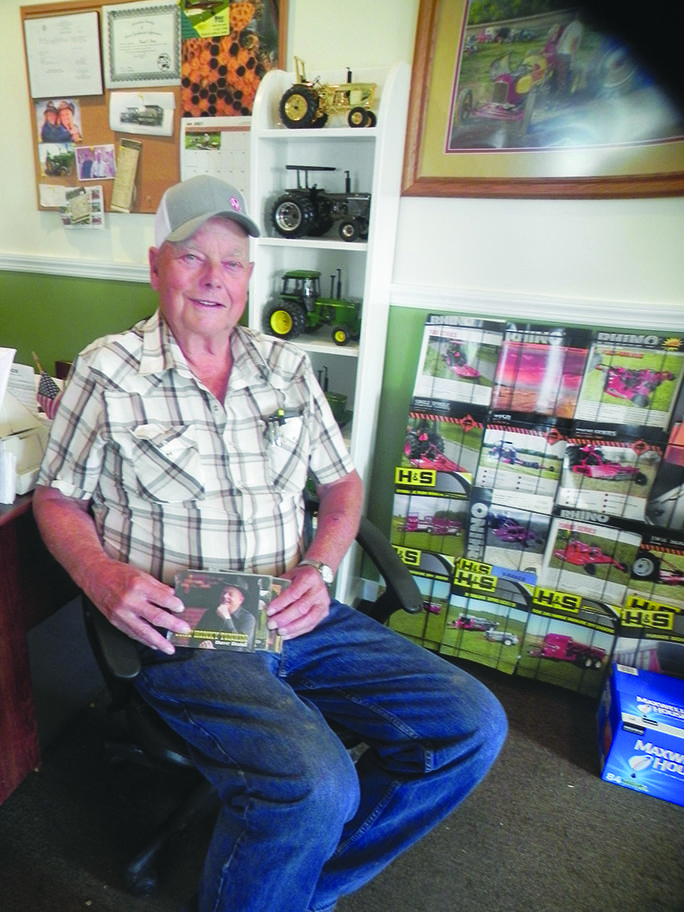 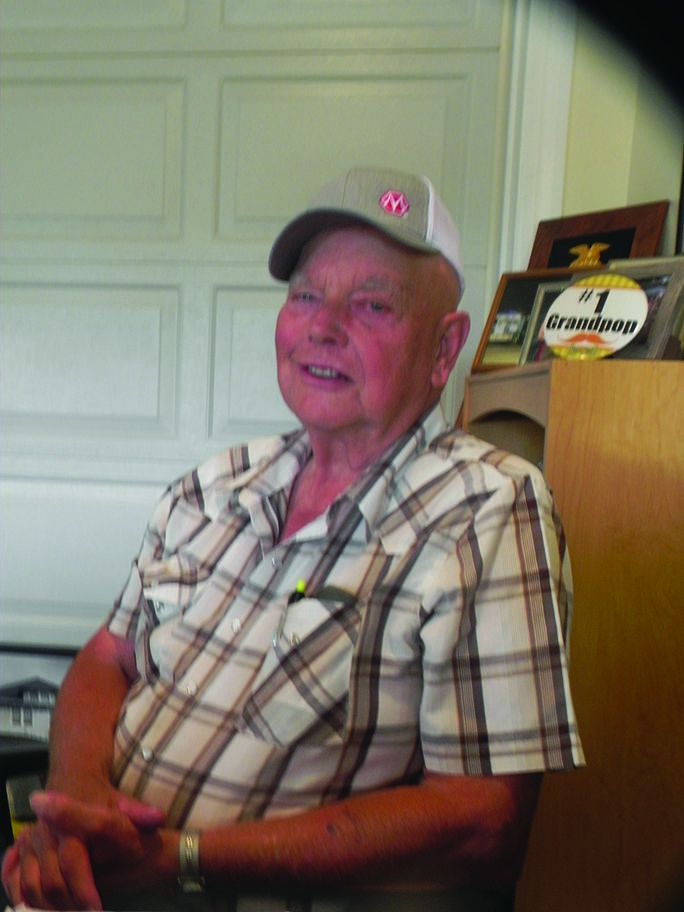 Retired from farming and used equipment sales, Dave Bond, 79, is still a “real country” singer and will perform Aug. 26 at the Hunterdon County Fair. (Photos by Richard Skelly)

RINGOES — As a third-generation farmer born and raised on the land he and his son still farm, Dave Bond, who will turn 80 in September, never much questioned why he does what he does for a living.
“I love the farming lifestyle,” he said. “I was raised here. It’s always too hot, too cold, too wet or too dry, but I love it. I got used to it years ago and that’s how it is.”
Bond, a big strapping guy, also moonlights as a “real country” singer and will perform Aug. 26 in the evening at the Hunterdon County Fair.
The land he and his son look after has been in the family since 1894, he explained in his son’s office for Dave’s Equipment Sales.
They buy and refurbish and resell used farm equipment at prices that won’t blow the budget for most farmers.
“We grew up with chickens, hogs and dairy cattle,” Bond said. “At one point we had roughly a hundred pigs running around and two or three sows, about a thousand chickens and 47 dairy cows.
“As business conditions changed, we sold the chickens and we sold the pigs. Eventually in 1977 I sold the cows.”
By that point he was getting into used equipment and learning that end of the farm business.
“Naturally, you go where the better money is,” he said, noting he worked with a neighboring farmer, Roger Everitt.
“We incorporated in 1968 but actually the first tractor I bought was when I was in high school,” he recalled. “I bought a Farm Boy H Tractor for $450, brought it home, cleaned it up, painted it and sold it for $650. I thought, boy, I was really making money.”
Bond graduated from Hunterdon Central High School in 1959.
Dave Bond and Everitt sold their portion of the Dave’s Equipment Sales to Scott in 2009, and since then, Dave has declared himself “retired.”
“My son started out from scratch buying and selling a tractor or two here and there and he’s worked it up to where the business is today,” Dave Bond said.
Dave’s Equipment Sales was launched in the late 1960’s when the elder Bond saw the need for refurbished used farm equipment.
“In the late 1960’s there was a farm sale almost every day in the potato country, and I would bring it home and sometimes we would refurbish it and that’s how we got started. We were known as equipment jockeys, that’s how we started.”
Today, Dave’s Equipment Sales offers riding lawn mowers to 300 HP tractors, “and everything in between,” he said.
He and Scott also farm about 500 acres of wheat and soybeans.
“We like wheat because of the ease of handling and it takes less time, so that gives my son more time to work with the equipment business,” he said, insisting that he’s retired.
“Compared to when we had cows, I feel like I’m on vacation every day,” Bond said. “It’s ridiculous how hard dairy farmers in this state work.
“And after I got out of high school in 1959, I intended to stay in the dairy business.”
Asked what makes his operation and farm unique, Bond said, “if it weren’t for the equipment business we probably wouldn’t have made it because the taxes are so high here. Just growing crops would have been very very difficult. For the amount of land we’re growing on, if you get a farm up to 2,000 acres some of those guys are doing good. Our land is marginal; a lot of it is red shale and a little bit of clay so in a wet year, the low areas drown out and the high areas dry out.”