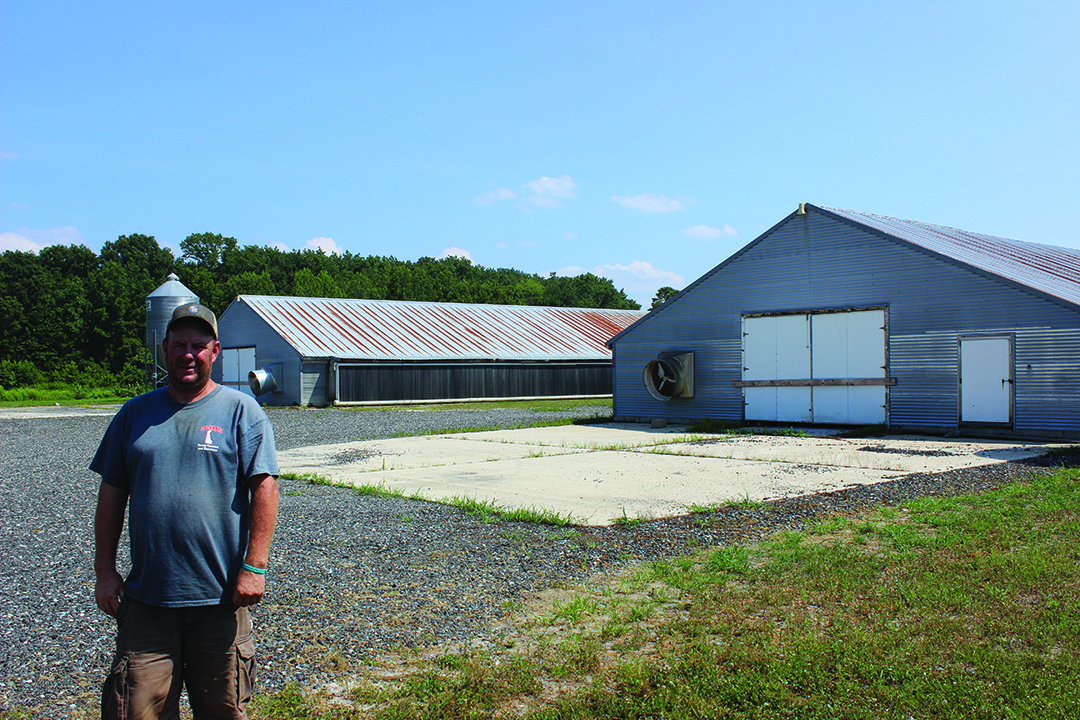 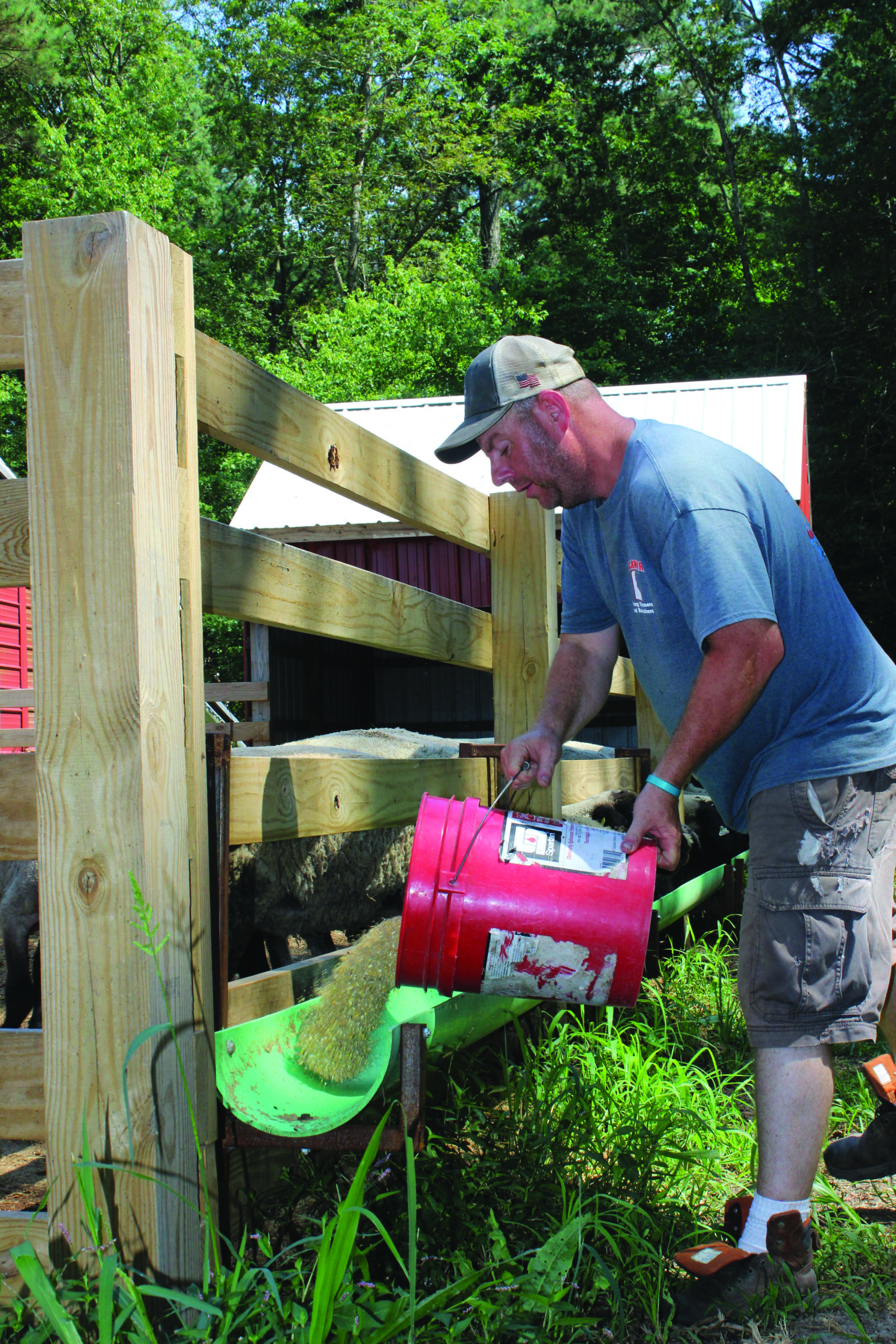 Steve Breeding feeds lambs at his parents’ Ron and Sue Breeding’s farm in Seaford, Del. After buying a former poultry farm, Breeding plans to expand his flock several times over, converting the houses for sheep production. He said he plans to run lamb operation somewhat similar to raising chickens, using the controller to manage ventilation and the feed tanks to hold and move the lambs’ total mixed ration. (Photos by Sean Clougherty)

Steve Breeding feeds lambs at his parents’ farm in Seaford, Del. After buying a former poultry farm, Breeding plans to expand his flock several times over, converting the houses for sheep production. (Photo by Sean Clougherty)

SEAFORD, Del. — Steve Breeding knew it was going to take a big step to start his own farm.
A couple of weeks ago, he took that step, buying a pair of chicken houses to convert to an intensively managed sheep operation.
Growing up in the 4-H and FFA programs, Breeding showed cattle, sheep and other livestock for years and has had a commercial flock for about nine years, raising about 60 lambs.
Using the former chicken houses, he said he expects to reach a capacity of about 1,000 lambs and selling about 100-150 each week to buyers serving ethnic markets in the East Coast’s urban centers.
“You’ve got to be about half-crazy to want sheep,” Breeding said. “I guess I’m all-the-way crazy for wanting this many.”
Coming from a farm family with relatively small acreage, he said he knew it was going to take some out-of-the-box thinking to get out on his own.
“I knew I was never going to be a 1,000-acre farmer, so I had to get creative,” Breeding said.
He said the idea goes back about five years to when he was shearing sheep at a friend’s farm, one of a few of Breeding’s off-farm jobs. The friend told him it was more profitable to raise lambs by bringing feed to them in the barn than keeping them on pasture.
“That statement has stuck in my head ever since,” Breeding said.
Working inside chicken houses for Integrated Poultry Services got him thinking about the possibilities and from there he began forming a plan, talking to experts and visiting sheep operations in nearby states.
By the time Breeding’s mother Sue jokingly showed him an advertisement for an 8-acre farm with two 40-foot by 500-foot chicken houses and a manure storage shed, he had already made his move.
“Little did she know I had already put a contract in on it,” Steve Breeding said.
Breeding said he plans to run his lamb operation somewhat similar to raising chickens, using the controller to manage ventilation and the feed tanks to hold and move the lambs’ total mixed ration. He said he’s now working on taking out the feed and water lines for chickens and then begin constructing group pens along the sides of the house with an open feed alley in the middle.
“My intention is to use a TMR mixer and run it like a freestall dairy barn,” he said.
Expanding and streamlining his production at his Shepherd’s Hope Farm will help ensure a more consistent product, Breeding said, something buyers and Midwest packers have told him is lacking in the area.
“The thing is numbers, you’ve got to have a lot of them,” he said. “There’s a market. People have to be not afraid to jump into the unknown.”
He said he hopes to be set up in the houses to handle lambing by December.
He said there have been plenty of people who have snickered at the idea. “I’ve heard every guy/sheep joke there is,” he said, but many more have been encouraging and said they want to see him succeed.
He said along with family, his loan officer, veterinarian and Extension specialists have been very helpful in scrutinizing the idea and preparing the business plan.
“You definitely have to have a good team,” he said.