Brothers back on family farm for their Golden Years 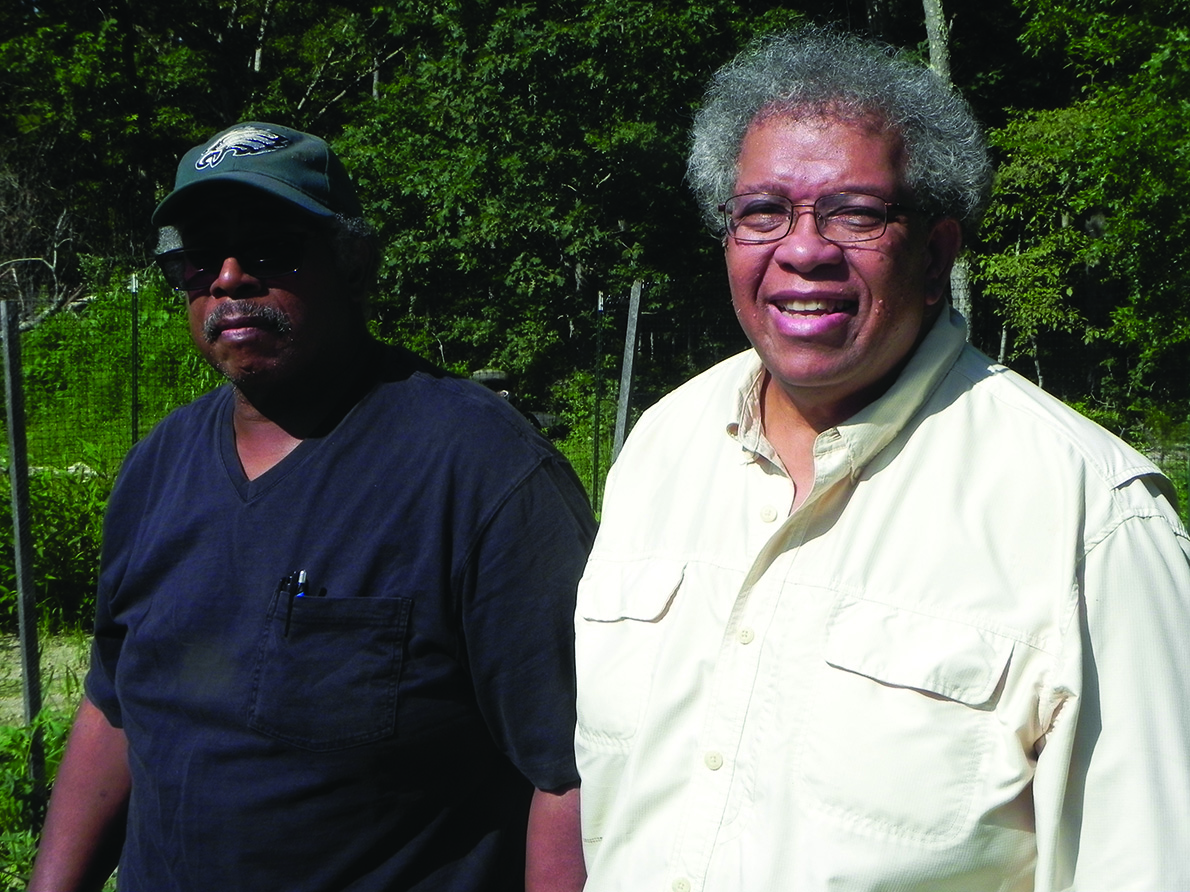 “The two of us are collaborating in growing produce and making this viable,” Bill Devine said of he and brother Ed. (Photo by Richard Skelly)

WILLIAMSTOWN, N.J. — Sitting under a big shade tree at a picnic table on a hot July Sunday, brothers Bill and Ed Devine expressed gratitude to long-gone parents and grandparents who taught them so many practical farm and food preservation skills.
“We are now enjoying the benefits of generational wealth,” Bill Devine explained as he sat with his younger brother Ed at an outdoor picnic table. Ed has been working at the farm full-time in his retirement and Bill comes down on Fridays and weekends from Plainfield to help growing jalapenos, habaneros, and a large variety of other peppers used in Rosetta’s Farm Spice Blends.
A very large grill sits on a nearby patio, and is here that the brothers begin grilling their fresh peppers for use in the spice blends they make.
They come from a family of seven siblings, but only three of them were raised on this smaller farm in Williamstown after the family had left Philadelphia. Ed has owned the property for years and recently retired from an engineering position at Taj Mahal Casino Hotel in Atlantic City.
“The two of us are collaborating in growing produce and making this viable,” Bill said. “I had always taken the knowledge I had from my parents and grandparents and tried to refine it over the years.”
While much of their 11 acres had reforested, once various growing plots were cleared, the brothers knew they had a problem with both deer and groundhogs, so they installed lower-cost deer fencing and groundhog fencing that extends two feet under the ground.
Ed is in his first few seasons growing potatoes, sweet potatoes and corn and finding outlets for his produce among friends in Philadelphia.
The brothers have cleared as much land as they could and plan to clear more land so crop rotations can continue in coming seasons.
Their mother Rosetta taught them all about growing their own produce, canning and different spices and flavors.
“I have some habaneros planted and some of them this year fell short,” Bill said. “So I may end up getting some from (Williamstown organic farmer) Bob Muth, who is a friend and a great resource for me to be able to connect and bridge the gap.”
The brothers have set up drip irrigation for all of their growing fields. All growing fields are surrounded by fencing.
“We’re smaller farmers, so we’ve got to make it work with what we do,” Ed said. “The most expensive part of the fencing are the posts.”
Both brothers agree groundhogs are their number one pest, even though deer are under stress in this part of semi-rural south Jersey too.
Their father Billy purchased the land and original farm house in 1963 with $5,200 cash direct to the seller when the bank wouldn’t give him a mortgage. Devine ran a variety of small businesses in nearby Philadelphia.
“Papa was a rolling stone,” Bill Devine said, laughing.