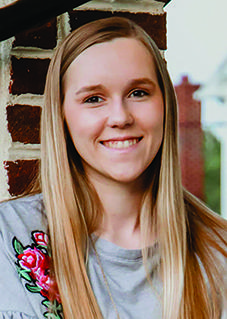 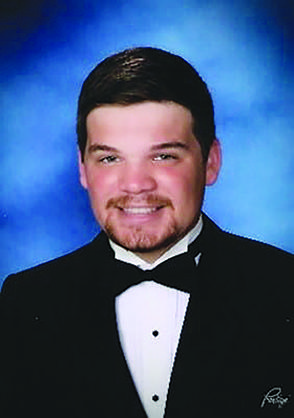 EASTON, Md. — Two students studying for agriculture-related careers were selected to receive Bruce W. Hotchkiss Memorial Scholarships totaling $3,000 from American Farm Publications, publisher of The Delmarva Farmer and The New Jersey Farmer newspapers.
This year’s winners are Taylor Burch, of La Plata, Md., and Evan Short, of Laurel, Del.
“It’s been very encouraging to read the applications of so many students who want to make an impact on their family farms and in advancing agriculture in the Mid-Atlantic region and beyond,” said Sean Clougherty, AFP managing editor. “We wish them all the best in their agricultural pursuits.”
Taylor Burch is enrolled in a four-year business program at the University of Maryland where she is majoring in business agriculture. She belongs to the University of Maryland Ag Student Advisory Board.
“Farming is hard work and often unappreciated,” Burch wrote in her essay. “Because farming is often unappreciated, I feel it is extremely important to remind the consumer that without farmers and farms, there would be no food.”
She said she lives on a 192-acre farm where they raise cattle, hogs, goats, chickens and vegetables. She spent last summer working at her family’s produce stand at the Del Ray Farmers’ Market in Alexandria, Va., and works part time at Hancock Family Farms in LaPlata, Md.
Burch said she is attracted to any conversation involving agriculture, because it creates an opportunity for her to educate someone on the industry.
“I have met so many people and really enjoyed talking about my farming adventures and my 4-H accomplishments,” she said, mentioning her eight years in the Charles County (Md.) 4-H system. “It totally amazes me how interested people are in discussing ways we raise vegetables and are constantly seeking planting and cooking advice.”
Short just began his first semester of studies at Clemson University this fall, and he said he is determined to continue his home-grown produce business in Laurel, Del., from more than 600 miles away in Clemson, S.C.
He said he began his self-starter business by converting a pop-up camper into a roadside “Little Farmer Evan’s Produce” in 2010.
He has kept the business going despite challenges of trying to qualify for loans, acquiring new land, equipment problems, diseases, pests and competition.
Short said he has aspirations of eventually being the No. 1 grain producer in Delaware.
“While in college, I want to learn how to overcome all the obstacles and challenges that come with farming,” he wrote in his essay. “I want to learn all aspects of farming, from the business side to the soil and all the insects in between.”
He said in his 10 years of being involved in his produce stand, he’s seen a lot o farms disappear.
“I have learned that farming is a thankless job and not many people want to do it any more,” Short said. “I am one of the few that want to keep agriculture alive in Delaware.
“I am the future of farming and with the support of our communities, we can make farming stay around for future generations.”