Cammalleri has made Valley Shepherd Creamery a cheese lover’s heaven 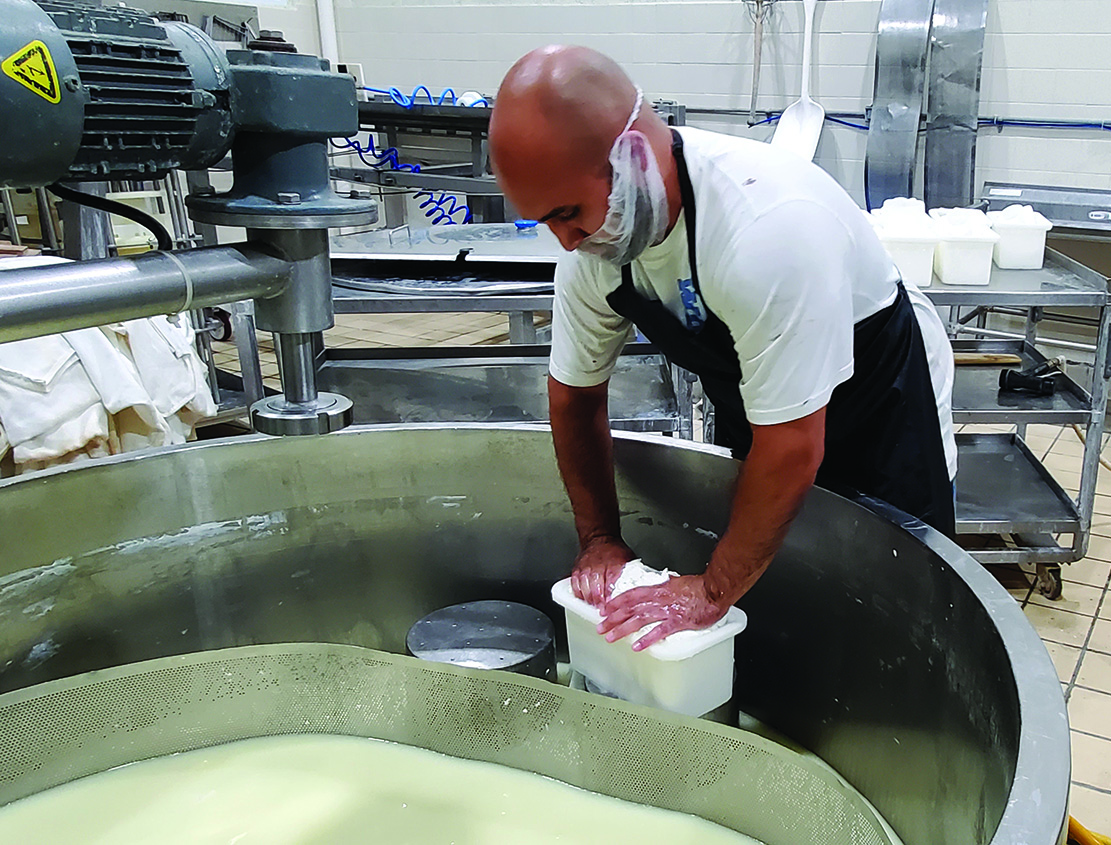 LONG VALLEY — Ask Aldo Cammalleri, cheese maker at Valley Shepherd Creamery, what his chief concerns are, and he responds immediately — rainfall or lack thereof.
“We’re not producing crops like they (traditional farmers) are, so we’re not affected in that way. But it does affect our fields as far as grass growth rate, the production of it, the nutrients in it. For instance, in the past there have been some really bad droughts in the area that affected the farmers here with their crops; for us, we’re not growing soy or corn or anything like that.
The only thing is the grass in the fields, it’s just affecting the nutrients in the grass. There’s not enough moisture in it.”
Eran Wajswol and his wife, Debra Van Sickle, both studied engineering at Hoboken’s Stevens Institute of Technology.
However, both heard the call of sheep — producing sheep milk and cheese to be exact — and founded Valley Shepherd Creamery, which produces primarily sheep and goat cheeses.
At his Hunterdon County home in the 1990s, Wasjwol had started with sheep only, and when seeking to increase production, purchased the Long Valley land and built a barn and buildings on the 122 acres.
He even dynamited a hole in a hillside to create his cheese Aging Cave a mile up the hill from his Sheep Shoppe retail market.
It’s a nice walk on a breezy day, but a 90-degree Friday forced visitors into a short one-mile SUV trip. Slow progression up the road yields sight of large, empty fields, which the goats and sheep — numbering close to 600 — use for rotational grazing.
“Basically, laying fallow until we’re ready to use it,” says Karoline Schoenlank, Sheep Shoppe Manager, of the beautiful greenery.
On a lower field, a group of goats and sheep each approach the fence as the vehicle passes. They know the time is coming to get milked. Cammalleri says, “What (rotational grazing) means is we’ll use the same field for multiple days and rotate them around,” he explains, “so they eat the grass evenly in the fields, and that also lowers the parasite load.” He then adds, “There never is a dull moment. We’re milking, we’re processing, we’re selling.”
“I think it’s over 20 years (old) now,” Schoenlank says when asked to date the creamery’s founding. “I know he (Wajswol) saw this as the perfect piece of land. It’s fertile ground, nice pastured land, and the hillside — the (cheese) cave is built right into the hillside. So, I think that’s what made this the ideal area for that purpose.”
She then says, “Sheep’s milk makes the best cheese due to the high fat content. Goats were added later. Although the fat content of goat’s milk is one of the lowest, it was discovered all the great goat cheeses we were able to produce such as our chevre (fresh goat cheese), Verigoat and Gotogetagoat, two of our very popular cave aged goat cheeses.”
“As far as New Jersey goes,” says Cammalleri, 24, “we’re the only one” milking sheep and goat for cheese.
On any given day, Cammalleri and crew can make one to four different types of cheeses. “Hectic,” he says, describing the workday. “Most days, just because there are things that are happening all at the same time. So usually I’ll come in the morning, start pumping milk, the interns will come in and take cheese up to the cave, or sometimes if they’re new I’ll have to multitask pumping milk, show them what they have to do for the day, and things like that.”
The cheese Aging Cave is between 50 — 55 degrees. When removed from their molds, the cheese brines for a specific amount of time, anywhere from 36 hours to five days.
Afterwards, they are placed on a drying rack for as much as three days, and then moved to a shelf to age. The oldest cheeses per name are placed on lower shelves, the newer higher up. Wajswol often uses the names of local communities to name his cheeses.
Some cheeses in the room are aged three to five months, some longer. “Tewksbury” ages for eight-plus months, “Valley Thunder”, a sharp cheddar, takes a year to age, and ‘Somerset”, a popular alpine style cheese, ages for 18 months.
For Cammalleri, every day is an education. “There is always more to learn,” says Cammalleri, “more and more as far as cheese making goes, animal handling, and even selling the cheese. There’s always something else to learn.”