Cawley: ‘The timing was impeccable’ 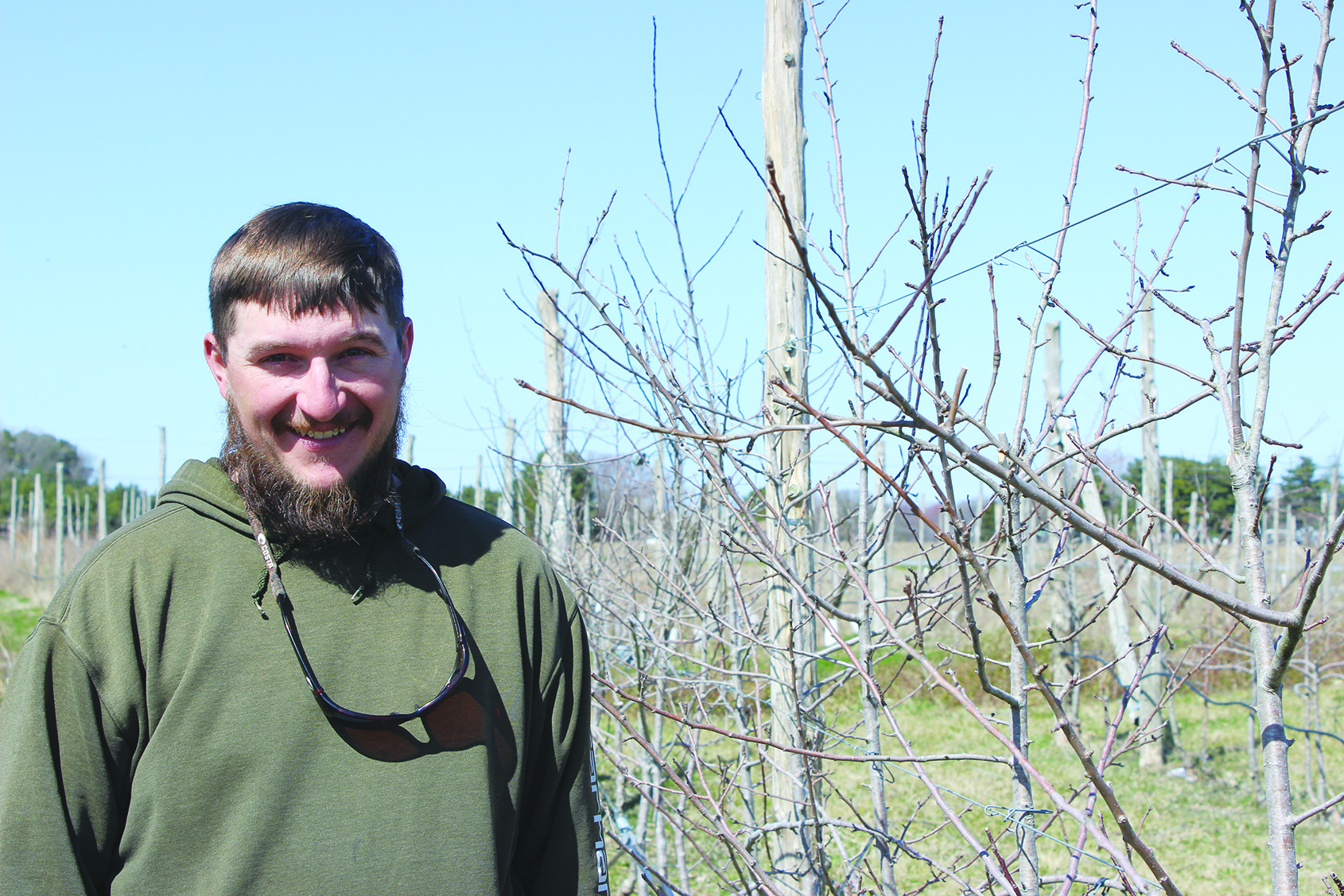 Intent on finding his own farm, Wayne Cawley saw opportunity in a neglected apple orchard alongside a busy highway. (Photo by Sean Clougherty)

DENTON, Md. — If Wayne Cawley hadn’t been having such a bad day, he may not be pursuing his farming dream now.
One day in May last year, after several setbacks in his work day, Cawley said his pickup quit and nothing he tried was helping.
Frustrated, he said he finally stepped back and said a prayer.
“Alright God, you got me here. I’m stranded and you’ve got my attention,” he remembers thinking. “What are you trying to tell me?”
To clear his head, he checked social media for a diversion or an inspirational quote and came across a property listing for a nearby farm. The 38-acre parcel had an existing apple orchard and acreage on both sides of Route 404, a busy highway, especially in summer.
“Thoughts flooded in my mind about the possibilities of what could be done with that property,” he said.
But, just as soon as it popped up on his phone, he brushed the thought away and got back to work.
A few days later, Cawley, 33, said his wife Kirsten sent him a link to the same listing and they again talked over its potential.
Though she told him to “go for it” he said he again pushed it to the back of his mind.
“As time went on, every excuse I would make, somebody would say, ‘Yeah, but…’” and counter with a reason to pursue the farm,” Wayne said.
The final push came after watching a church service online that had the message of putting your faith into action and he said it grabbed at him.
“The pastor probably said the word ‘redemption’ about a dozen times,” Wayne said. “I’m like, ‘Ok Lord, I get it, I get it, I get it.’” He told Kirsten he wanted to put an offer on the farm and if they get it, name it Redemption Farms and after making the initial offer in June, they closed on the property in September.
“Everything added up and came together,” he said. “When you’re doing something that’s God’s plan and not your plan, it’s funny how things work out.”
Wayne grew up in a Caroline County farm family and is a grandson to his namesake, former Maryland Agriculture Secretary Wayne A. Cawley Jr. He worked on the family farm, for farm service companies as a custom applicator and now works full-time at Evans Farms in Bridgeville, Del.
“I knew from the time I could crawl and talk that I wanted to farm,” he said. “I was eaten up with it pretty bad.”
For a few years, he operated his own Plain Wayne Farms, focused on heirloom tomatoes, peppers and pole lima beans, but he said poor weather in 2016 virtually ended that venture.
“It was good learning experience,” he said with a quick laugh. “I was working myself to death and really not making any money at it.”
He said he had since tried to buy other farms but for one reason or another, things didn’t work out and he had “kind of given up on it.”
Wayne quickly acknowledges the farm and orchard needs a lot of work after a year or more of neglect. But while some look at it and see the problems, he said he sees the opportunity with an established orchard ready to bear fruit this year.
“The way I look at it, the hard work’s been done, I just have to fix it up a little bit,” he said.
Wayne said he’s pursuing county permits to build a small roadside stand along a side road to the property. Along with apples he expects to have other produce crops he grows and sources locally.
“We need to get something here to get people here,” he said of the initial market. “The long-term goal is to have U-pick on both sides of 404 and markets on both sides.”
Now, as he works at renovating the orchard, Cawley can’t help but think about the way he and Kirsten came to be farm owners; the pick-up breaking down, the church sermon, encouragement from Kirsten and others.
“Had that not happened, who knows. The timing was impeccable,” he said. “I think it’s all part of a plan. It amazes me in my life how the most random things come together as a puzzle.”