HERSHEY, Pa. — Becky Maden, University of Vermont Extension, presented to participants of the Mid-Atlantic Fruit and Vegetable Convention data from her several years’ study of soil steaming in high tunnels.
Focusing on chickweed, she noted that uncontrolled chickweed has been observed to lead to 100 percent crop losses of winter greens in Vermont and the Northeast.
She pointed out, “Most growers who have chickweed in their tunnels control it through manual removal, which is slow, costly, and must be repeated as seed germinates. ​ 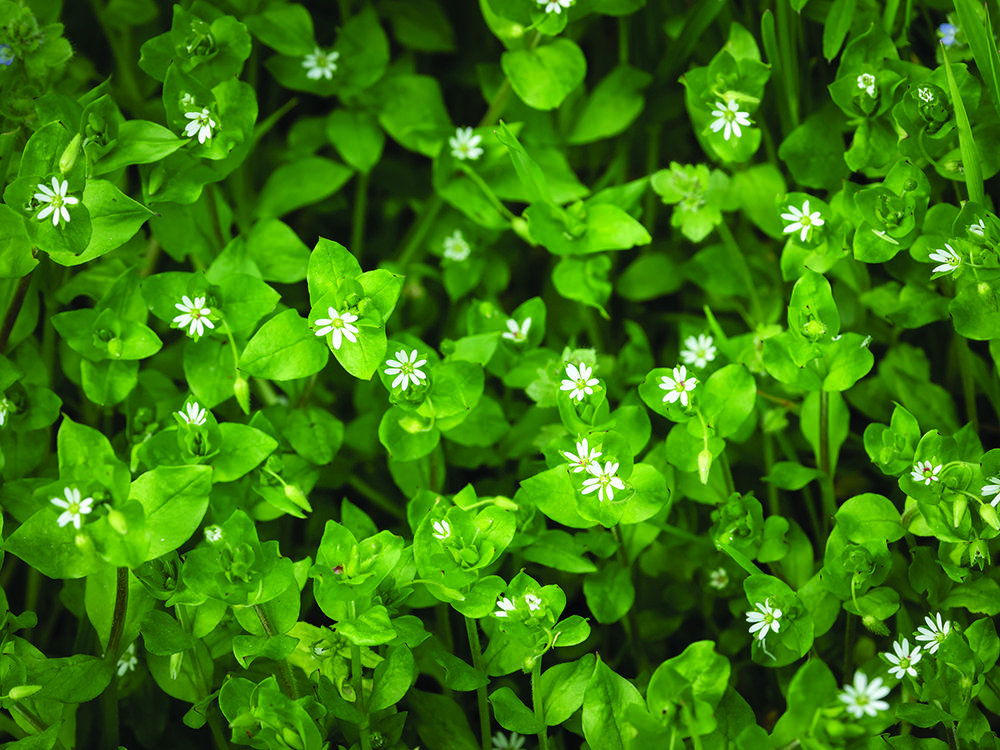 Chickweed in high tunnels is well adapted for over-winter growth. Emerging primarily in the fall, optimal germination is 53 to 68 degrees. (Getty Images photo)

Both organic and conventional farms rely on physical controls, she explained, since few herbicides are labeled for high tunnels. In a typical 60 feet by 96 feet tunnel, a moderate infestation requires 30 person hours annually. At $15 per hour, with three weeding dates of ten hours each, the cost would be $450.
Unfortunately, even with this control, growers report an average yield reduction of about 50 percent. Assuming a potential yield of 1 pound per square foot, and a market price of $3 per pound, the lost revenue would be $4,320 annually.
Chickweed in high tunnels is well adapted for over winter growth. Emerging primarily in the fall, optimal germination is 53 to 68 degrees F. It is an excellent nitrogen scavenger. It can flower within a month, and set seed in two to three months, and produce 25,000 seeds per plant. It thrives in high fertility, moist soils. It can take three years for the seed bank to be reduced by 50 percent. According to Michigan State reports, after ten years, 6 percent of the seed may remain viable.
Soil steaming has been used in floriculture greenhouses, tobacco fields and some other commodities to control both weeds and soil-borne diseases. Even though it is used worldwide as an alternative to fumigation, little is known about its effect on soil biology.
Maden reported, “Most high tunnel growers in the Northeast try to use practices that promote healthy soil biology, so they have reasonable concerns about the effect of high temperatures during steaming.”
However, she noted that the lethal temperature for different soil organisms has been well documented. Plus, it is known that most weeds are killed at lower temperatures than soil microorganisms.
She pointed out that this particular project documents the temperature impacts on microorganisms by collecting soil samples at different times in the winter growing season and analyzing their biological activity.
According to previous research, high steam temperatures can seriously impact nutrient cycling and availability, especially in soils with high levels of organic matter such as high tunnels. Maden said, “Once the soil reaches 180 degrees F, bacteria that convert organic matter to nitrate are killed, whereas the bacteria that convert organic matter to ammonia may survive. This can lead to a high ammonia content in the soil several weeks after steaming.”
To avoid root burning and crop losses, she said that growers would likely not wish to plant crops into that period of high ammonia. Also, over-steaming causes a buildup of other toxic substances in the soil, particularly manganese and soluble salts.
Maden’s own on-farm research is generating data for best practices to both control chickweed and support healthy soil. “During the fall/winter of 2020 and 2021, we rented a soil steamer and applied three different steaming temperatures in replicated blocks.”
They are assessing the percent chickweed mortality over the two years. Using the normal sampling of 6-inch depth, aggregating 15 sub-samples per plot, the soil samples are analyzed.
They use the saturated media extract method to measure soluble nutrient levels, including soil nitrate and ammonium, as well as pH and total soluble salts.
For microbial activity sampling, Maden’s project uses the Biolog Ecolog plate. This characterizes carbon and nitrogen substrate utilization as an indicator of microbial populations.
To track the changes, they compare the treatment before steaming, one week after, one month after, and six months after in each year of the project.
Maden noted that although the project is just over halfway, there are some preliminary conclusions.
These include: reduction in yield losses which increase net revenue; control with a high weed seed bank is not long-term; damping off in spinach appears reduced; microbial activity and diversity appears to rebound within a year after steaming; crop growth appears enhanced, hence nitrate is available; challenges remain for optimal achievement and maintenance of soil temperature; and maintenance and usage of new steamers excels old steamers, although the basic functions are equal.