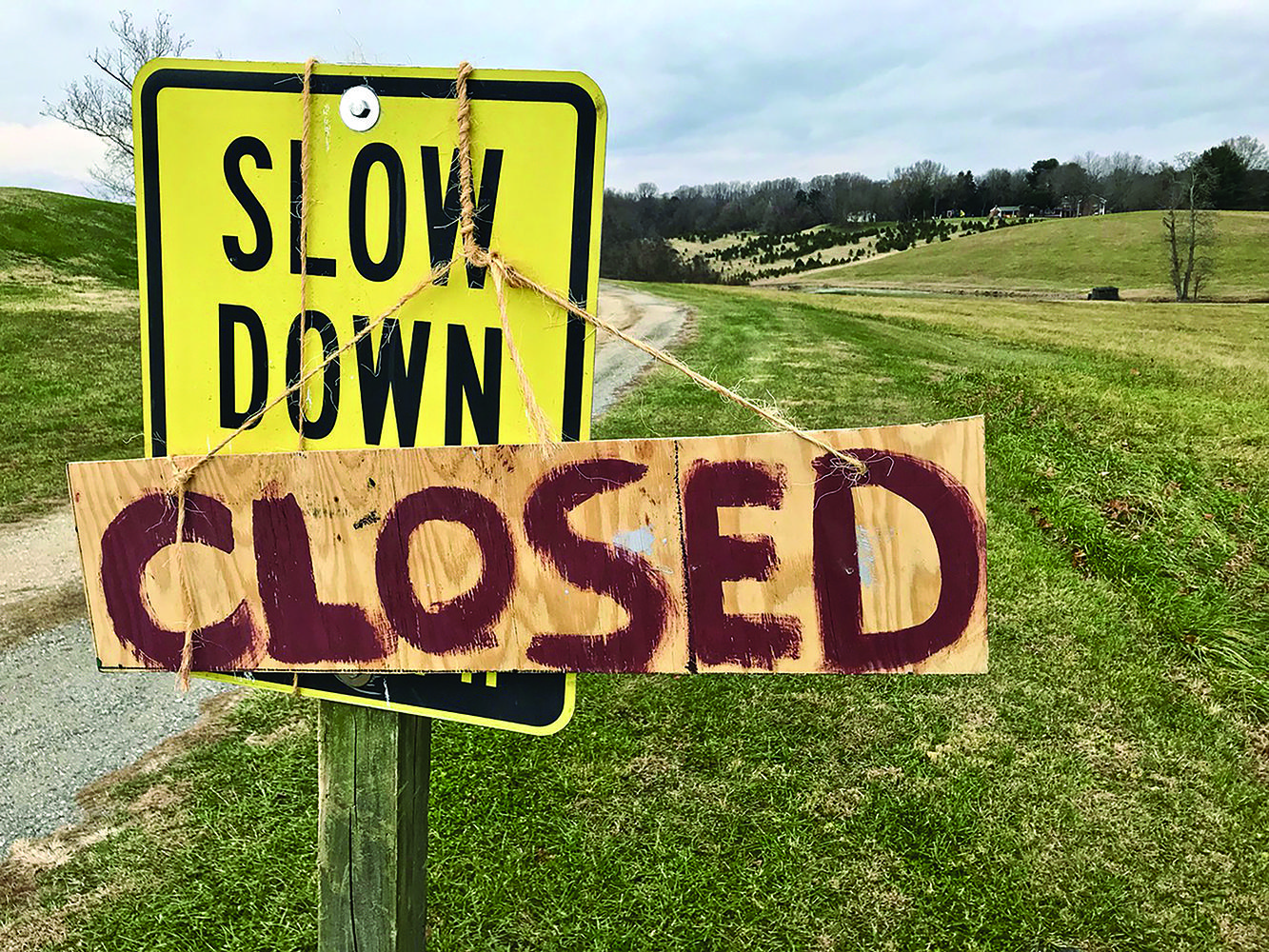 Modlins’ Tree Farm in Lothian, Md., was closed for business Dec. 8. The farm, pictured in the distance, opened on Nov. 26. “We were absolutely blown away by how quickly we sold out this year,” the farm said on its Facebook page. (Photo by Jonathan Cribbs)

Friendship Trees in southern Anne Arundel County, Md., opened this year, as it usually does, on Black Friday. The farm closed almost as fast as it opened. Roughly 1,400 trees were sold in just four brutally busy days, said Magill, 51, whose family owns the farm. It was, in a word, “worse” than last year, which was also extreme.

It’s a common story among tree farms and sellers in the region and across the country. A constellation of problems, from a still-recovering national tree supply to supply-chain issues and environmental disruption along the West Coast, has created a frazzled market with fewer choices for consumers and skyrocketing prices.

About 94 million homes will put up a Christmas tree this holiday season with roughly 16 percent — or about 15 million — of them farm-grown, according to the American Christmas Tree Association in Los Angeles. The majority will be artificial.

But industry representatives said last week that anyone who wants a natural tree will be able to buy one. Across the country, news headlines abound regarding a tree shortage, a source of frustration for Doug Hundley, spokesperson for the National Christmas Tree Association, a Littleton, Colo., group which represents tree farmers. He claims news of a nationwide shortage has been greatly exaggerated, not just this year but for the last several.

“We have a tight market,” he said. “Without an excessive supply for the first time in 15 years, prices have been able to rise, and, honestly, it’s saving the industry. … We don’t know any community or group of people who can’t get a real Christmas tree.”

That’s news to Don Hallowell, owner of Don’s Tree Farm in Greenwood, Del. He sells trees from his farm and also serves as a wholesaler for retailers such as temporary tree lots that often pop up in shopping center parking lots for the holiday season. Business, he said, is up by nearly a third this year, and he stopped taking wholesale orders in the first week of September, about two months earlier than he typically does.

“There’s definitely a supply issue all across the country,” he said. “We’re getting phone calls from Colorado from people trying to buy trees in Oregon. … If there’s not a supply issue, why would somebody call me in Delaware trying to find trees?”

Record heat waves and wildfires in late June strained many Christmas tree farms in Oregon and Washington, which produce a large number of the country’s trees — a crop loss that will affect the industry for at least a decade. Many of Hallowell’s retail customers are frustrated when they show up and see the prices, he said, which have increased up to 20 percent over last year. Still, one of his common $175 trees is selling now for about $500 in the Washington, D.C., metro area. Driving those increases are the same forces boosting prices for products across all industries, he said. He sometimes buys trees from farms in North Carolina. Shipping for a truckload used to cost $1,500. Now it’s about $4,500.

“It’s crazy,” he said. “The cost of doing business is up in everything we do. It doesn’t matter whether it’s food, fuel. Whatever we were doing a year ago… is up 25 to 30 percent across the board.”

All of these issues are in addition to the usual concerns plaguing the tree industry, he said, such as the rising age of the average tree farmer and retirements. A Delaware Christmas tree association he joined in 2008 had 37 members. It’s now down to a handful, and the association is on its last legs, he said.

“The Christmas tree industry is one of the hardest industries only because you can’t do it with tractors and combines,” he said. “It’s all manual, physical labor.”

Maggie Wiles, retail manager at Greenstreet Gardens in Lothian, Md., isn’t sure there’s a shortage of actual trees, but she knows labor has been a huge problem. Businesses that make wreaths and other seasonal decorations are struggling to find help, and tree farms in North Carolina which sell to Greenstreet don’t have enough drivers or labor to harvest and move shipments.

An $80 tree last year — most likely a Fraser fir — could be $110 or more this year. Customers quickly realized elevated pricing is the new normal.

“Early on, people were a little surprised, but once they started going around to other places, it’s the same across the board,” she said.

Hundley’s tree association is urging customers to buy early both due to the lack of excess supply but also the behavior of other consumers who are buying earlier out of worry. Still, he’s certain there’s plenty of supply in the Delmarva region, and, he emphasizes, no shortage.

“The East Coast is saturated with Christmas tree farms,” he said. “I promise you, the week before Christmas go out and see if there’s not Christmas trees available for you to buy. That’s our point.”