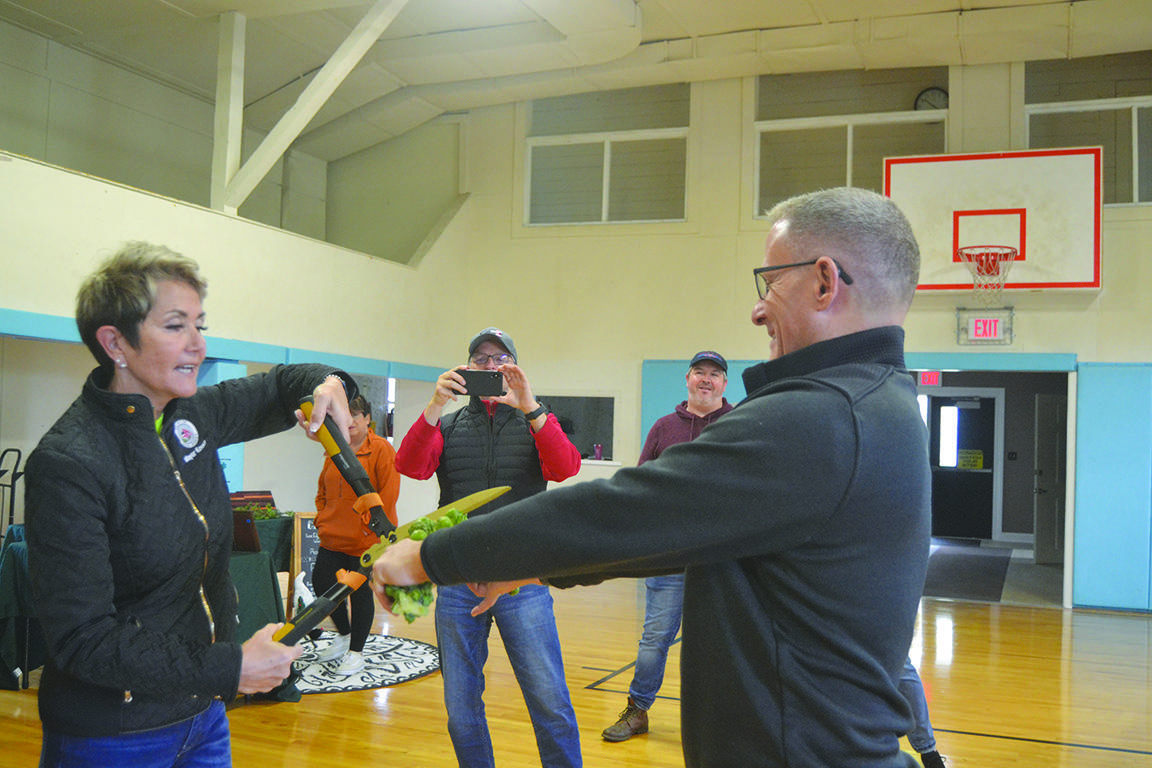 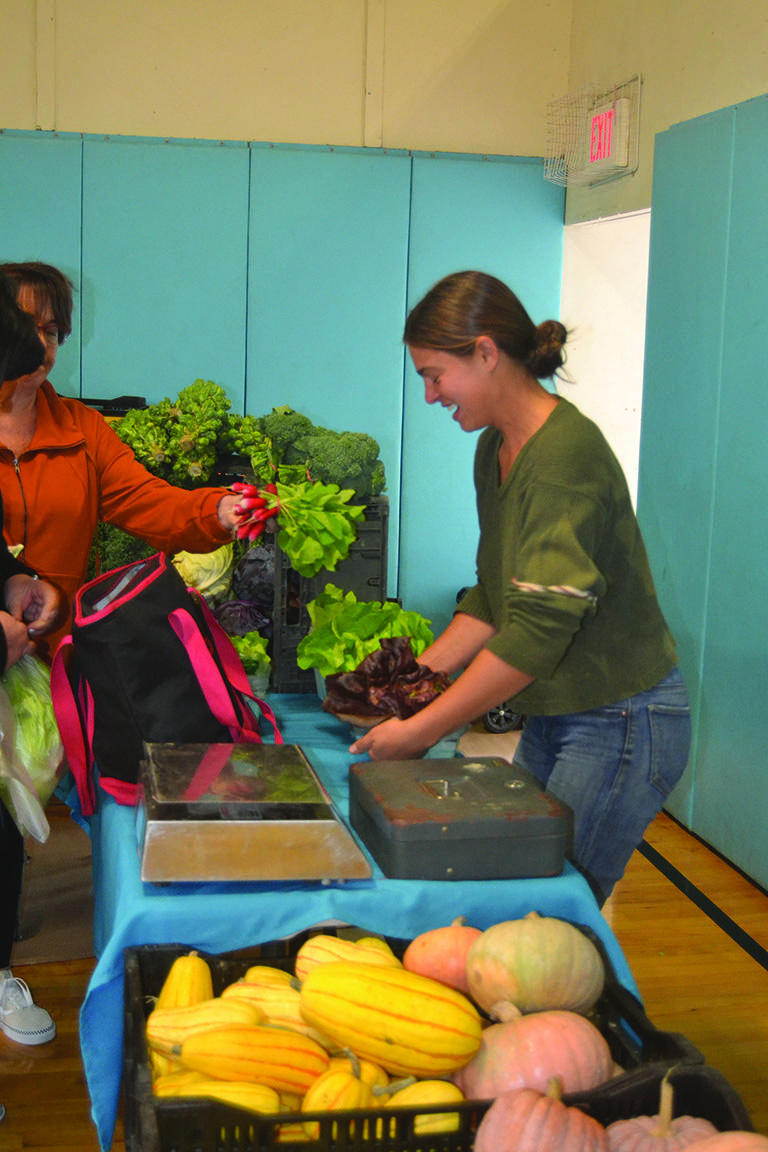 Jenna Kasahalios, above, of Two-Barn Farm in Pittstown, packages cabbage for a customer at the Clinton Winter Farm Market. In the top photo, Clinton Mayor Janice Kovach, left, cuts a stalk of Brussels sprouts commemorate the debut of the market. (Photo by Jane Primerano)

CLINTON — It wasn’t a ribbon-cutting exactly, but it served to officially open the new winter Farmers Market in the town Community Center on Halstead Street here.
Mayor Janice Kovach arrived with a pair of garden shears because the “official” scissors were locked in a drawer in town hall, as was the official ribbon.
Councilman Kyle Perloff suggested a carrot-cutting, but Jenna Kasahalios of Two-Barn Farm in Pittstown, one of the vendors, suggested a stalk of Brussels sprouts.
So the winter market opened with a Brussels sprouts cutting.
Clinton’s summer market is held in the parking lot between the North Hunterdon Branch Library and the community center.
Caroline Juel, a vendor and social media manager for the market, said she offered a slot in the winter market to all of the summer vendors. She is steadily trying to grow the market and says she is getting between one and three applications a day. “I love bringing in farmers with a niche,” she said, adding she is hoping to get a garlic farmer.
The town council discussed opening the market during the winter at several meetings during the summer and fall. Perloff and Councilman Mike Humphries were especially interested. They, and Councilman Ross Traphagen joined Kovach at the grand opening.
Also there was John Creech, chair of the town’s economic development commission. He admitted it was the first Brussels sprouts cutting he’s attended.
The commission is very much in favor of a winter market, he said.
Kasahalios was doing a land-office business in produce. She said her farm has sold at Clinton since the market opened. “We’ve built our farm off these sales,” she said.
“We’re a four-season farm,” she said, with a focus on fall and winter vegetables.
She had a large display of broccoli, squash, radishes, potatoes, apples and, of course the Brussels sprouts.
Juel likes to bring in local vendors. Two-Barn farm is about eight minutes away. Slightly farther is the Croton Farmers’ Cooperative at The Blue Jingler Farm in Flemington, which features different meats, and Wildspawn Mushrooms of Lambertville which has many varieties of mushrooms as well as honey.
The market also features non-farm vendors, including Juel Studios where Caroline Juel displays her hand-printed fabric items such as tote bags and makeup bags. She also sells handmade cards. Kris Kreations sells beaded jewelry. Other vendors sell wood products and soap.
Several regular customers were looking for The Cookie Lady, a very popular vendor, but Juel had to break the news to them that she got bronchitis from her children.