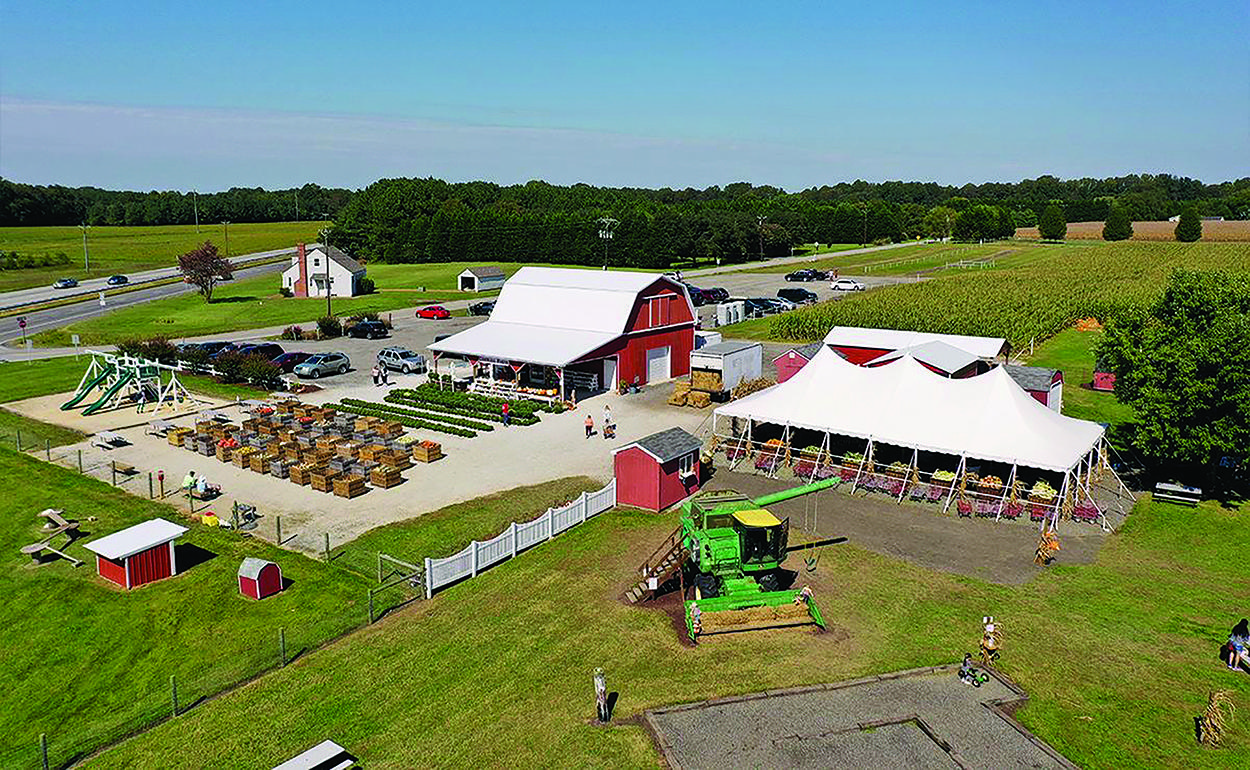 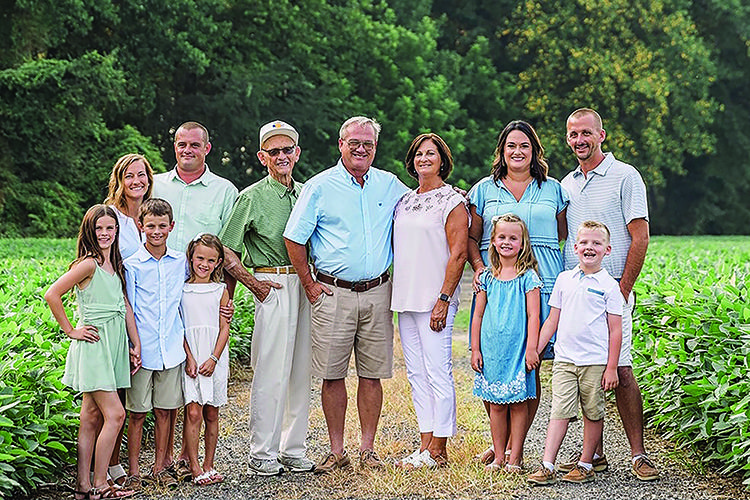 CORDOVA, Md. — Councell Farms, more commonly known to people young and old traveling down Rt. 50 through Talbot County as “the pumpkin patch” is full of tradition.
The Councell family is heading toward their 12th generation of farming, and the droves of families they have had to their farm over the past 40 years also consider that same ground part of their own family traditions.
Originally called Rainbow Farms, the farming destination started business was first started as a produce stand by Chip and JoAnn Councell in 1981, shortly after they were married.
They eventually renamed it Councell Farms, with the “Field of Fun” debuting in 2008.
In those early years, Chip and JoAnn also added the kind of farm hands that stay with you — kids. Their children, Melissa and Jason grew up learning and working on the farm and now have families of their own.
Jason and wife Casey have three children, Avery 12, Davis 10 and Sydney 9. Melissa and husband Jason Dodd have two children, Anna, 7 and Nathan, 6.
Jason Councell followed in his farmer’s farming footsteps, while Melissa and Casey would help run the stand along with working full-time jobs at the time as a teacher and a paralegal, respectively.
Melissa’s husband Jason was also roped into the enterprise when he wasn’t leading hunting parties for his own family’s business. When farming calls for labor though, the whole family responds. Chip and JoAnn’s grandchildren, the 12th generation of Councells contributes in planting pumpkins, filling the bins outside the market in the fall or doling out food cups to feed to the goats.
With Jason and Melissa’s families coming on board more and more, the family decided to transition out of the produce business and put its sole emphasis on the Field of Fun and Pumpkin Patch. The timing worked better for the Councell family as well as visitors, and was a compliment to the local school schedule, Casey said.
Another transition came in 2020. The young Councell and Dodd families were officially handed the duties of running the agritourism operation in 2020 allowing Chip and JoAnn to focus on the farm’s grain production and maybe even relax a bit.
Transition and change would become the main theme of the year as the COVID pandemic set in and the Councells, like all farmers, faced uncertainty.
As farmers have done for years when facing a potential hardship or problem, they just kept their hands in the dirt and kept on planting.
“They were out there working all summer, preparing for a fall we weren’t even sure could happen.” said JoAnn,
Luckily, the gamble to push through paid off and they had a great season by the time fall rolled around, with families ready to get outside and play. While most school districts were still masked, the fresh air at the pumpkin patch was a way for families to be active outside and connect with people in their community. The market section was already in an open air setting and they shifted their Vanderwende ice cream scooping to a walk up window model.
With most restrictions lifted, field trips now are back in heavy rotation. During the week, field trips are a staple to the farm. In September and October, over 2,500 students, mostly in kindergarten and first grade, pass through the farm and hear JoAnn, Melissa and Casey teach them about agriculture in a fun way.
More and more, they say people tell them, “I went on this same field trip when I was a kid,” which may make a person feel old but for a farm, signals success.
On weekends, another steady line of visitors at the farm are the fall birthday boys and girls and their parties. The party sheds make a great spot for friends and family to gather, and guests also get an ice cream treat before running around in the hamster wheel or trying their hand at lassoing a play steer. Parties book up early in the season and even with slots around the clock on weekends, can be a hot ticket to nab, Melissa said.
The Councells predict on weekends that over half of their guests are driving from at least 30 minutes away and many make the trek year after year to pick pumpkins, walk through the corn maze and do all the other fun activities.
The other half are locals, many who get a season pass for popping by after school or on a weekend afternoon, allowing the parents to socialize and the kids to slide down the combine slide or set up shop in the playhouses. The farm also keeps its longstanding tradition of letting grandparents in for free, even before Chip and JoAnn became grandparents of five.
Chip remains active on the farm and has also become a national farm advocate, serving as a leader on the U.S. Grains Council and as the President of MAIZALL, the International Maize Alliance. And when JoAnn’s not at the patch, she’s still doing the farmwife duties of running lunches helping to move equipment to the next field and letting those grandkids hitch a ride.
Councell Farms is all about family — theirs and yours, JoAnn said. If their history is a guide, many of the kids getting their picture taken in front of the pumpkin sign at the Field of Fun will be taking a photo of their kids one day in the same place.