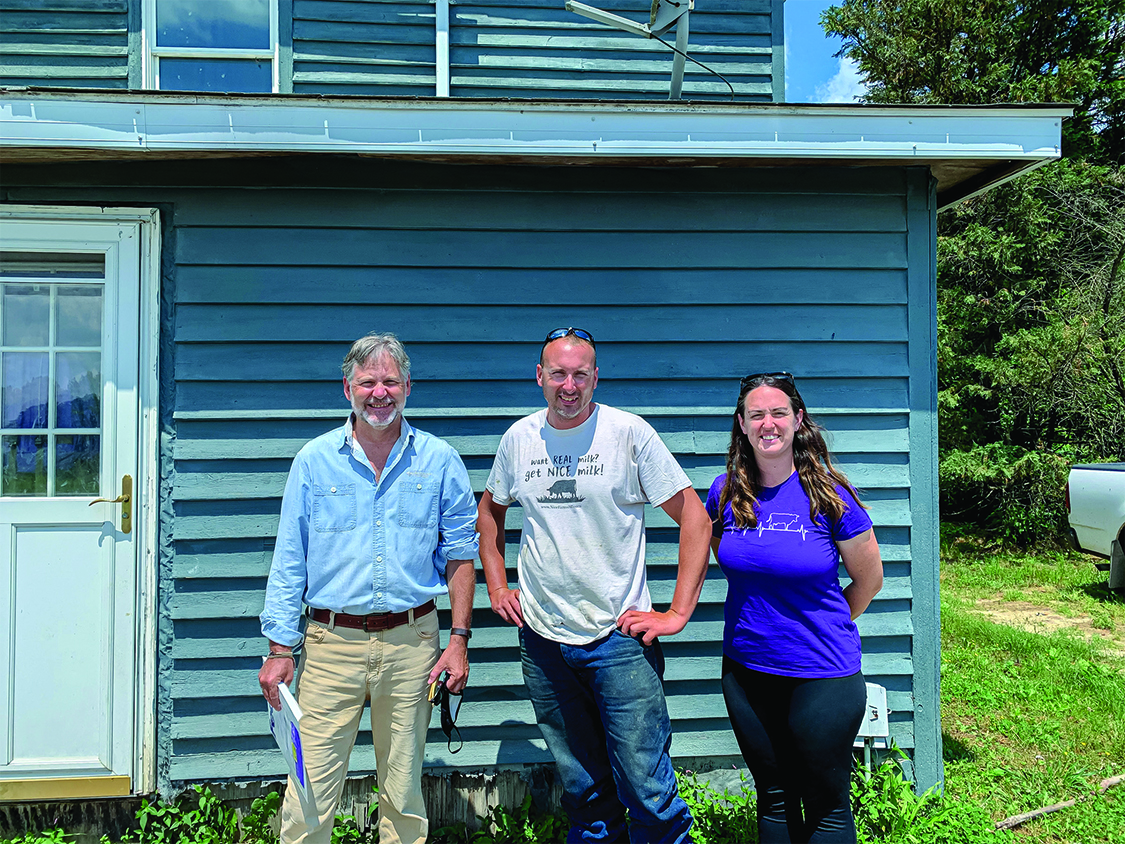 FEDERALSBURG, Md. — Who can remember home milk delivery? The milkman left milk, butter and cream on the doorstep for the family to pluck from the stoop soon after it was delivered. That business model has all but disappeared, a victim of the transition to longer hours away from home. Cream and half-and-half do not improve with day-long exposure to heat. But one dairy family revived this classic service when COVID-19 raged and milk became scarce in grocery stores.
Nice Farms Creamery, a 201-acre dairy farm in Federalsburg, lost many of its wholesale clients when coffee shops, restaurants and other outlets were forced to close to stop the spread of the pandemic. Dairy owners Bob and Jaclynne Miller wanted to prevent an economic disaster on the farm they had recently purchased from Bob’s parents.
Within 72 hours of the main retail closures, “We decided to start an emergency milk home delivery service. It was like planning an Army operation,” says Bob, who served five years in the U. S. Army’s 10th Mountain Division, achieving the rank of Captain in field artillery.
“We targeted certain areas based on where our farmer’s markets were and where we weren’t already selling but could be,” he says. Home delivery solved two problems at once: getting fresh milk to people who were isolated in their homes and providing a market for the milk. After all, as Bob notes, “We need to milk cows every day.”
Even delivering to some 300 homes, the Millers were still dumping milk. Then, Pat Harvey of the Tuckahoe Steam and Gas Association asked if Nice Farms could provide milk to food banks that had no supply. Jaclynne recalls, “We told her, we’ve got to pay for the bottle, the label, the cap…” Pat suggested running a donation drive.
“So we put it out on Facebook, seeking donations to cover costs of processing and packaging the milk. We thought we would sell four or 500 gallons. We sold 1,894 gallons. We had to shut it off. It got to the point where it was not sustainable,” recounts Jaclynne.
Although home delivery and the food bank project helped save Nice Farms, time and labor demands were staggering. Bob explains, “We went from working a 14 hour day to working a nearly 20 hour day. These deliveries would be six hours long. It was very taxing. It was sheer determination. Once we got over the initial fears, restructured ourselves, and switched how we operated to the new model, the demand was there. We just had to adapt to it.” Jaclynne adds, “I said, ‘We are not going to fail at this.’”
Bob and Jaclynne noted they appreciate their Farm Credit loan officer, Greg Williams, and his availability during the crisis. “We didn’t reach out to him, he reached out to us and wanted to know how we were doing. None of my other banks called,” says Bob. He notes, “Not only did Greg support the home delivery route in his town, he helped spread the news. That’s above and beyond for any banker.”
“I really enjoy working with the Millers and commend them for their success during the pandemic,” says Greg. “Their creativity and determination really make them stand out in such a niche business.”