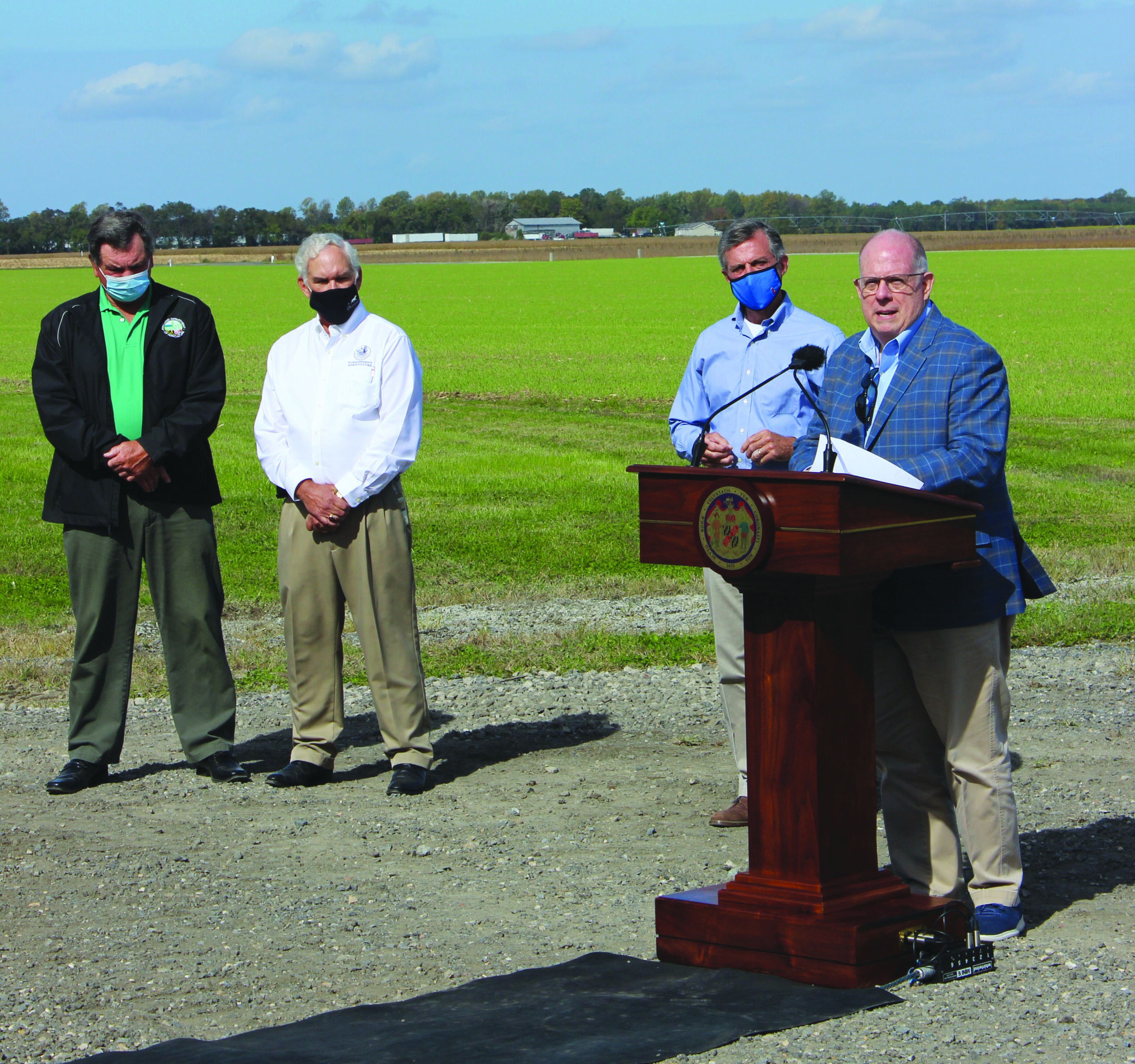 HURLOCK, Md. — Governors from Maryland and Delaware announced assistance programs for contract poultry growers who have been left out of federal relief programs for agriculture.
In the separate, but nearly identical programs, the states are offering grants to poultry growers impacted by the COVID-19 pandemic with direct payments of $1,000 per poultry house, up to five houses per farm.
Growers whose flocks were depopulated during the pandemic will be eligible for an additional $1,500 per house.
The deadline for growers to apply for either program is Dec. 1. Delaware growers can apply for the Delaware Contract Poultry Grower Grant Assistant Program online at agriculture.delaware.gov/grants-loans and Maryland growers can apply for the Maryland Farmer COVID-19 Relief Program at https://mda.maryland.gov/pages/farmer-relief.aspx.
The Maryland program also offers a 15% bonus payment to any Maryland farmer who received federal funding through the first round of USDA’s Coronaviurs Food Assistance Program payments. CFAP provides financial assistance to producers of agricultural commodities who have suffered a 5-percent or greater price decline, or who had losses due to market supply chain disruptions related to the COVID-19 pandemic. Maryland distributed nearly $24 million through the first round of CFAP payments and has distributed more than $16 million in the second round of the program.
“Far too often our farmers don’t get the respect or the appreciation they deserve, but I want our entire agriculture community to know that your commitment to our state and to our agriculture industry does not go unnoticed,” Maryland Gov. Larry Hogan told a small crowd of media, farmers and members of the region’s agriculture community following a roundtable discussion with farmers and agriculture officials at Russ Stevens’ Cherry Lane Farm.
Delaware Gov. John Carney said the roadblocks COVID-19 has thrown at contract growers has been out of their control and the new program is a way to support them in producing food.
“When you’re talking about contract growers, you’re really talking about the family farmers who are the backbone of the industry in Delaware,” Carney said. “It’s not just a business, it’s more a way of life.”
According to the trade group Delmarva Poultry Industry, Inc., chicken companies in Delaware and Maryland placed 45 percent fewer chicks in farmers’ chicken houses in early May, after quarantine measures and business closures took effect around the country, than those companies had placed two months earlier.
Only 6 million chicks were placed in family farmers’ chicken houses in Delaware and Maryland the first week of May, a significant decline compared to the 10.7 million chicks placed on those farms in the first week of March. That drop in chicks placed represents lost income for Delmarva’s more than 1,300 farmers raising chicken in contractual agreements with chicken processing companies.
Growers are paid on their performance in raising the chickens on contract for integrated poultry companies that own the birds.
Holly Porter, executive director of DPI said the assistance announcements are “huge” for contract growers who still have farm mortgages and bills coming in while their income withered.
“This is helpful in just paying those electric bills, paying their mortgage,” Porter said. “The chicken industry never called time out during the COVID-19 pandemic, and the food web held together under real stress,” Porter said. “Chicken growers saw significant income interruptions, and while federal aid has helped repair balance sheets for other U.S. farmers, contract chicken growers have been left on the sidelines. With this grant program, Gov. Carney and Gov. Hogan are delivering real assistance to farmers who suffered losses from COVID-19, and DPI applauds their commitment to the chicken community.”
The 15-percent CFAP bonus in the Maryland program could be the difference-marker for some grain farmers making money this year, Lindsay Thompson, executive director of the Maryland Grain Producers Association as corn prices are hovering at of below most farm’s cost of production.
“This allows them to get into the field with the thought of breaking even or turning a profit this year,” Thompson said.