Delaware State Fair on as scheduled

HARRINGTON, Del. — As many fairs throughout the region and beyond have made the painful decision to cancel events this year, the Delaware State Fair is a go for 2020. 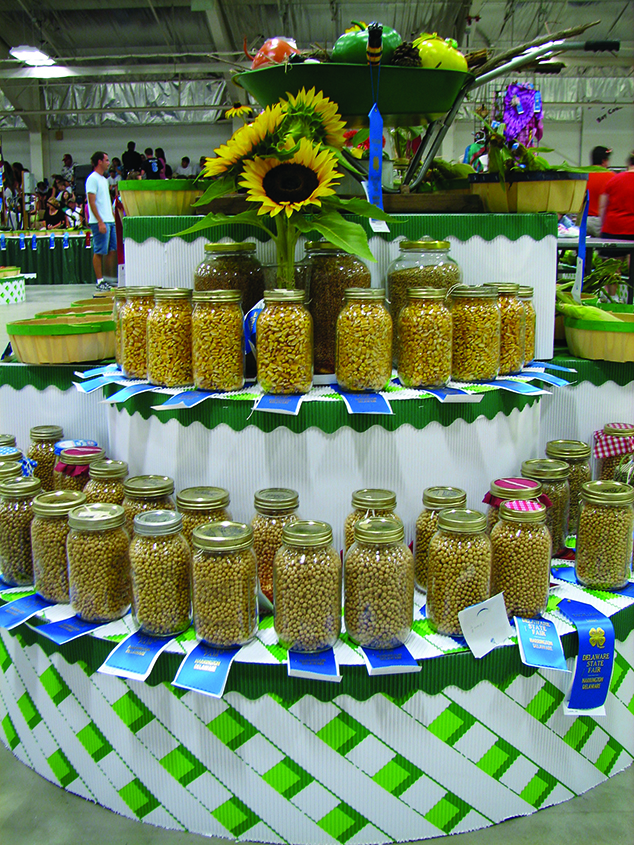 In a video posted on social media, Danny Aguilar, assistant general manager and director of marketing for the fair, said the organization received approval from state officials on June 23 for its plan of operations.
The fair is on as scheduled for July 23 to Aug. 1.
“It’s going to look a little different but we having — no longer planning — but we are having the fair,” Aguilar said in the June 24 video post.
He added fair officials will continue monitoring the state’s public health situation for statewide spikes in the virus’ occurrence and continue to work with state officials.
Aguilar highlighted changes to this year’s fair and what safety precautions the fair is taking and asking patrons to take.
In an effort manage the overall daily fair crowd, the fair created an incentive structure for gate admission. People entering the fair from 8 to 11 a.m. will have free admission, those entering from 11 a.m. to 4 p.m. will have half price admission and after 4 p.m. will have full admission cost.
“It is our goal to flatten the arrival curve of folks coming into the Delaware State Fairgrounds,” Aguilar said.
Measures for social distancing will be taken throughout the fair, Aguilar said, and wearing facial coverings will be required to enter permanent buildings at the fair as well as outdoors where social distancing cannot be properly maintained. In areas of the fair that are open air, the fair is encouraging but not requiring facial covering use.
Livestock shows will operate on a “modified schedule” Aguilar said, with some animals entering and leaving on the same day and others staying for a just a portion of the fair.
Beef and Dairy cattle will split time at the fair and the same for swine and sheep entries. Some livestock shows will have restricted seating and be limited in who can watch in person but have a live-streaming component available online.
Aguilar said the fair has heavily increased its number of hand sanitizing and warm water hand washing stations throughout the fair and each night after it closes, fair staff will sanitize high traffic and high touch areas throughout the grounds. Fair employees and carnival staff will be temperature-checked daily, Aguilar said, and messaging on the fair’s website and at the entrance will strongly encourage fairgoers who show symptoms of illness to not come to the fair.
While the fair is moving forward, it did have to leave some popular events behind. In April, the fair announced its concert series to be held during the fair would be cancelled. The daily parade on the fair and the popular Livestock Extravaganza were also taken off the schedule.
Aguilar said the decisions to cancel some parts of the fair were difficult but its 80-member board of directors and hundreds of employees and volunteers are committed to taking the extra steps on what will make up the fair’s 101st edition.
“Our staff has put more planning into putting on this fair than actually putting our Centennial fair together,” Aguilar said. “Why? It’s because we want to put a fair, an event on. We know we can do it in a safe fashion.”