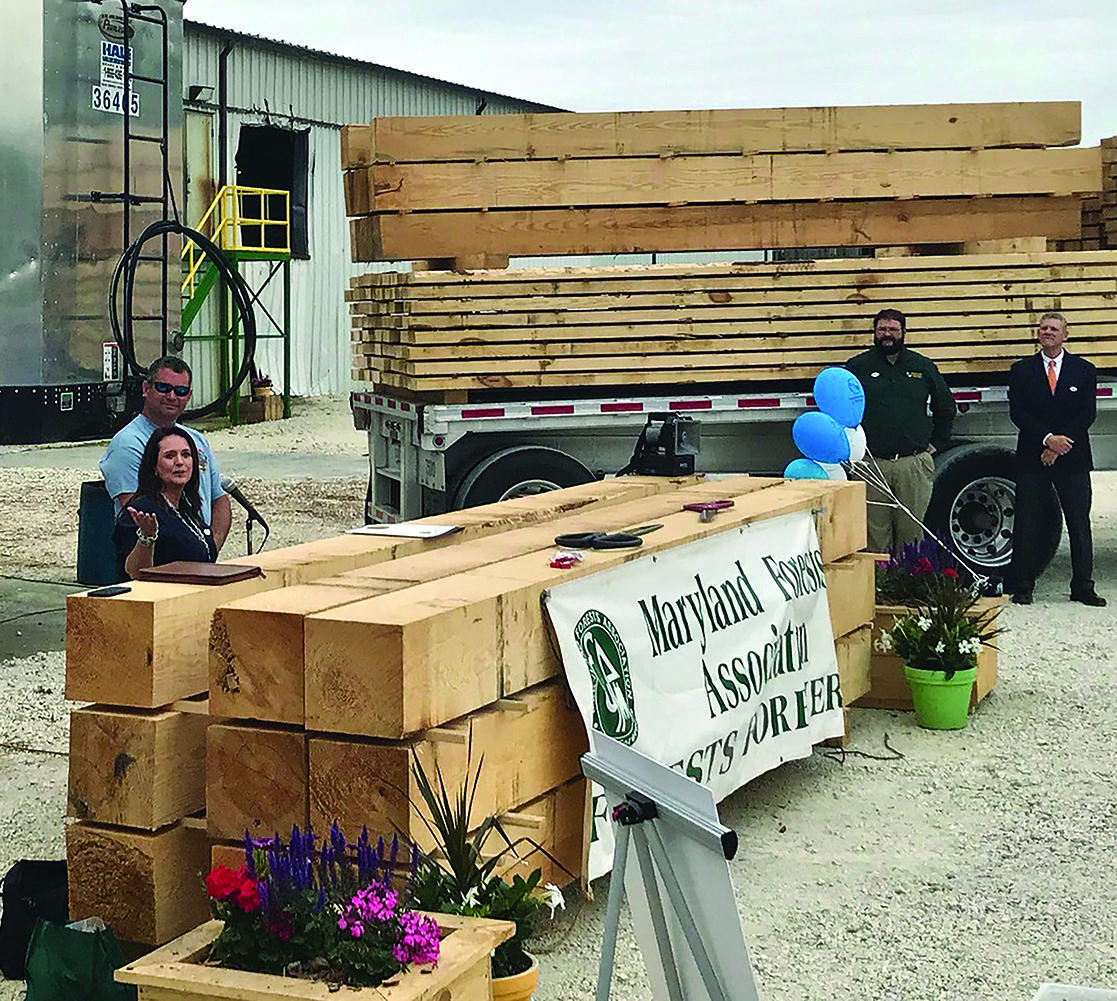 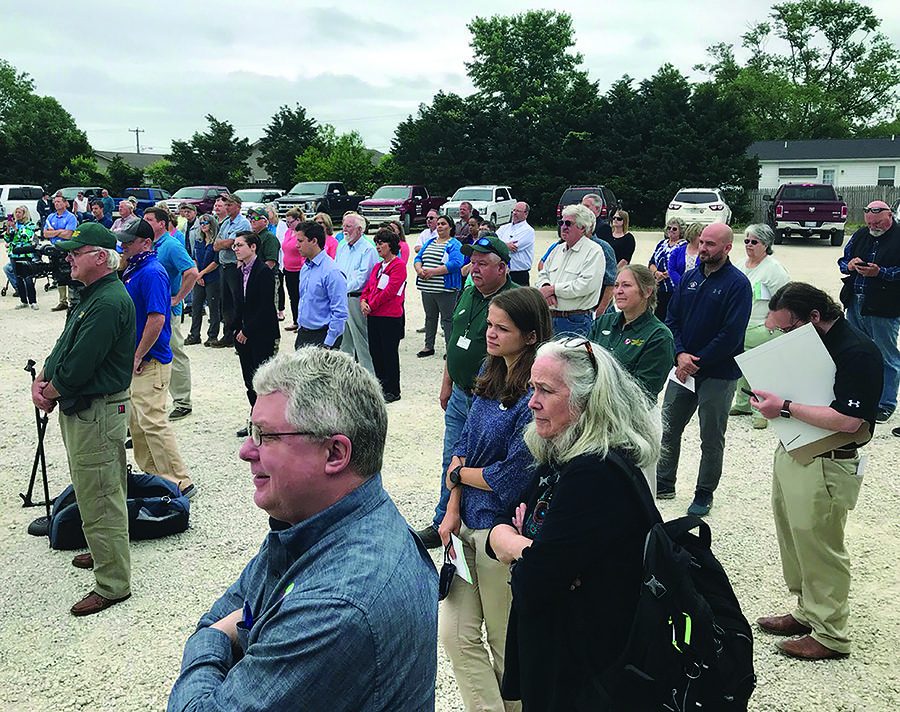 Above, Beth Hill, left, executive director of the Maryland Forests Association, addresses the crowd at the grand opening of Delmarva Lumber, a pine sawmill in Wicomico County, Md., on May 25. Ezra Rickards, the mill’s owner, stands beside her. The mill was previously known as Cropper Brothers Lumber Co. At right, supporters of the forest products industry listen to speakers. (Photo by Jonathan Cribbs)

Delmarva Lumber — a pine sawmill formerly known as Cropper Brothers Lumber Co. — celebrated its opening on May 25 in Wicomico County before a large group of loggers, foresters, landowners and state and local government representatives.

Speakers greeted the grand opening as a welcomed interruption to several debilitating years in the regional forest-product industry including the shutdown of multiple Maryland sawmills.

“The forest products industry in Maryland has been declining, and I’m glad to share some good news with you about the opening of this mill,” said Beth Hill, executive director of the Maryland Forests Association. “Never in my career have I seen a mill saved from the chopping block, not dismantled and hauled away after closing. This is a rarity.”

Ezra Rickards, a Millsboro, Del., auto body-shop owner, purchased Cropper Brothers at auction in November, preventing the mill’s dissolution. He announced plans to upgrade the facility and revitalize the region’s timber market. The operation had been in receivership with the Farmers Bank of Willards since it closed in 2017.

“This isn’t my background,” Rickards said. “But I’m willing to work hard and give it my all, and with the best guidance of a lot of other people in the industry I feel slightly prepared for what lies ahead, but it’s a learning experience just like it was when they opened the doors here the first time. We’ll get there.”

Before Cropper Brothers closed, it supplied the region with pilings, heavy timber and tongue-and-groove products, among others, made mostly from regional Southern Yellow Pine. The pine is ideal for outdoor wood products due to its weight and density, which help it better accept chemical treatments necessary for burial or outdoor use.

Since its closure, the regional mill industry has had trouble keeping up with demand, leading to an influx of timber from the South. Delmarva Lumber, ideally, would encourage growth in the dwindling forest products industry. More than 730,000 acres in Maryland are “primed” for forestry and logging, and Delmarva Lumber is an “extraordinary opportunity for the state,” said Kelly Schulz, state commerce secretary.

“This is significant for the amount of economic revenue, and all of our legislators that are from the House and the Senate and (here)… today understand the importance of economic revenue and what that’s bringing to the state’s coffers,” she said.

Maryland’s government has funded a raft of small efforts, including studies, to buttress the shrinking industry but declined industry leaders’ pleas in 2019 to upgrade or replace an aging wood-burning power plant at Eastern Correctional Institution in Somerset County. Foresters and loggers also struggled greatly after the Verso Corp. closed a massive paper mill in Allegany County in 2019.

Delmarva Lumber has already milled more than a million board feet of lumber for shipment, Rickards said.

Cropper Brothers opened in Willards in 1965.