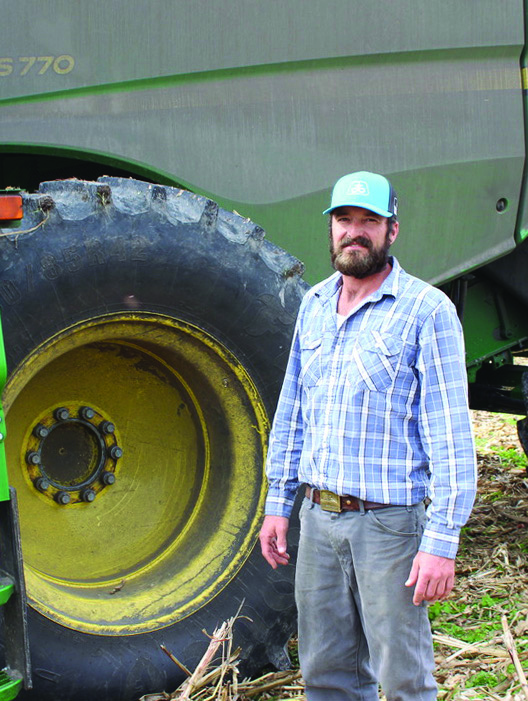 SALISBURY, Md. — Demand by food companies for high oleic soybean oil has increased drastically in the past year, leading the region’s main oil refiner, Perdue Agribusiness, to push for more acres of the crop to be grown in the region.
“It’s been explosive,” said Matt Porter, Perdue’s director of refined oil sales, describing the increase.
Porter said the increase in demand comes as high oleic soybean oil has gained more acceptance with several food product companies who have put the oil through the rigors of their own internal testing and product development.
“A lot of those projects have now been approved at many companies,” Porter said. “All of that has happened in the last 12 months.”
He said as larger companies in the food product industry added high oleic oil to their product formulas, middle tier companies have come on board.
“That helps drive more demand,” Porter said.
After getting global regulatory approval in 2018, the oil’s use internationally is developing as well, Porter said — most notably within countries in Asia, Central America and South America.
Porter added that recent shortages of other competing high oleic oils has added to demand for high oleic soybean oil.
“From a supply perspective, the market really needs the product,” Porter said.
Perdue has offered growers a varying schedule of premiums to produce the high oleic soybeans and build a supply base to market to food companies, amounting to $10 million over the last seven years.
High oleic soybean production in the region has grown steadily over the past seven years from 40 acres in 2014 to 252 growers raising about 90,000 acres in 2020.
Brian Palmer, Perdue’s director of grain origination said their goal for 2021 is 170,000 acres in Delaware, Maryland, Virginia, Pennsylvania and New Jersey.
Farming in Worcester and Wicomico counties, Coard Bounds said he has been growing Plenish varieties of high oleic soybeans since 2015, starting with one-third of his soybean acres and then moving to nearly 100 percent in the years since.
Bounds said that the premium combined with the varieties’ performance have kept him growing high oleic beans and he also views it as a way of diversifying the farm without making huge changes.
“The premium is nice and I do get excited about — they’re still soybeans — but having a different crop in the operation,” Bounds said.
Nationally, high oleic soybeans are grown commercially in 13 states, according to the United Soybean Board.
Since 2013, the United Soybean Board has invested at least $62 million to help build both demand and acreage for high oleic soybeans, including $20 million in fiscal-year 2019.
The soybean seed industry has responded as well.
While only Corteva’s Plenish soybeans are marketed in the Mid-Atlantic region, Bayer’s Vistive Gold high oleic varieties were commercialized in 2018.
Missouri-based Benson Hill Seeds also offers non-GM high oleic soybeans through its eMerge product line and Minnesota-based Calyxt has also developed several non-GM varieties.
To entice growers more, Perdue increased the premium by five cents for growers storing the crop on farm for later delivery and established an additional 10-cent per bushel bonus for growers who plant all of their soybean acres to high oleic varieties.
A $0.50 per bushel premium for harvest delivery is unchanged for the coming crop year, but was increased from $0.40 per bushel earlier this year.
The premiums are over the posted elevator delivery price.
Perdue also has added two more receiving locations for high-oleic beans in North East, Md., and Frederick, Md., bringing the total to 14 in the Mid-Atlantic region.
“We figured if people are loyal and want to grow 100 percent, we should reward that,” Palmer said.
Porter said there has been loyalty on the oil sales side as well.
Along with adding new buyers, early adopters have increased usage as more customerscontinue to come aboard and he’s had more discussion with customers about securing supply years in advance.
“We keep gaining customers. We’re not losing customers,” he said.
High oleic soybean oil has advantages in cooking versus conventional soybean oil having better heat stability with less saturated fat and no trans fats in making food products and increases their shelf life.
The oil has also shown a longer fry life that reduces fryer downtime and maintenance.
Within the restaurant and food service sector, the primary use is in deep frying.
On the food product manufacturing side, Porter said the oil is getting wider use in snack food items, baked goods and non-dairy creamers.
Porter said there are aspects to sustainability, traceablity and using a domestically-produced product that aid in marketing the oil.
“It’s supply chain reliability,” Porter said.
On the processing end, Perdue has increased the capacity at its Salisbury refinery to be able to load 40 trucks per day compared to 24 trucks in the past, said Jim Hearne, Perdue’s director of soy crushing.
After dried to about 10 percent moisture, whole beans are first cracked and screened to remove soy hulls which are ground and marketed mainly as cattle feed.
The cracked beans are heated and flaked, exposing the oil cells.
Crude soybean oil is extracted from the flakes.
The oil heads to the refinery and the flakes are further processed and ground into meal for the poultry industry.
“All three markets are moving,” Hearne said.