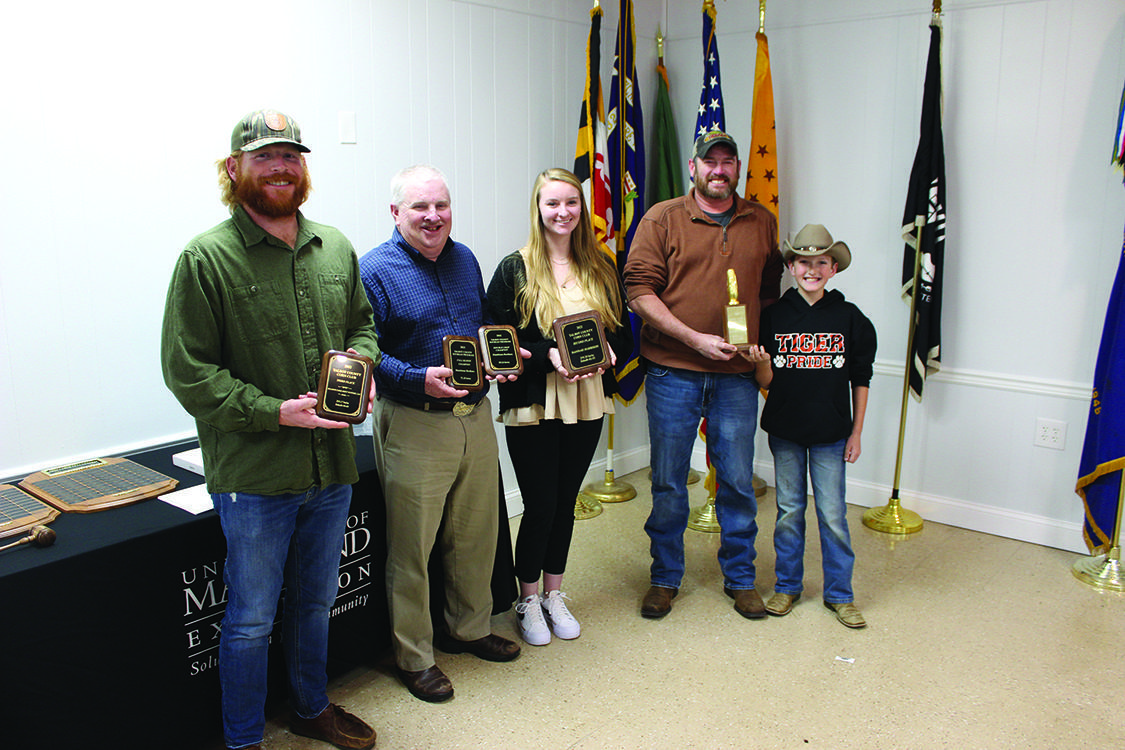 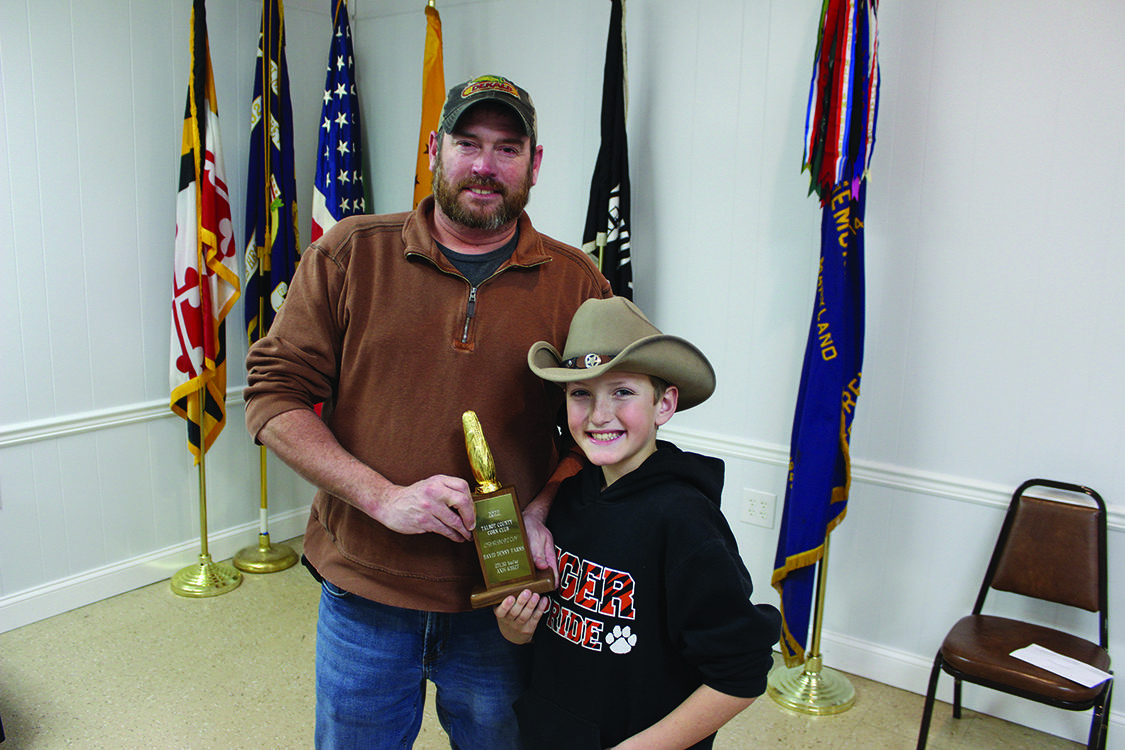 EASTON, Md. — He fell a few bushels shy of breaking his own record, but David Denny remains at the top of the Talbot Corn Club for the fourth consecutive year.
The club celebrated its 71st anniversary with a dinner and awards ceremony on Jan. 12 and marked 52 years for the Talbot Soybean Improvement Program.
Denny’s entry of 271.3 bushels per acre topped the list of 23 participants in the club’s Adult Non-Irrigated Corn division. He did it with the same hybrid that won the previous year, Axis 63H27RIB, planted on April 24, 2022 on 30-inch rows at a population of 33,500 seeds per acre.
He grew the crop on 216 units of nitrogen over four applications along with 55 total units of phosphorus, 125 units of potassium and 55 units of sulfur. Boron was added as a trace element.
The second-place entry came from Hannah Harrison who had 259.2 bushels per acre growing Dekalb 62-53RIB. Harrison planted the entry no-till on May 11, 2022 at a population just under 30,000 seeds per acre.
Third place in the division went to Meadow Farm Joint Venture which had an entry of 255.17 bushels per acre using Dekalb 64-65 in a minimum till setting.
Though Denny’s winning entry for 2022 didn’t eclipse the overall division record of 276 bushels per acre he set in 2019, it put his name again in the contest’s top 5 all-time entries.
Denny, of Queen Anne, Md., said he followed the same program that he used in 2021. From there, he credited good weather at key times during the season for the 2022 yield.
“We had a really good pollination period,” Denny said. “You almost couldn’t have simulated a better pollination.”
For this coming growing season, he said he’s going to push his seeding rate a little higher with the goal of breaking the 300-bushel barrier on non-irrigated ground.
Contest entries are taken from a small part of growers’ fields, typically from better producing areas and are not necessarily indicative of field averages.
Giving observations on the contest data, Nicole Fiorellino, University of Maryland Extension agronomist said Maryland corn yields have largely followed the national trend, increasing 65 percent since 1982. She also noted a more recent trend in higher seeding rates and Denny’s entry was planted at a population higher than the contest average.
In the Adult Irrigated Corn division, P.T. Swann, Sr., repeated in first place with an entry of 264.12 bushels per acre, planting Pioneer 1718AM6 on May 21, 2022. Gannon Family Farms placed second with 243.93 bushels per acre entry, also planting a Pioneer hybrid, P1847AML, and G.T. Swann & Sons came in third at 230.41 bushels per acre. The Swanns planted Dynagrow DG58VC65.
In the Corn Club’s youth division, Declan Shortall won with a 242.03 bushel per acre entry, Audrey Shortall placed second with a 229.75 bushel per acre entry and Garrett Schlag placed third 223.88 bushels per acre. The Shortalls both planted Axis 59A25RIB and Schlag planted Seed Genetics 9107.
After a contest record was set in 2021 in the Talbot Soybean Improvement Program’s full-season soybean division, yield entries in 2022 fell off due to late season dryness..
“2022 was a rough year for soybeans,” Fiorellino said. “We were talking about water not at the right times, small seeds; just a tough year.”
Hutchison Brothers had the top full season entry at 75.38 bushels per acre. The entry was Pioneer 46A09E, planted no-till on May 5 on 15-inch rows with a planting rate at 130,000 seeds per acre.
According to the program’s data sheet, the crop used no commercial fertilizer but had an application of poultry litter.
Shortall Farms placed second with a yield entry of 71.74 bushels per acre growing Pioneer P45A79E and Cecil H. Gannon & Sons came in third at 69.32 bushels per acre growing Axis 4641XFS.
With only two entries in the program double-crop division, Hutchison Brothers led with an entry of 69.24 bushels per acre, growing Pioneer 37T51PR- Plenish, followed by Meadow Farm Joint Venture at 56.23 bushels per acre with Asgrow 48XFO.
Fiorellino shared some observations from a study on soybean planting dates. There’s been more interest in planting longer season varieties to gain yield. A longer growing season would generate more vegetative growth, set more pods and produce more beans, she hypothesized.
Fiorellino duplicated the university’s soybean variety trials moving up the planting date at two sites; April 29 at the Wye Research and Education Center and May 11 at the Central Maryland research center in Clarksville, Md.
While the earlier planted beans at Clarksville showed a clear yield advantage over beans planted in a normal timeframe, the Wye data was more murky with Group III and early Group IV beans responding less to earlier planting and late Group IV beans performing better.
She said the study will repeat another year to build on the data.
“We’re really going to push that earlier date as much as we can,” she said.