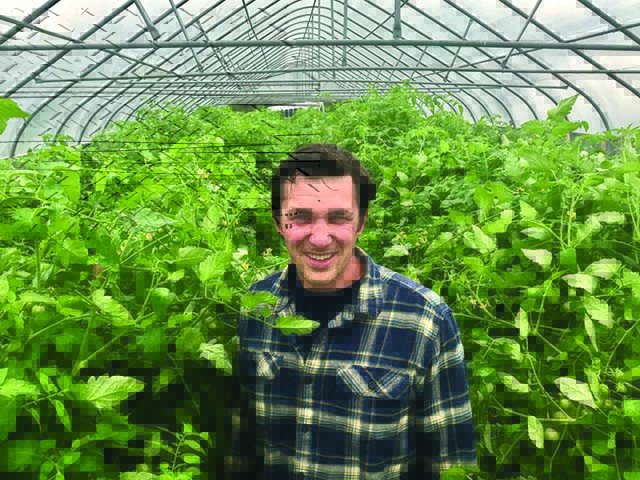 WHITE HALL, Md. — Joan Norman has been riding the wave of the local food movement since One Straw Farm first started its organic CSA in 1999 following years of frustration selling to the competitive wholesale market.

“I kept telling (farmers), ‘You need to pay attention. This local food movement is for real,’” she said.
Initially, customers mailed in membership forms, and Norman’s parents organized them into a spreadsheet. Today, with the CSA topping 1,500 members, things are more digital.

Now, Norman is one of a small number of regional farmers who have joined Harvie, an upstart Internet sales and distribution company in Pittsburgh that helps hook up CSAs with local customers and manages their CSA website and ordering process. Since launching about three years ago, Harvie has more than 200 farmers nationwide.

The company also allows customers to customize their weekly shares, eliminating much of the waste from CSAs that simply sell customers pre-selected boxes of produce, including items the customer may not want.

“The biggest complaint with CSAs is, ‘It’s too much food, and I throw it away,’” Norman said. “But this way, you don’t get anything you don’t like. … If you hate beets, you don’t have to have them.”

Customers select their boxes on the site, and Harvie delivers a breakdown of food the farm needs to bring to a series of pickup locations across the Baltimore area throughout the week where customers pick their items. Customers can also change their orders week-to-week. It’s an improvement over One Straw Farm’s old system where the farm packed each customer’s box and often ran into trouble when, say, a giant watermelon smashed all the tomatoes and “it comes out looking like soup,” Norman said.

Simon Huntley, a 37-year-old Internet entrepreneur with a background in agriculture, launched Harvie with six employees in 2016. He was raised on a sheep and hay farm in Greene County, Pa., to parents who were, essentially, part-time farmers. With Harvie, he said, his goal was to help small farms grow their business.

After earning an information science and technology degree at Penn State, Huntley worked for several farms, including a Colorado CSA. He built another tech business for small farms that ultimately didn’t help them grow, and then spent a year researching CSA customers, analyzing why they joined one or left. He noticed many customers didn’t enjoy, say, beets, which led him to design a system allowing customers to customize their CSA orders and deliver that information to farmers so they could easily accommodate it.

“Harvie is really about what I’ve recognized, which is we really need to better serve the end customer,” he said. “If (customers) don’t like beets, they don’t want to get beets in their box.”

For a 7-percent transaction fee, Harvie hosts the site and even helps new farms market their offerings. They helped Phil Freedman, owner of House in the Woods Farm in Adamstown, Md., e-mail anyone who’d ever been associated with the farm’s CSA when he joined Harvie in December. He had decided his farm needed better web services, and he also wanted something more organized.

“Usually (customers) came and took what they wanted, and we weren’t sure how much we were supposed to harvest,” he said.

The marketing worked immediately. New customers joined his CSA, and then the coronavirus arrived in March and membership shot through the roof. The farm now feeds about 110 families an assortment of produce, including tomatoes, cucumbers, lettuce, cabbage, peppers and eggplant.

On his old CSA website, customers paid through PayPal, which charged a smaller 3-percent service fee, but he said he doesn’t mind Harvie’s markup.

“They’ve been really helpful,” he said. “We’re pretty happy with them.”

About 100,000 people have subscribed to farm CSAs on Harvie, Huntley said, and the average farm has seen 30% growth year over year. The site is also changing the way some farms do business, he said. Using the website, some have shifted more toward distribution, offering more and more food items from other local farmers on their Harvie sites.

Ben Sayler, owner of Pleasant Hill Produce in Walkersville, Md., sells fruit from local orchards on his CSA website in addition to their own vegetables. He also joined Harvie about a year ago because he liked the customization.

“The Harvie platform allowed us to do that efficiently,” he said.

His CSA serves less than 200 members. He said he likes the site but encounters glitches from time to time and finds that he needs to help his older customers navigate the site.

“Once you get used to it, you understand it, but the learning curve is pretty high,” he said. “There’s a lot of hand-holding that had to take place to get them used to it.”

Norman said Harvie went through some growing pains when the coronavirus hit. Customers flooded CSAs, and web companies that work with farms across the country were overloaded with traffic, Harvie included. But she appreciates that her farm no longer needs to handle billing issues and ordering issues unless something goes wrong.

By allowing customers to personalize their CSA share, the site enhances the farm’s relationship with them, Travers said. It helps build an attachment that would typically require the meet-and-greet qualities of a farmers’ market.

“It’s giving customers a little more interaction with the farm,” he said. “The more we can make CSA about community and less about convenience the better off we’re going to be.”