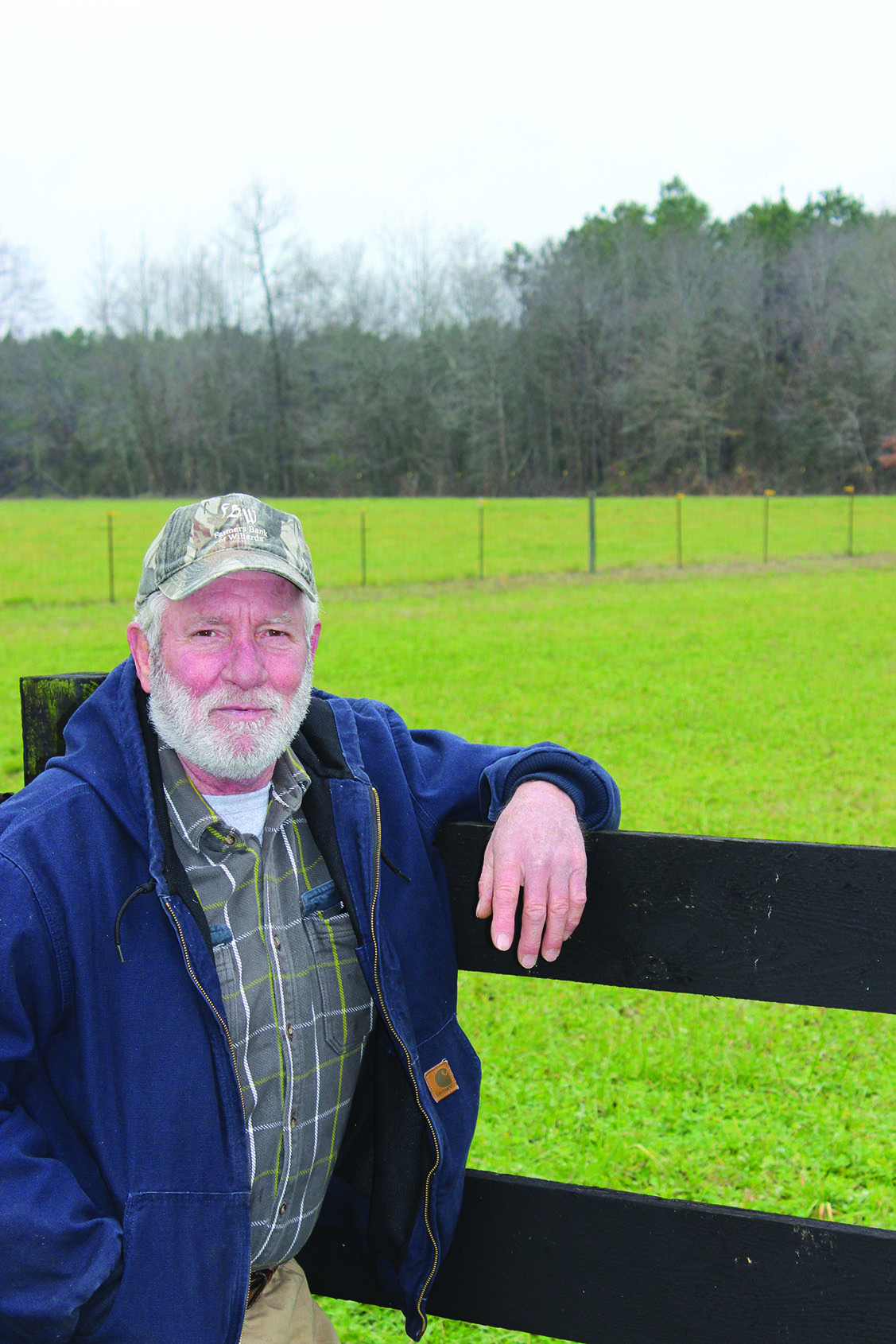 After working in the poultry industry for nearly 30 years, Blair Ranneberger remains in agriculture, growing hay and starting a horse boarding facility. (Photo by Sean Clougherty)

WILLARDS, Md. — As a young college graduate, Blair Ranneberger had his sights set on being a dairy farmer but found a career in the poultry industry.
He grew up in Harford County, and his father managed a local Southern States store. He spent many summers on his grandfather’s and uncle’s dairy farm in Frederick County.
“I spent my early years in agriculture and loved it,” he said.
After graduating from West Virginia University with an animal science degree, Ranneberger said he hoped to join the family dairy but his uncle at about the same time decided it was time to sell the herd.
He wound up working for a tile setter in the Ocean City area who also had chicken houses. Along with tilework, he got first-hand experience in raising chickens.
“We did everything, pick up mortalities, setting up for new chickens, caking out, you name it,” he said.
He added having an aunt and uncle in Georgia who raised chickens was also an influence.
After two years on that job, he applied for work at most of the poultry companies on Delmarva, 16 at the time. He settled at Perdue in 1976 starting as a “service man” visiting with growers and helping them improve.
That was the first of 28 different titles he had in his 17-year career at Perdue, working in the growout, live haul, quality improvement, and processing sectors of the company.
“I didn’t stay in too many places too long,” he said. “I guess I was doing well.”
The different titles put him in the middle of a lot of different situations, including working through a chicken catcher strike, establishing the company’s Cornish bird line, boosting quality at processing plants.
In 1989, Ranneberger bought a chicken farm with two houses and added two more houses in 1994.
Early on in his career Ranneberger was a member of Delmarva Poultry Industry Inc., now Delmarva Chicken Association, and served on the organization’s committees but it wasn’t until 2005 when he became “heavily involved” in its Grower Committee.
“DPI acted as a regional voice for anything that was not company oriented, what was poultry oriented,” he said. “Anytime you could bring somebody in to this monthly meeting and get educated I thought was good.”
Attending a DCA annual meeting a few years later got Ranneberger even more involved. He was both voted onto the board of directors and named vice president for 2009. The following year he served as president, just as the U.S. Environmental Protection Agency was starting to implement a Total Maximum Daily Load on the Chesapeake Bay Watershed, requiring states to reduce nutrient and sediment going into the Bay and its tributaries. The issue put Delmarva poultry and Ranneberger front and center, advocating for the industry with state and federal legislators.
After working with many different groups on a variety of issues and challenges at Perdue, Ranneberger said had no hesitation in speaking out.
“I’ve always been a people person,” he said. “I’ve never had a problem talking to people.”
He said one speech in particular that he gave, titled, “Today,” was chock full of numbers and statistics that showed the scope of the industry and how many people it impacted.
“I just blew it all out into, ‘Today, this is what happened on Delmarva,’” he said.
“As a grower, I felt I was responsible for 125,000 people getting their annual poultry consumption and I was very proud of that.”
In December, DCA presented Ranneberger with the J. Frank Gordy, Sr. Delmarva Distinguished Citizen Award.
“Friends say Blair has a big heart and is always there to lend a hand, whether it’s planting flowers at church or offering to buy them lunch,” said Holly Porter, DCA’s executive director. “It was his big heart and strong soul that made him a survivor when a 2017 home invasion and shooting left him in critical condition and required months of care to recover.”
After leaving Perdue in 1993, Ranneberger grew chickens until 2015.
He also raised beef cattle for about 15 years.
Turning 69 next month, he’s now growing about 80 acres of hay for the local horse market and working to establish a horse boarding facility on recently purchased property in Wicominco County.
“I can’t stay still,” he said. “I just can’t.”
As he works on his new project, he said he still supports the poultry industry but will step aside for younger growers and growers from the many ethnic groups to be the advocates.
“The chicken business has always been good to me,” He said. “I think it’s time for the younger generation to step in.”
Viewed through the lens of the coronavirus pandemic, Ranneberger said interacting and communicating is all the more important.
“People need to hear voices,” he said. “We’re social animals. We need to interact.”