Dulaney: Life is what it is … move on 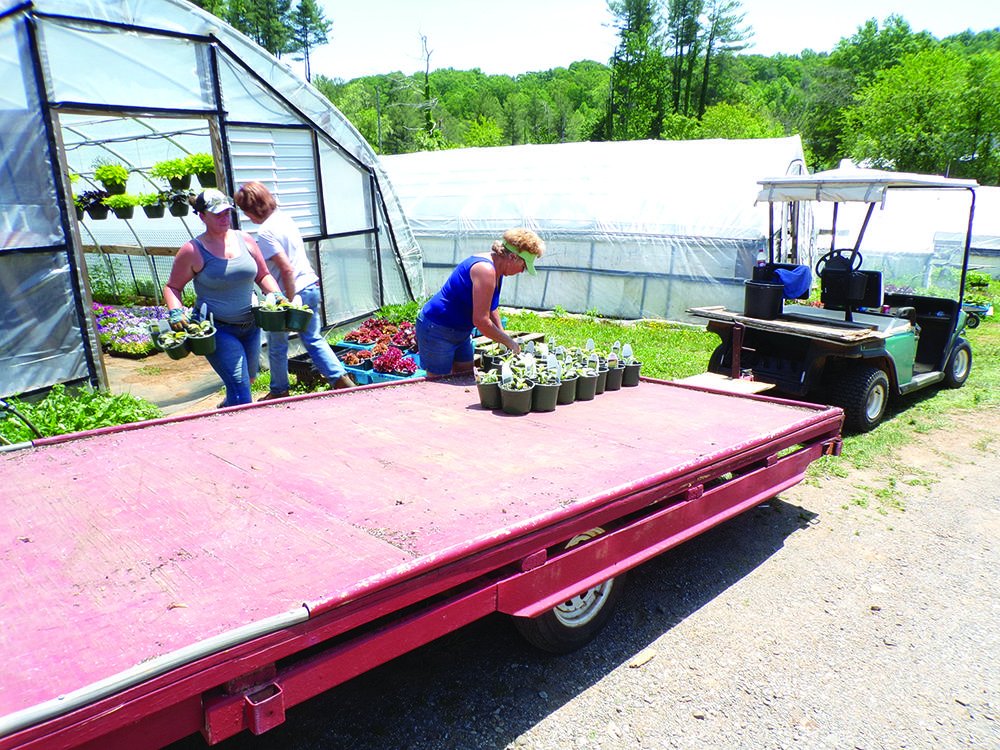 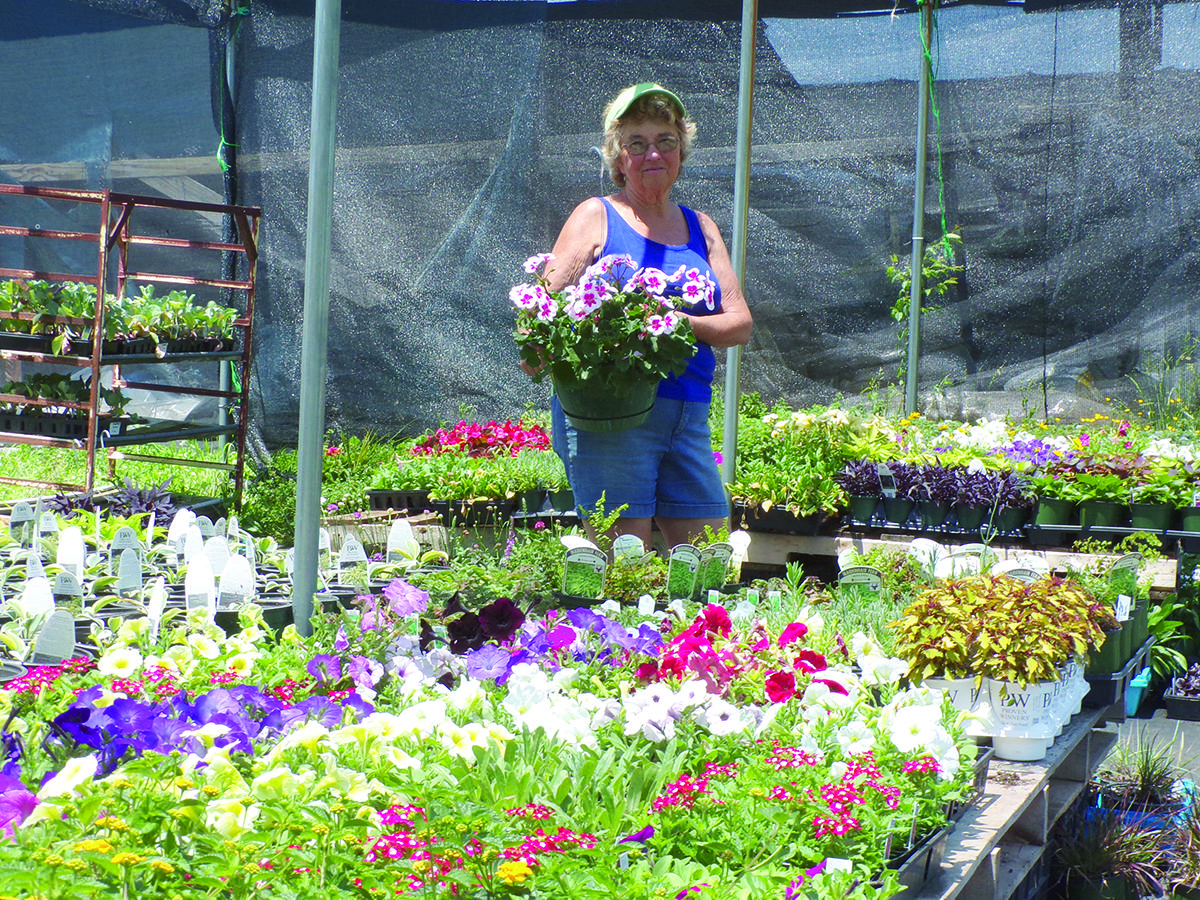 Growing bedding plants and hanging baskets are a major part of Dulaney’s Greenhouse. Owner Sara Dulaney displays some flowers that she and her crew sell to customers in Virginia. In top photo, she helps members of her crew load plants onto a wagon to fill an order. (Photos by Jane W. Graham)

FLOYD, Va. — Finding out that you have lost the wholesale customer for the tomatoes you worked all summer to grow is not the preferred beginning of a successful business, but that’s what happened to Sara Dulaney 40 years ago.
Decades later, Dulaney’s Greenhouse is considered to be one of the most successful businesses in Floyd County, Va.
The hanging baskets of flowers brightening the streets of towns from Bedford to Galax and gardens and flowers growing across the area reflect the quality of plants grown here.
Located two miles north of town, it is a testament to the perseverance of Sara Dulaney and her husband Glenn who died in December 2020.
Sara, 67, said she plans to continue operating the business for a few more years, probably making some changes along the way. Her philosophy is “life is what it is and you have to move on.” She said they have always taken a common sense, practical approach to the business.
An example is their pricing method at the retail business. It determined by the kind of container. All four-sectioned plastic containers of plants are the same price.
All hanging baskets are the same price. She said some may be too low and some too high but it evens out in the end.
Sara’s business continues a family tradition using part of the farm her grandparents Charles and Kate Spangler owned. The Spanglers operated it as a cattle farm and grew tomatoes for a local cannery.
Dulaney’s Greenhouse first started as a florist. Sara had built a greenhouse on her grandparents’ land to grow tropical plants and flowers for the florist shop she’d opened.
In 1982, a local business asked Dulaney’s to grow all of their tomatoes and they would buy the whole lot.
When time came to deliver, Dulaney’s found out the business had already bought plants from another grower. Sara called it a failure in communication.
Left with the plants and no buyer, they decided to sell it themselves on the honor system, putting the plants out by the road for people to buy and leave the money in a jar beside them.
“You could do that then,” Sara said.
The success of that motivated Sara and Glenn to put up more greenhouses and grow produce on the farm. But after deer wiped out their outside crops, the couple leaned more into the greenhouse side, focusing on vegetable plants and flowers.
Greenhouses at Dulaney’s now number 14, climbing up a slope from the road. On a bright May day Sara and her staff where scurrying about, working to load a trailer with potted plants, wait on customers that came and went in a steady stream and keeping up with chores.
Sara took a break to sit in the shade and talk about the growth of her business. She reported that tomato plants, including heritage tomatoes, are still an important part of the business. They grow over 40 varieties from seed.
She continued talking about the vegetables, herbs, annuals and perennials she grows even as a neighbor’s cat climbed into her lap and made itself at home. This triggered her to talk about another passion she has — fostering cats and kittens for the Floyd County Humane Society.
She and Glenn began doing this several years ago and she has continued.
The greenhouses have proven to be a way to help find homes for the kittens. She said the cats are socialized as they interact with people as well as winning the hearts of cat lovers. In addition, people wanting a new cat know where to come to find one.
While the business has been successful for decades, it’s not come without turbulence.
On April 9, 2021 a hail storm struck the farm, doing major damage to the greenhouses as it shredded the plastic coverings.
Another time a fire started by a neighbor on a nearby farm escaped and was headed toward her home and the greenhouses beside it. She called the fire department, gathered up her pets and got out of the path of the roaring fire until help arrived. Fortunately, the fire department got there in time to prevent disaster.
As this growing season draws to a close, Sara said she is looking to the future and ways she can continue operating the business she loves.