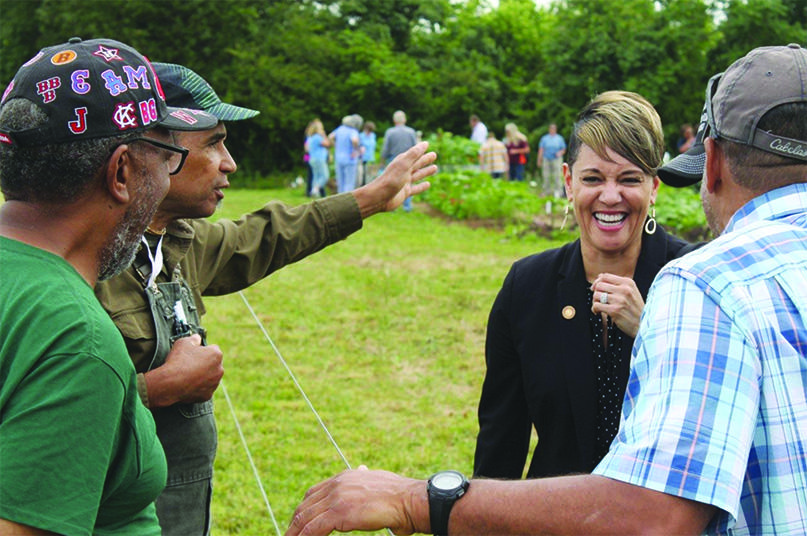 Jewel Bronaugh met with farmers from all over Virginia during statewide travels as an Extension specialist and dean of Virginia State’s College of Agriculture. (Photo courtesy Virginia Tech)