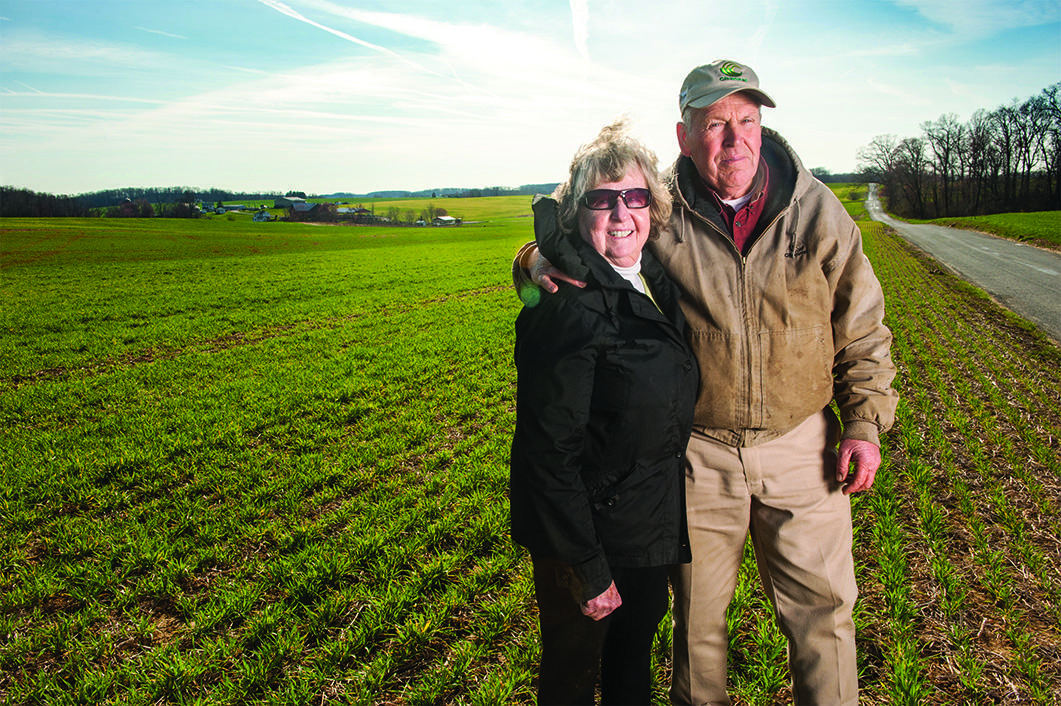 Jim and Janet Archer have farmed together for 56 years at Fawn-View Manor Farm in Pylesville, Md. The same day a fire destroyed their farm shop and barn, they said they knew they would rebuild. “We’re not quitters,” Janet said. (Photo by Edwin Resmberg)