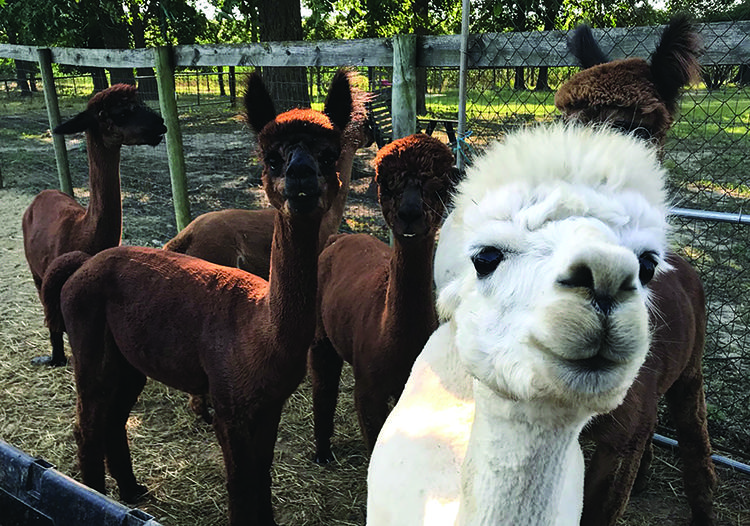 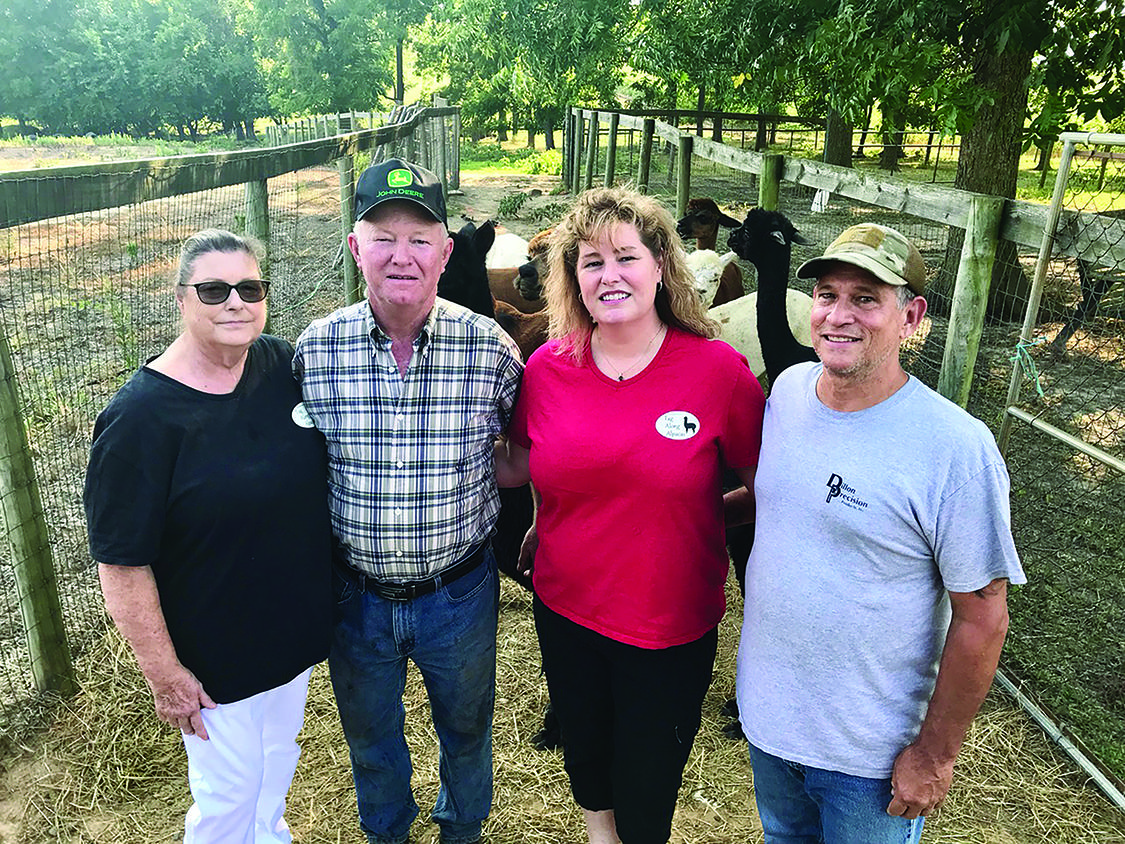 From left, Connie and David Gsell have partnered with their daughter and son-in-law, Tracy and Mike Abram, to run Tag Along Alpacas in Chestertown, Md., since 2012. Tracy Abram started the farm to satisfy a curiosity for alpacas and diversify the family farm after it fled the dairy industry in 2014. (Photos by Jonathan Cribbs)

CHESTERTOWN, Md. — The Gsell family severed their relationship with the dairy industry — happily — in 2014.

Their cooperator was growing more and more demanding, sometimes ordering them to buy or sell cows, or threatening to dock their pay for failing ever-changing production minimums. It made for a deteriorating relationship, and profitability, despite the year’s historically elevated milk prices, seemed like a thing of the past.

The Gsell family farm, a full-time operation since 1973, decided it needed to replace one market with another. They raised grain, silage and beef cattle, and shortly before they abandoned dairy forever, they began to search for another enterprise. Rising milk prices also made it a good time to sell their 100-head dairy herd.

They eventually did that.

“It was like having a monkey on your back and letting him go,” said David Gsell, 72. “Farming was a lot more fun when the cows were gone.”

Fortunately, two years earlier, their daughter, Tracy Abram, a local office manager, had developed an interest in alpacas, and the family had purchased four — a “fiber boy” and three females. (Few male alpacas are considered worthy of breeding. They’re sold at a reduced price as fiber producers and commonly referred to as “fiber boys”.) It was the start of Tag Along Alpacas.

“As far as livestock goes, they’re very easy. They’re very docile,” Abram said. “It was something we could get into for a reasonable amount of money and make money.”

There are nearly 6,000 registered alpacas in Maryland, according to the Alpaca Owners Association Inc. in Lincoln, Neb. In the alpaca, Abram and her family saw an animal that didn’t demand the sunup-to-sundown care of a dairy cow but also produced a salable product — fiber, which can be used to create products such as clothing, yarn and even drier balls. They can be raised to show in the ring and in fleece competitions, while others are raised for breeding and seed stock. Some become attractions in the agritourism business.

The alpacas were easily adapted to the Gsells’ existing dairy facilities. Alpacas generally eat grass hay and alfalfa — about two pounds per 125 pounds of body weight each day. They’re resilient, capable of living in most climates, and each animal produces roughly 5-10 pounds of fleece yearly. The fleece, sometimes compared to cashmere, is known for its softness.

“It’s the warmest fleece,” Abram said. “It’s hypoallergenic. It’s water-repellent. It’s fire-retardant. There’s nothing else like it. … It’s the most luxurious type of fiber.”

The animals have a 20-year lifespan, and the Gsells decided on a closed herd, which has grown to 10. They are sheared once a year. The best fleece is turned into yarn and the rest is sent to a large cooperative in New Hampshire, which makes the products that Tag Along sells at the farm and the Chestertown Farmers Market. In addition to socks, shawls, hats, wraps and mittens, they sell alpaca rugs, felted-fiber shoe inserts, nesting balls and fleece for birds, cat toys, teddy bears, alpaca ornaments and even alpaca manure for $25 a scoop. The farm isn’t turning a large profit yet, but it’s more than covering its costs, Abram said.

“We are like the slow and steady. We’re not trying to buy 50 animals and take the world by storm in a year,” she said.

The family also brings people to the farm to observe and interact with the animals, which aren’t domesticated but are social. Abram compared them to cats. Bringing customers to the farm has been enjoyable, but liability concerns require visitors to sign a waiver. The farm entertains visitors weekly, Connie Gsell said.Abram said she’s found it easier to service customers than the farm’s former dairy cooperative, which dictated milk pricing irrespective of the Gsells’ rising production costs.

“As more people learn about alpaca products, there’s more demand, so we don’t have those ups and downs,” Abram said.

The family maintains a 40-head beef cattle herd and raise their own hay, which keeps their operation profitable, Connie Gsell said. The establishment of the alpacas has created a more sustainable future for the Gsell family farm, which is important to the family, which lamented the rising costs of regional farmland. It’s led to a general ignorance of agriculture. David Gsell remembered a humorous interaction with a man who recently visited the farm and asked how the cows are watered.

“Do you stand out there with a hose?” the man said.

“No, they drink out of a trough,” David Gsell said.

“Well, you must have to stand there all day to keep the trough full.”

“No, it’s an automatic waterer.”

“Do you have to teach them to come up and step on something to get the water?”

“He couldn’t believe it,” he said. “He said, ‘You farmers got everything.’”

The alpacas led the Gsells to welcome the public to its farm, and every interaction is an education, Gonnie Gsell said.

“The next generation needs to get more involved in where their food comes from because we have so many people that come out here and have never been on a farm or never seen an animal that are just amazed,” she said.