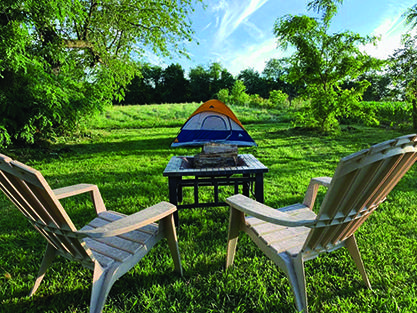 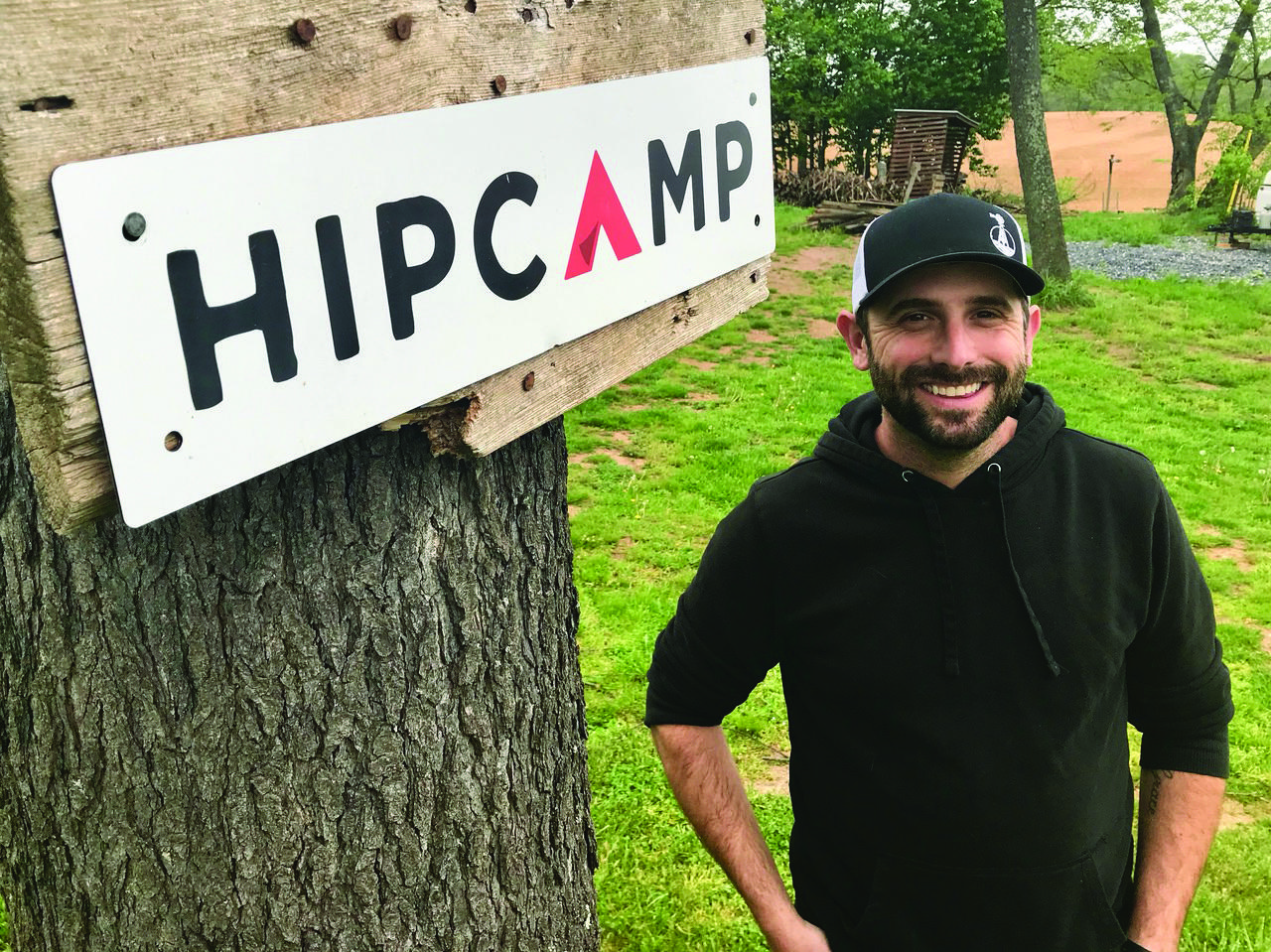 Jeremy Willet, owner of Willet Family Farm in Westminster, Md., encountered pushback from the Carroll County government after he announced a plan to open multiple campsites on his farm. He said he’s working to have the county’s zoning regulations changed. Willet Family Farm charges campers $50-$70 a night to stay on their farm, which sells “fireflies and the sound of bullfrogs at night,” along with animal sightings. (Bottom photo by Jonathan Cribbs; top photo courtesy Willet Family Farm)

WESTMINSTER, Md. — Last year was a big one for Willet Family Farm.

The historic Carroll County operation won a $5,000 grand prize in a business competition held by the county chamber of commerce just a few years after it was damaged in a fire. The farm was connecting with its community, bringing people, including those with special needs, onto the farm to volunteer and learn about agriculture.

“Everything seemed really good with the county there because there was this direct connection to agriculture,” farm owner Jeremy Willet said.

Then Willet decided to expand the business and welcome campers after Hipcamp, an online booking company similar to Airbnb, approached him, looking to expand its East Coast presence. When Willet told the county about his plans, it was less supportive.

“The county kind of threw the book at me,” he said. “(They said), ‘You have 10 days to stop this operation or you’re going to be fined.’”

It’s the sort of obstacle an increasing number of suburban farms are confronting as they diversify their operations and adapt to the changing agricultural landscape around them, farmers, advocacy groups and government officials said.

More farms are welcoming campers, among other non-traditional activities, to boost revenue, and local governments, examining whether such activities meet regulations, are often balking, said Kelly Dudeck, chief strategy officer of Grow & Fortify, a Baltimore company that represents several agricultural associations, at an April 14 meeting of the Maryland Agricultural Commission.

Glamping, for instance, a form of camping that includes accommodations and facilities more luxurious than those associated with traditional camping, is a new offering on some farms.

“We’ve seen a huge demand for that,” Dudeck said. “Most counties are just saying, ‘No, that’s not allowed.’”

An informal group of county agricultural officials, including Dudeck, planned to meet May 11 to discuss the issue and determine the best way to help local governments and farms work together on these issues, “especially now when this source of income is much needed,” Dudeck said.

The coronavirus pandemic, which chased many city dwellers into less congested parts of the country, boosted interest in rural hosting. Airbnb, for instance, reported that its rural hosts in the United States earned more than $200 million last June, a 25-percent increase over the previous June.

Hipcamp, a San Francisco-based startup, was another beneficiary of this growth. The site, which charges a 10-percent commission and a small booking fee on each transaction, lists farms across the region where campers can book overnight stays. Hawkwood Farm in Frederick County, which raises 30 acres of hay as well as mushrooms, vegetables and free-range chicken, is booked every weekend, said Angela Aylor, farm co-owner.

“People were so stir-crazy, they wanted space where they were free with their family, outside and safe,” she said.

Her farm hasn’t faced pushback from the country government and she said she sees the business as a good way to help preserve farmland in increasingly suburban areas. Camping is now the farm’s primary business.

“Hipcamp’s made more than that field than any five years combined,” she said.

But Cheryl DeBerry, natural resources business specialist in Garrett County, said farms can run into conflict with county governments whose zoning regulations lack the nuance to accommodate farms that host campers. Some farms have been told they would need to change their zoning — something Willet said he considered — to legally welcome campers. Old legal definitions of what constitutes a campground can be another obstacle.

“As the world changes and as new ideas come along, (farms are) not part of that definition or they have to be plugged into a definition that doesn’t fit,” DeBerry said.

Peggy Dean, owner of Empty Cupboard Farm in Carroll County, got a letter from the county government last summer after someone reported that she had welcomed campers to her property. For $30 per night, up to six guests can book a single campsite that offers views of a pond, the woods and the sunrise. She explained that her farm had only one site, which was within country regulations.

“My response was very quick and efficient,” she said. “I hadn’t broken any rules and don’t intend to change anything, and I’ve not been called back or contacted again.”

Willet initially had much bigger plans, including multiple campsites. Outside magazine named his farm, which includes a windmill built in 1874, its favorite Hipcamp site in Maryland in 2020. After consulting the county, however, he scaled back his plans to just one campsite, which can host up to eight guests. He praised the county’s responsiveness but said he’s working with fellow farm owners in the county to make it more open to farm stays. Right now, if a Carroll County farm has two or more campsites, it would be considered a commercial campsite, requiring different zoning. Changing his zoning may have worked, he said.

“What I found out is that if you go through that process we would probably get the requirements met to be able to expand our camping operation but at the cost of losing our agricultural zoning, even just for (camping) on a portion of our property,” he said. “And to me it was like, ‘That’s not the process we need to walk through. We need to play the long game here, which is to actually change the county code.’”