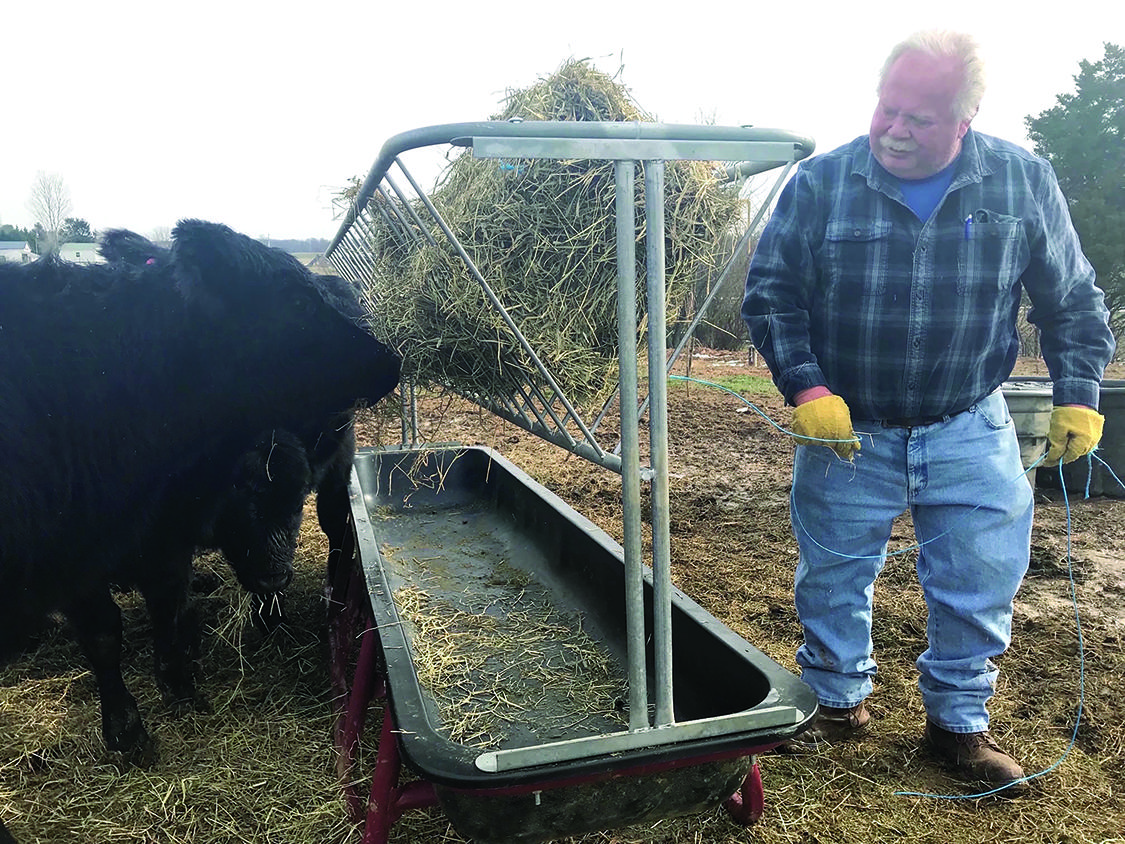 David Driever, owner of Windswept Farm in northern Harford County, Md., said he’s one of many farmers who have been contacted since the pandemic began by a swarm of agricultural e-commerce businesses looking to manage logistics and internet sales for regional farmers. (Photo by Jonathan Cribbs)

The COVID-19 pandemic was a boon to many local farmers in 2020 who found themselves facing a wave of interest from customers eager to avoid crowded grocery stores and their understocked shelves.

It also introduced producers to another wave: agricultural e-commerce businesses on the hunt to recruit regional farmers.

“I’ve been contacted by pretty much every company that’s popped up,” said Brandon Dodge, owner of Rastafarmi, a small Certified Organic farm selling produce and pasture-raised chicken eggs in Reisterstown, Md., just outside Baltimore. When the pandemic began, “I started getting hit with everything: emails, voicemails, phone calls.”

The resulting once-in-a-lifetime shockwave to the country’s food system sparked a blaze of activity from e-commerce entrepreneurs hoping to network local farmers and link them to customers. Some have made their way to the Delmarva region. Market Wagon, which manages logistics for local farms, debuted in Maryland in early October, after recruiting more than 30 local producers. Multiple farmers said they’ve been contacted by Barn2Door, which sells internet services and software for farms looking to digitize their retail business. WhatsGood, which takes orders from farms and farmers markets and delivers them — for a fee — is also servicing the region.

At least three such companies recently contacted David Driever, owner of Windswept Farms, a beef cattle operation in northern Harford County, Md. A Market Wagon representative met with him in person. He sells much of his meat at farmers’ markets and hasn’t partnered with any online companies yet, but he continues to think about it. He’s an admirer of Joel Salatin, the well-known Virginia livestock farmer and sustainable agriculture advocate, and saw a recent webinar where Salatin was asked what he would do differently if he could start his farm operation again.

“He said, ‘I would bring someone else on who had more advanced technology,’” Driever said. “He just recently started selling online. His son’s wife started that, and he regrets not doing that in the past.”

Market Wagon, which launched in 2016 in Indianapolis, is one of the companies offering local farmers that opportunity. It serves more than 20 markets nationwide. In Maryland, it also opened a 2,000-square-foot fulfillment center in Columbia, a receiving station that accepts farmers’ food each week just before it’s quickly delivered to customers who have ordered from farms on Market Wagon’s website. None of the food is held long enough to be warehoused.

Carter, a fourth-generation farmer himself, said he believes Market Wagon would have eventually reached all the markets it currently serves, but the pandemic accelerated demand for the industry’s services. It’s why, he said, so many farmers have been contacted by agricultural e-commerce businesses. While those companies are theoretically competitors, Carter said he doesn’t believe it’s necessary to think of it that way. The market — consumers eager to conveniently buy local food on their computers or smartphones — is too large and, at present, too underserved.

“It’s just an unimaginable opportunity,” he said. “Local food sounds great to so many people. It’s just so damn hard to find. So, what e-commerce is accomplishing is making this as easy as Amazon. By doing that, the sky’s the limit.”

Evermore Farm, a livestock operation in Westminster, Md., signed on with Market Wagon in the fall as well. Ginger Myers, who runs the farm with her husband John, was contacted multiple times by similar services over the last few years. (“Barn2Door has probably knocked on my door 10 times.”) Although she only does about a third of her business through Market Wagon, she saw the company as a lifesaver for local farmers whose markets, such as restaurants and other large buyers, disappeared after the pandemic sent the region into lockdown. Like Carter, she believes the pandemic nudged the entire local food industry forward in a short amount of time.

“It took an eventuality and made it a present reality,” she said.

She encourages farmers weighing partnerships with such services to carefully consider costs. She drives 40 miles one way to Market Wagon’s fulfillment center. She also pays a 20-percent commission on all her sales to the company — a percentage she haggled with Market Wagon over, which she also recommends.

Her business using the service “has had good weeks, it’s had disappointing weeks,” she said. “I think they have a well-oiled program machine. … It’s just on the tip of being profitable for me.”

Since the pandemic upturned the agriculture industry, such companies have seen astronomical growth. Market Wagon, which serves about 2,000 vendors, is eight times larger than it was pre-pandemic, Carter said. Harvie, a Pittsburgh-based internet sales and distribution company that links CSAs with customers while managing their website and ordering, reportedly experienced a five-fold year-over-year increase in sales. Barn2Door reported that in March 2020, just after the pandemic quickly swept across the globe, it experienced an eight-fold increase in the number of orders, with many of their vendors selling out.

The growth was so extraordinary that farmers markets may need to adjust along with local farmers. RetailWire, an online discussion platform for the retail industry, raised that subject with nearly 20 industry experts in December. While some said customers will always value the in-person experience of market shopping, others said markets will need to adapt.

“It appears that the era of the omnichannel farmers market is undeniable,” said Dave Bruno, director of retail market insights at Aptos, a San Diego-area retail software firm. “While I cherish the local farmers market experience, this does not mean it has to end. The long-term strategy for farmers is really no different than that of the grocery store today: optimize each channel while integrating them all to create a holistic brand.”

Dodge chose a much smaller, local food aggregator, Chesapeake Farm to Table, in Sparks Glencoe, Md. The business, which markets locally produced food to customers through a website, also struggled with runaway growth during the pandemic’s early months. Dodge said he heard a lot of promises from large, national online companies but didn’t love the answers to some of his questions. So he’s holding out for now.

“It was a good feeling to get calls from folks. My honest opinion is that this is the wave of the future,” he said. “I just wasn’t interested at this time.”