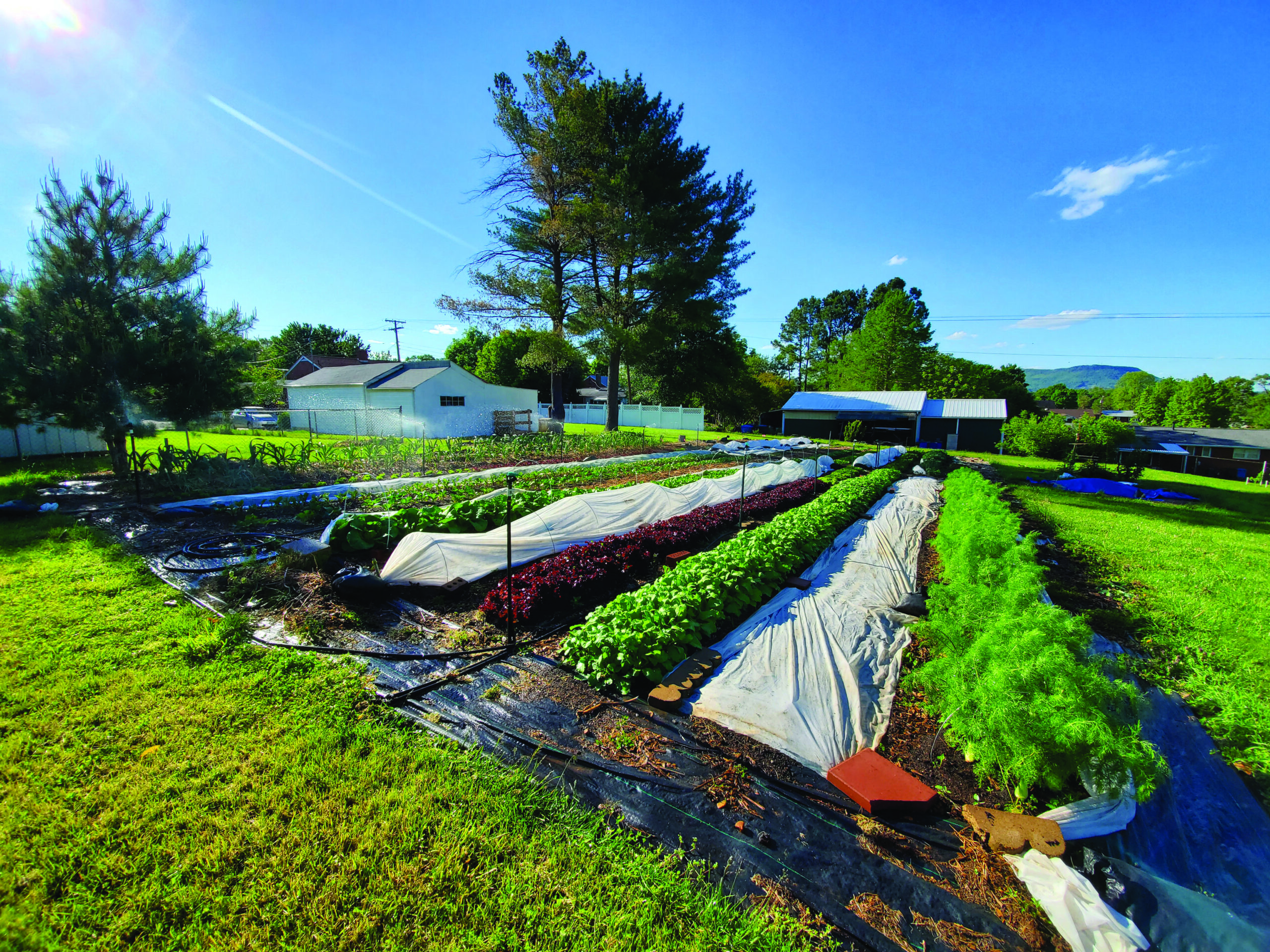 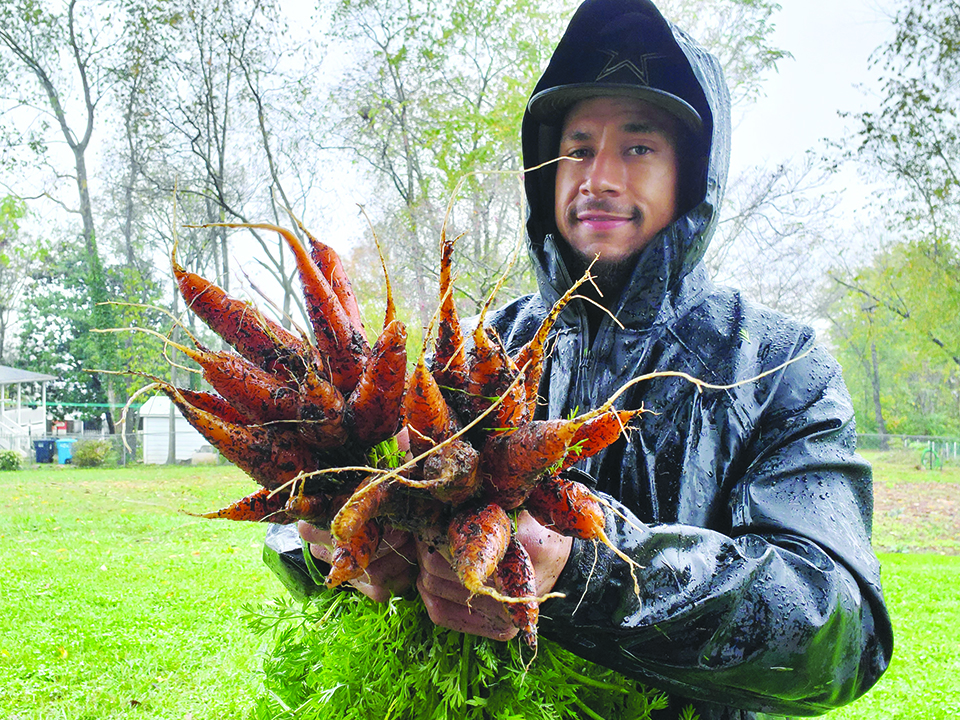 Cameron Terry had no farming experience until a year-long project in documentary filmmaking left him with a love of agriculture. He now operates a network of micro-farms and a health-clinic sponsored urban garden. (Photos courtesy Cameron Terry)

ROANOKE, Va. — Growing high-value produce on five residential yards and managing an urban farm in a food desert are enabling a newcomer to agriculture to make a living.
It is also leading him to search for his own farmland.
California native Cameron Terry, 32, said he had no farming experience until a year-long project in documentary filmmaking left him with a love of agriculture.
That led to a career change and move from the western United States to East coast in 2017.
He and his partner, Chole Johnson, decided to come to Roanoke when Johnson’s father agreed to let Terry start Garden Variety Harvests in his backyard.
The following year Terry started working for Carilion Clinic developing its Morningside Urban Farm which opened in April 2019.
Terry went to film school at University of Colorado-Denver, which led him to document a homestead farmer who committed to only eat food she had grown in her garden or greenhouse for one year.
As he filmed her, Terry said he was inspired by the woman and learned about farming and food.
“I found I was never happier than when working in the garden or preparing food for fiends,” he said.
The Garden Variety Harvests micro-farm network of yards now totals about 8,000 square feet of gardened bed space.
Terry said that he uses a small plot intensive model for growing his salad foods — such as lettuce, kale and spinach.
He added he has an especially high demand for okra as well.
“It’s a nice way to get some steady customers, to get some people to return to the market,” he said.
He said he grows over 40 kinds of vegetables but shies away from more labor intensive crops such as green beans, peas and sweet corn.
Terry sells his produce on Saturdays at the Grandin Village Farmer’s Market.
He said he is grateful the market’s management found a way to keep it open during the COVID-19 pandemic by creating a drive-through marketing system.
The market is run by the Local Environmental Agriculture Project (LEAP), a nonprofit organization with the mission “to nurture healthy communities and resilient local food systems. We do this by connecting local farmers, food producers, culinary entrepreneurs and community members….”
“I don’t know how successful I would be without LEAP,” Terry said. “They have a real hub. It’s pretty awesome.”
He said he uses a lot of row cover to protect them from deer, bugs and groundhogs.
He also uses some homemade tunnels so he can grow year-round.
He has installed overhead irrigation, an investment he feels is worth the cost even though in his three years of growing, he has not used it much due unusually wet weather.
The Carilion Clinic’s Morningside Urban Farm was created to help meet needs for fresh food in the southeast section of Roanoke which has been deemed a food desert.
Before the COVID-19 pandemic, the urban farm held dozens of events for the community to promote the importance of having a diet with fruits and vegetables and educate people on growing their own food.
The urban farm borders the Morningside Community Garden, where people can rent space for their own garden plot and Terry serves as an advisor to them.
While he is making a living with these, Terry said he is looking for a single site to farm.
He is doing this through Southwest Virginia Agrarian Commons, a group that works to preserve farmland for small-scale operations.
Terry is a founding board member.
Since 2002, they have helped protect over 55,000 acres of land in the region and over 26 miles of New River frontage.
He said he cannot afford to pay the price land brings for development in the area and hopes organization will be able to link him with a new place to farm.
“Farming yards is really special,” Terry said. “But I do not want farm yards forever. I’m looking for a single site farm.”