Farms use ‘culture’ to keep labor 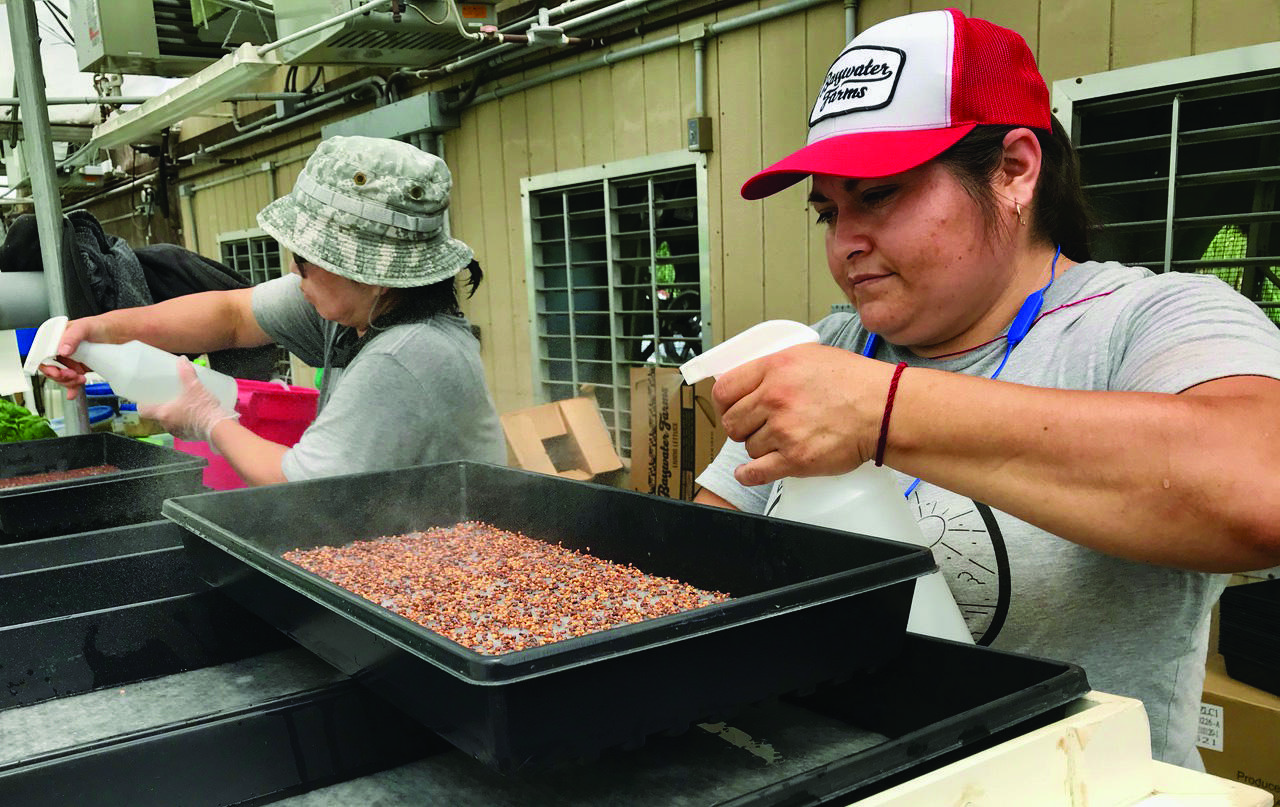 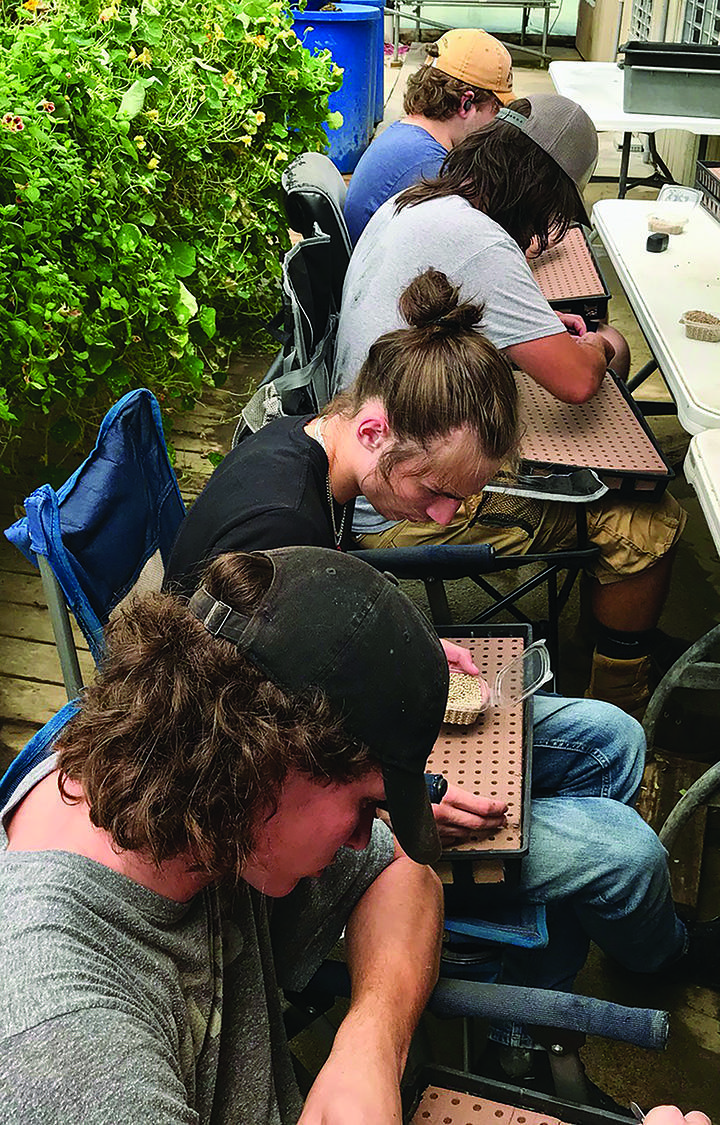 SALISBURY, Md. — Nicholas Krisulevicz first began working at Baywater Farms about four years ago. The Salisbury University computer science student works in the greenhouse where he and a group of co-workers pick through and package pricey, hydroponic heads of bibb lettuce before boxing them, up to 300 cases a day. It’s repetitious work eased by the company’s culture, which cares for its employees, he said. Since he began working at Baywater in high school, the company has adopted a 401(k) program, health and supplemental insurance, and in the summer, food trucks and shave-ice trucks visit the farm free of charge to employees.

“That was a huge morale boost for everybody when the food truck came last summer,” he said. “You never feel like you’re treated badly here in any way. … This is a very serious operation here when it comes to producing and getting orders shipped and packed on time, but at the same time it’s not like everybody’s worked into the ground.”

It’s the kind of culture created to recruit and retain farm employees in an extremely tight labor market, said Andy Holloway, vice president of Baywater Farms. Employers across the economy are struggling to find workers, and agriculture — already wrestling with a long-bemoaned labor shortage — is no exception. U.S. farms hired 11 percent fewer workers in April than the previous year despite a 6-percent increase in wages, according to the USDA’s farm labor report in May. At a recent Maryland Agricultural Commission meeting, member Michelle Protani-Chesnik said it’s become difficult to find workers for poultry farms as Eastern Shore poultry plants, desperate for help, increase wages.

Increasingly, labor is dictating the terms of employment, said Ben Flahart, co-owner of Kilby Cream dairy in Cecil County, Md. Part of his farm operation is a trucking business, and at least six of the company’s 30 trucks remain parked because qualified drivers have been so difficult to find. He’s raised pay to stay competitive, but he said he’s noticed a changing dynamic during job interviews.

“It’s like they’re interviewing me,” he said. “I’m nervous. It used to be the other way around.”

Prospective drivers call the office or come in for interviews asking about benefits and perks and compare them to other desperate trucking companies.

Agriculture’s labor shortage long predates the COVID-19 pandemic, and while more farm businesses may be offering perks such as 401(k)s, that hasn’t become the norm yet, said Allison Crittenden, congressional relations director at the American Farm Bureau Federation in Washington. Wages may increase, but most farms operate under small profit margins without “wiggle room” for extra benefits. The extraordinary demand for labor industrywide has expressed itself in the federal government’s H2A program, which approves foreign nationals to work temporarily in the agriculture industry. The program has grown 350 percent over the last decade, Crittenden said. Supporting legislation that would provide legal status to undocumented farm workers is a Farm Bureau priority.

“The existing farmworker population is getting older and likely aging out of the industry,” she said.

But farms that don’t have the resources to navigate the government’s notoriously byzantine H2A program or lure domestic workers with juicy benefit packages may need to consider more creative solutions to the worker shortage. Matthew Watson, who oversees a 150-acre cattle farm in Lee County, Va., said he dealt with the problem by developing a closer relationship with his employees. The farm operation is small — he typically only has two employees — but he asks them what they plan to do with their career, what their skills and interests are, and finds a way to fit that into their job.

“We’ve tried to help our employees utilize their skills… instead of trying to compete on a paycheck level,” he said.

Last year, the farm needed bookkeeping and web design help. The employee he hired was also an amateur photographer, so Watson made a deal with her. He allowed her to build and promote a photography venture to the farm’s customers. The employee got to build her own business, and the farm could use her photos.

“You just have a more loyal employee in the end,” Watson said. “It takes more effort on my part and a lot more being willing to work through problems and headaches, but I think the benefits outweigh that.”

Back at Baywater Greens, which includes up to 70 employees, many have started 401(k)s, indicating a potential interest in remaining at the company, said Matthew Obert, the 32-year-old greenhouse manager. Pay per hour has increased over the last several years. He sees signs across the Shore advertising job openings at the poultry integrators, and he can feel the competition to hire workers. One recent applicant never showed up for his interview.

Aliza Weaver, a 20-year-old college student, has worked at Baywater for a little more than a year. She found the job through her Wicomico County high school’s horticulture program, which had a relationship with the company. She immediately noticed the company’s morale, particularly on days when the food trucks arrived, a pleasant interruption to a job that can feel tedious at times.

“I really like it here,” she said. “It makes me feel appreciated or recognized, which I haven’t had at another job.”

Baywater boosted its benefits and perk package about two years ago, after the company lost drivers to another employer offering health insurance. Krisulevicz, at one point, briefly left Baywater to take a job in retail sales, and the pandemic pushed him back to the greenhouse with a higher wage. He said he’s happy and couldn’t tell you what his hourly rate is.

“Leaving that first time was a mistake,” he said. “But I guess I never would have learned how much I appreciate this place without leaving.”