For Dawson, all the farm’s a stage 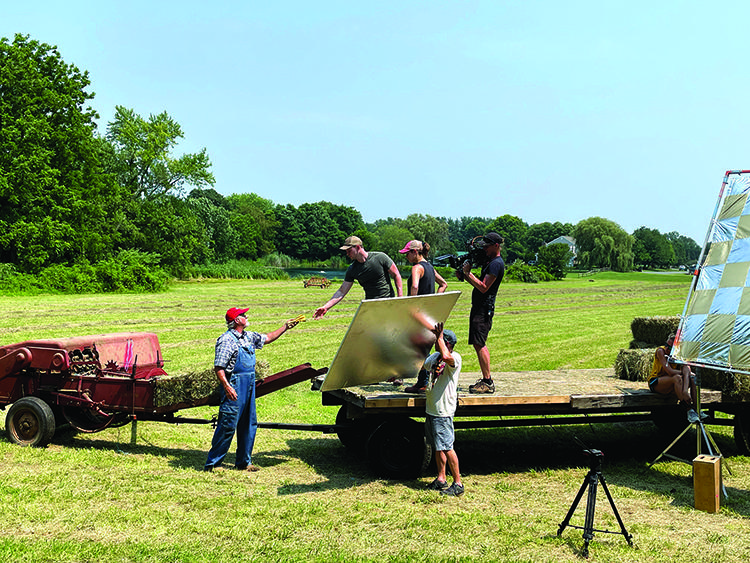 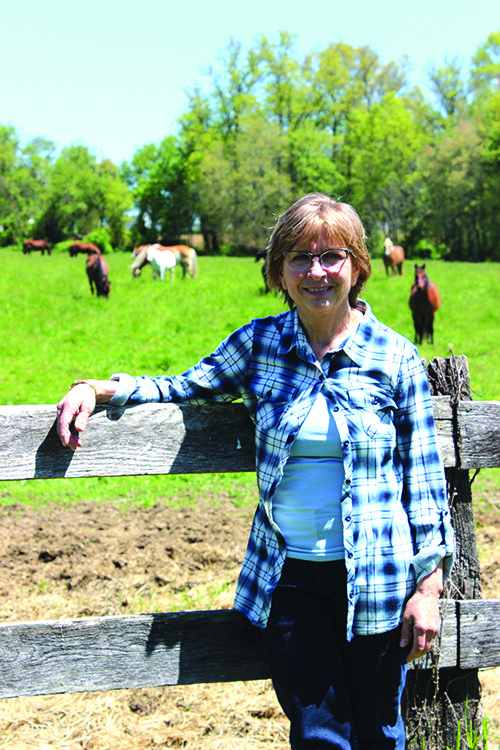 NORTH EAST, Md. — The year 1998 was a big one for JoAnn Dawson.
That year, she and husband Ted purchased a 52-acre farm that would become Fairwinds Farm & Stables, which has become a multi-pronged operation with horseback riding, a wedding venue, a bed and breakfast, and produce among its list of services.
It was also the year she wrote the screenplay for “Cream of the Crop, ” which has now been developed into a feature film premiering on May 19, 20 and 21 in Maryland.
JoAnn grew up on a dairy farm in Newark, Del., and caught the acting bug performing in community theater productions. She’s blended her acting and farming careers for decades. While she and Ted managed the Carousel Farm & Riding Stables in Delaware from 1986 to 1998, JoAnn landed small roles in The Sixth Sense, Oprah Winfrey’s Beloved, 12 Monkeys along with many other movies and television shows.
The script stayed tucked away until the production crew for the 2021 movie, “Hope’s Legacy,” was filming on the Dawson’s farm and JoAnn pulled it out for director Douglas B. Maddox to read.
“It was sitting on the shelf until then. I kind of forgot about the script,” JoAnn said. “I actually gave up on it.”
Maddox said the farm-centered script intrigued him and he was eager to make it into a movie.
“It was a very good story, very honest, true to real life,” he said.
The story brings together drama, romance, action with themes about family, farming and second chances.
The movie stars Brittany Goodwin as Jodi Stafford, a young high school ag science teacher struggling to keep her family farm from falling into the hands of real estate agents.
In the midst of fending off developers, she meets Mike Jared, played by Ben Davies, an ambitious strategic analyst for a company that’s been selling nearby farmland.
The film’s official trailer can be viewed at fairwindsstables.com.
“As their worlds collide, their relationship is put to the ultimate test,” the films’ press release reads.
JoAnn offers her own synopsis.
“It’s sort of the country-girl-meets-the-city-boy,” JoAnn said. “She kind of introduces him to farm life, he falls for her.”
JoAnn said she used many details of her own life experience in the script. Ted was the “city boy” in her life who found farming through her.
But the movie confronts issues farms everywhere face, including keeping the family involved and working together and making the farm viable.
“Growing up on a farm was I think the best way you could grow up,” she said. “The movie depicts a small farm in trouble and I think we did that correctly.”
During its three weeks of filming, the cast and crew used eight locations in Cecil County, including the Dawson’s farm.
“I couldn’t have asked for a better crew,” JoAnn said. “We had so much fun shooting it.”
The film premieres on May 19 at the historic Senator Theater in Baltimore with 6 p.m. screening. Additional screenings are on May 20 and 21 at the Milburn Stone Theater in North East, Md. Tickets for the premiere screening are $20. Maddox said a wider release which includes some streaming services, is planned for late summer.
JoAnn has also written several books, including the Lucky Foot Stable Series, chronicling the  adventures of two  lively girls and their horses. She said she’s writing the sixth book in that series now and expects that to be her last. As for scripts, she said “Cream of the Crop” will be her only one and hopes people who see the film gain an appreciation for farming that she grew up knowing.
“I hope they take away that farms can be a struggle and it’s a fantastic place to raise a family,” she said. “And that there can be solutions to the problems. You can come up with ways to make your farm profitable.”