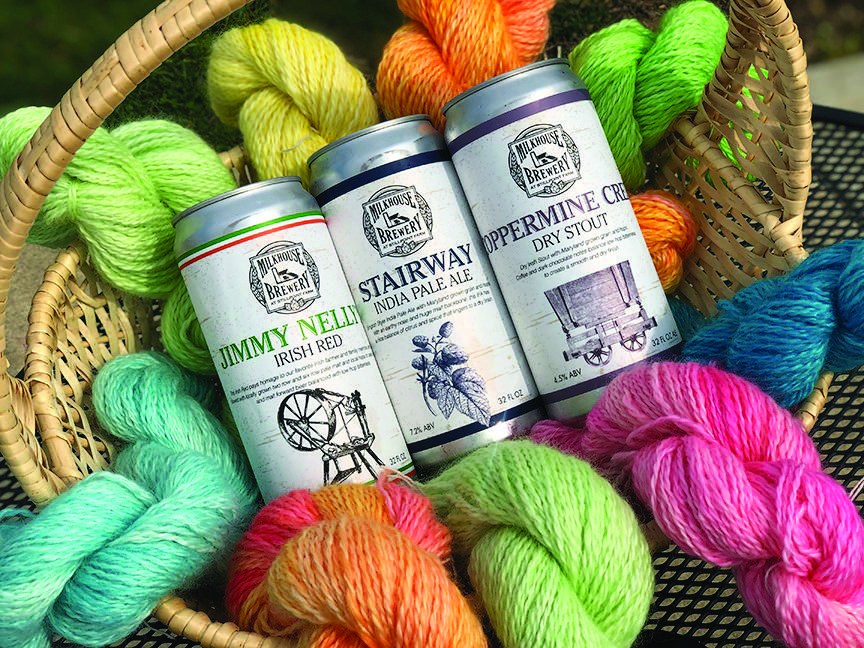 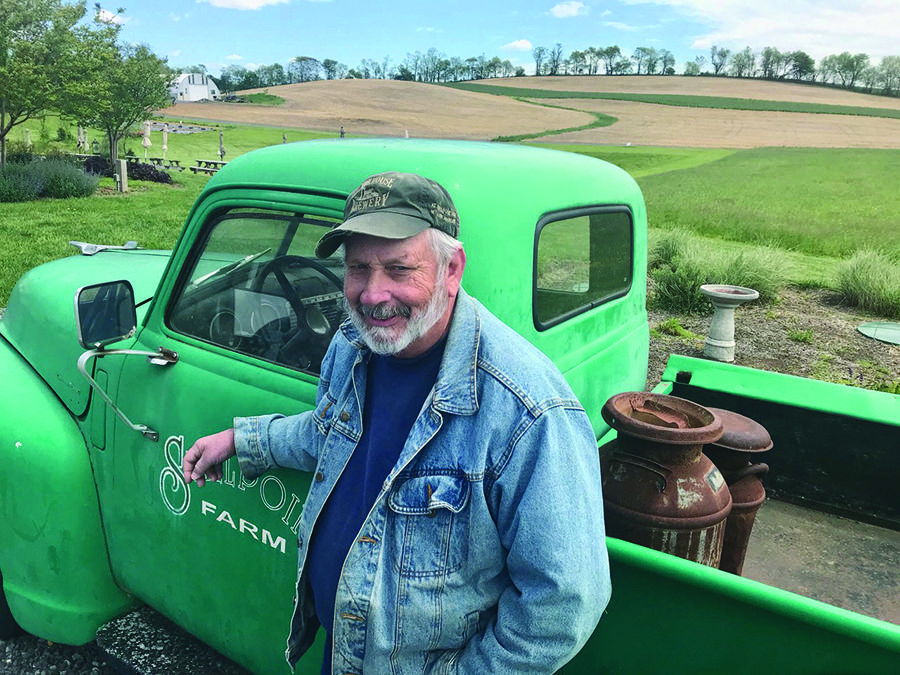 Tom Barse, owner of Stillpoint Farm in Mt. Airy, Md., is one of several prominent agricultural voices in Frederick County hoping a feasibility study will lead the county to build a new agricultural center that could help farmers turn their farm products into more profitable value-added products such as jams or cured ham. (Photo by Jonathan Cribbs)

MT. AIRY, Md. — When Tom Barse considers the economic squeeze on regional farmers — the double whammy of rising costs and static commodity prices — he worries for the future of agriculture in the Mid-Atlantic.

“The number of farmers who do traditional agriculture, you know — beans, corn, wheat, dairy — it’s dwindling fast, especially dairy,” he said, sitting outside his Frederick County farm brewery last week. “I mean, you have to have 3,000 or 4,000 acres in row crops to make a living. In some areas, some guys are paying up to $250 an acre. I don’t see how they can make it.”

Barse, owner of Stillpoint Farm, raises sheep and high-quality hay for the equine industry.
He opened the popular Milkhouse Brewery on the farm in 2013, producing a series of year-round and seasonal beers made with locally sourced ingredients, including hops from his own farm. It’s a diversified operation built for an emerging farm economy.

Now Barse is part of a group including County Executive Jan Gardner that wants to make it easier for other county farmers to strengthen their operations as well — by turning their crops and livestock into more profitable value-added food products.

In the proposed budget for the upcoming fiscal year, Gardner has included $100,000 for a feasibility study of a new agricultural center that could include features such as a commercial kitchen, cold storage, meat processing equipment and other equipment to produce popular value-added products such as ice cream, baked goods, jams, jellies and salsas.

“It’s about trying to figure out what people want, how big it should be, what the facility should look like, and that will help us go to the next step,” she said. “It’s just another effort for us to push the value-added.”

The study is the product of an agricultural roundtable the county held two years ago to better gauge the industry’s needs. The county’s once-prominent dairy industry has been rapidly declining over the last several decades (much as it has across the region).

“We have a lot of diversity in our agricultural community here, but a lot of people in the dairy industry are looking to something else to diversify,” Gardner said.

To that end, the Gardner administration also announced a grant program late last year that would award $5,000 or more to help the county’s roughly 1,300 farms expand or diversify. That money could be used for research and development, production buildings, fixtures or processing facilities. It’s the kind of support that could have helped Barse, a member of the county’s Agriculture Business Council, when he was launching his brewery.

Even now, he continues to see ways to further diversify his farm, including turning milk from his sheep into cheese. He’s building a farm stand so he can sell lamb by the cut in addition to produce raised on the farm. It’s part of a deep commitment to value-added agriculture that allowed Barse and his wife, Carolann McConaughy, to buy Stillpoint Farm in 2008 and turn it into a small-but-sustainable farm operation — despite the region’s disadvantageous farm economics.

A regional agricultural center could do the same thing for farming in Frederick County, he said.

Gardner said she expects the county council to pass the budget, including money for the study, by the end of the month.