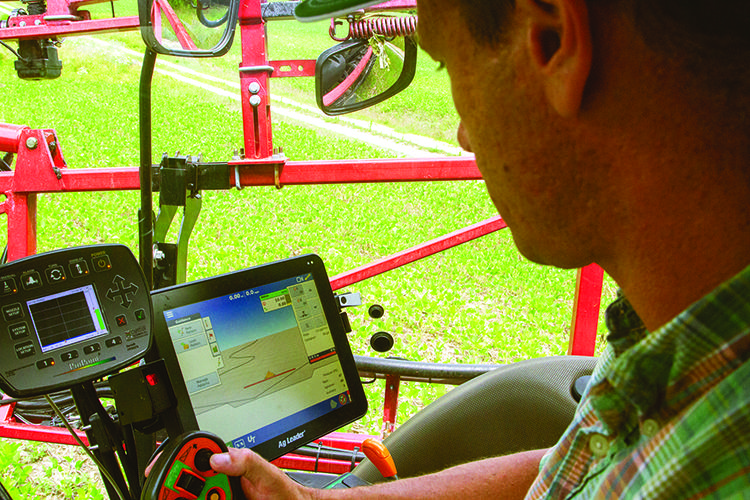 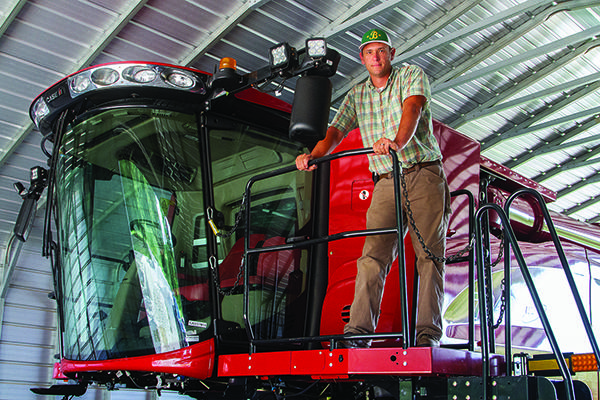 BLACKSTONE, Va. — Farmers and agronomists know well that soil compaction can have negative effects on their crops.
What’s unclear is how much of an impact it can have on yield and soil health and what can feasibly be done to limit it.
Controlled Traffic Farming is one way farmers can mitigate compaction by strictly following a pre-planned traffic pattern and modifying equipment as needed to optimize alignment of operating widths, wheel spacings and tire widths.
Aided with a Conservation Innovation Grant through USDA’s Natural Resources Conservation Service, a Virginia grain farmer and multiple partnering groups are embarking on a years-long study to evaluate and fine-tune aspects of controlled traffic farming for its soil health benefits and overall field profitability.
John Shepherd, who farms about 2,500 acres in Virginia’s Piedmont region, for about four years has been practicing Controlled Traffic Farming on some of his fields through a contract with the NRCS Environmental Quality Incentives Program, limiting equipment traffic to about 30 percent of the field area.
His equipment is outfitted with GPS guidance to keep it following the same path through the season and fields are mapped to help custom operators find the same path.
He also modified equipment to limit traffic, included extending his combine’s auger to reach a truck or grain cart traveling the same path as the combine.
Through the CIG funding, Shepherd and partners plan to evaluate the system and take additional steps, pairing the low-tech practice of tramlining with technological enhancements.
Tramlining involves not planting selected crop rows to establish a pattern for subsequent equipment operators to follow. Even with precision guidance, challenges in getting and maintaining a signal connection and keeping all operators and implements in the same traffic pattern in all crops and seasons moved Shepherd to wanting visual markers in the field through establishing tramlines across fields.
“It would stop him,” said Tim Woodward, Shepherd’s crop consultant with Tellus Agronomics, speaking about GPS signal challenges. “When things go bad, there’s few people to call to get up and going again.”
Many involved in the project said no-till practices and cover crops have move soil health a great distance, many involved in the project said, and now improved technology can help drill down into other ways soil quality is impacted.
“We’re kind of at the point where we’re ready to take the next step and compaction is part of that,” said Chris Lawrence, NRCS-Virginia cropland agronomist and technical manager for the project.
It’s better to travel the same path over and over than to use multiple paths fewer times, he said. The more-compacted designated paths get can also help equipment travel better in wet periods.
Lawrence said Controlled Traffic Farming is only one strategy to address compaction.
Staying off the ground when it’s wet also helps but can be unavoidable at key parts in the season. Another route is to make the soil more resilient by adding organic matter and limiting tillage as much as possible so it can then tolerate traffic better.
Reducing traffic on fields can happen in stages or to different degrees, he added.
“You start by planning where you want to drive,” he said. “What John is trying to do is take that to the next level. You can have a plan and implement it over time.”
An additional component in the $299,891 grant project will employ a practice called chaff lining, which, through equipment modification, directs weed seeds and chaff during harvest in the tramlines, rather than spreading them across the field with crop residue.
“With tramlines, all equipment operators will be able to clearly see where wheels need to go in order to avoid compaction in the rest of the field” Shepherd said in an NRCS news release. “Chaff lining will help reduce weed pressure, which is of critical importance to both conventional and organic grain producers. It also helps make the tramlines more visible.”
If the chaff lining proves effective, Michael Flessner, Virginia Tech weed science specialist said it could be pivotal in the fight against herbicide resistance issues.
Putting the weed seeds where equipment will repeatedly drive over will create a harsher environment for them to grow and could also decrease the seed bank elsewhere in the field.
“It’s already sort of a sacrifice area in the field, so by putting the weed seed there, you’re concentrating them in one place.” Flessner said of the tramline/chaff line combination.
“By spreading those seeds out with a combine, you’re really rewarding them for surviving through the season.”
Controlling weeds better while staying within a no-till system would preserve gains in soil conservation, too, added Kristen Hughes Evans, executive director of Sustainable Chesapeake, one of the partners in the CIG project.
“We have come a long way with nutrient reduction and water quality, it would be a disaster if we had to start controlling weeds with tillage,” she said.
Along with Flessner, Virginia Tech specialists Wade Thomasen, David Holshouser and Brian Badgley are involved in studying the system’s profitability changes in physical soil properties.
“Soil health starts with the physical properties,” said Holshouser, an Extension soybean agronomist. “From a scientific or research standpoint, we want to see changes in soil quality and we’re talking about a multi-year project to track this over time.”
Lawrence said the structure of the CIG program lends itself to projects like this with several facets and teams of people using a systems approach.
It’s also useful in encouraging operators to explore innovative practices but not have to shoulder all the risk of it not working out.
“They’re a really cool mechanism to try innovative stuff,” Lawrence said of the grants. “By it’s nature, it’s not guaranteed to work. It’s a process to find out what works.”