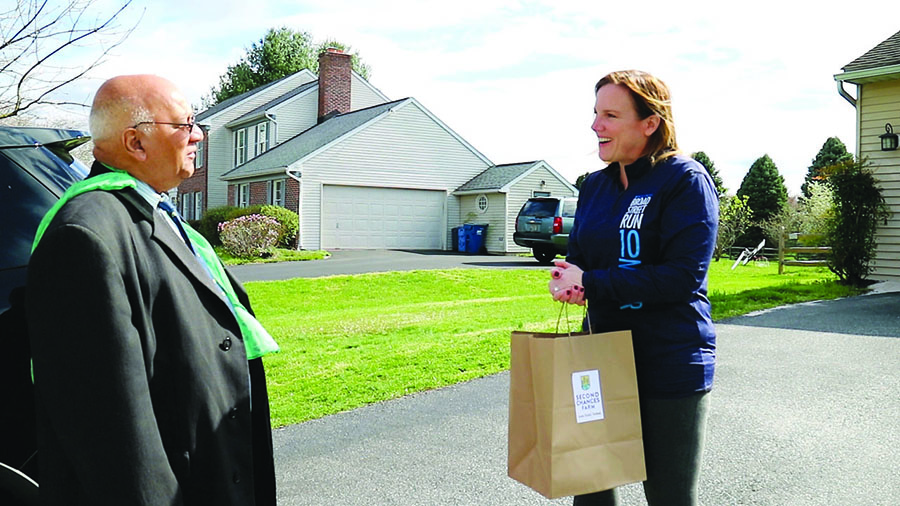 The founder and CEO of Second Chances Farm, Delaware’s first large, hydroponic, indoor agricultural operation, spoke last week with city officials from Lincoln, Neb., who had read about his rapidly expanding business and wondered if George could be part of Lincoln’s future.

In addition to profiting on vertically-grown, leafy greens and herbs, George’s farm is committed to reducing recidivism by hiring ex-convicts, more than half of whom, on average, reoffend, often due to a lack of employment.

That sounded great to Lincolnites.

“I had some serious people on the call,” George said. “What I tell everyone who calls me is if you raise the capital and get all the approvals, I’ll come and (manage) the farm for you. But I’m not knocking on any doors.”

Lincoln was just the most recent city that expressed interest in partnering with the flourishing Second Chances Farm brand, which builds large, vertical farming operations that help ex-cons and capitalize on a federal program which awards tax breaks to investments in economically-distressed communities such as Wilmington’s Riverside neighborhood. Second Chances is located there.

Soon it will also be in Philadelphia, Chicago and potentially Las Vegas thanks to local partners and investors who have committed millions of dollars to the company’s expansion. Second Chances announced in September a partnership with developer Michael Bailkin as the primary investor in a new indoor farm up to 50,000 square feet for $10-15 million near Temple University that could eventually double in size.

In November, George announced a partnership with an existing indoor vertical farm to establish Second Chances Farm Chicago, and he’s still talking with potential investors in Las Vegas for an operation there. Over a 10-year period, he’s hoping to provide investors with a roughly 8-percent yearly return on their money.

Did he see all this as a possibility when Second Chances first launched in the fall of 2019?

The whirlwind expansion didn’t start until the Trump administration included Second Chances in a 72-page report last June about the federal government’s Opportunity Zones program, which launched in 2018. The program uses tax breaks to encourage new investment in communities designated by the state and federal government as Opportunity Zones. The hope is to spur economic development.

Second Chances, profiled on page 38 of the report, operates in one of 5,000 zones across the country.

But other people saw the report, and George began getting calls. High-ranking federal officials including Attorney General Bill Barr and Housing and Urban Development Secretary Ben Carson, toured the facility in September, compelled by a business that uses ex-convicts to grow herbs and leafy greens such as Russian kale, mesclun, Spigariello broccoli leaf, arugula and bok choy. The press generated a lot of free attention.

Then the coronavirus pandemic hit Second Chances much like it did many farm operations. Most of its customers were restaurants, but once they were shut down in March, Second Chances quickly launched an online service for regular household customers. It’s not cheap. Customers can buy weekly deliveries of 16 ounces of packaged greens and 4 ounces of herbs. The price: about $100 per month.

It’s one of the reasons George said he doesn’t see Second Chances as a primary competitor to most regional farmers.

“A typical Delmarva farmer is growing soybeans and corn. We are an additional component in the farming world,” he said. “We want to be part of the farming industry, and we believe we can coexist without any competition.”

Second Chances is still expanding in the Delmarva. It’s eight-level hemp operation, built at a cost of $10 million with investors from New York and New Jersey, opens early next month. A second farm for Wilmington is still on the drawing board, and George has listened to interest from people in Sussex County, Del., and across Maryland’s Eastern Shore. (The Salisbury area, for instance, has several Opportunity Zones.)

The coronavirus should have put Second Chances out of business, George said. Instead, after a wild year, it’s looking at an expanding national footprint.

“We judge the success by the fact that we are alive,” he said.