Getting to the first week after hatching 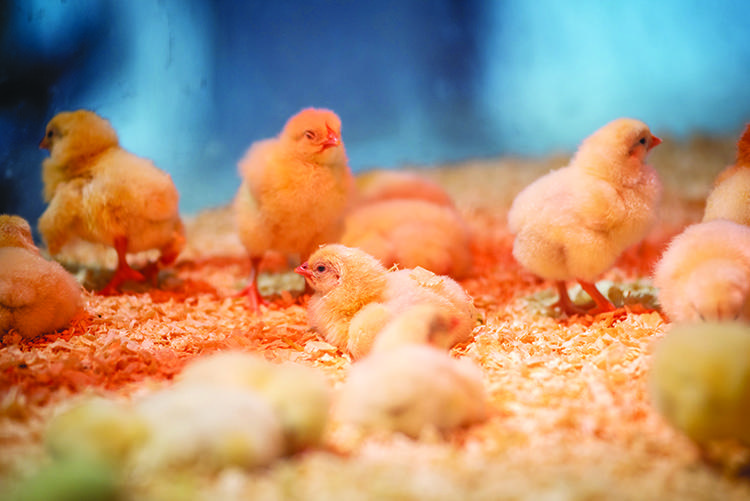 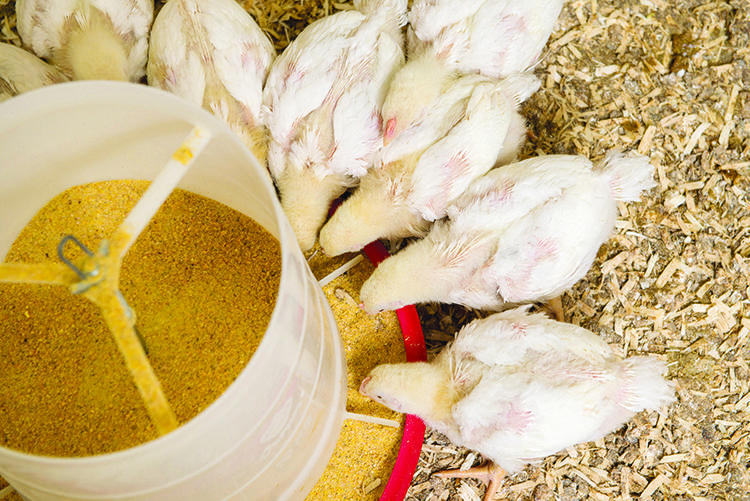 While just 1-2 percent of hatched chicks don’t make the necessary metabolic transition, industry-wide that translates to as much as 180 million birds that are affected. (Photo by Edwin Remsberg)

COLUMBIA, Mo. — The U.S. broiler industry is continuing its efforts to reduce antibiotic use, despite the number of birds raised without antibiotics slipping to 52 percent in 2020, according to latest figures.
Greg Rennier, PhD, president of Rennier Associates, a firm that tracks poultry health trends, said half of all birds reared in the United States came from no-antibiotics-ever systems last year, a six-point decrease on 2019 figures.
Yet despite the decline, industry data showed U.S. producers remain committed to reducing antibiotic use, with just 1 percent of broilers in 2020 in “full-spectrum” programs — those that allow the use of medically important antibiotics. Just 6 years earlier that figure was 45 percent, the data showed.
Speaking to Poultry Health Today, Rennier said less than 10 percent of chicken meat marketed in the United States a few years ago was marketed as NAE, and he hadn’t seen data to the contrary since. With antibiotic-free rations often costing more than formulations containing antibiotics, some producers may have adjusted their formulations to take advantage of lower-cost, consumer-acceptable options — especially since they weren’t receiving a premium price.
“A few respondents in our Market Tracker study said they had learned how to raise birds without antibiotics, and they had done a good job, but it was proving too costly, so they decided to look at other programs,” he said.
“We’re seeing that producers are now comfortable growing birds in NAE systems, but they can’t sell their birds as NAE so they’re backing off a little.”
Of those who had moved away from NAE production, Rennier said some switched to more affordable “ionophores-only” programs — a category of animal-only antibiotics that prevent ubiquitous challenges such as coccidiosis.
While that category had hovered at an average 16 percent of production in recent years, in 2020 it jumped to 22 percent of all birds produced. The reduced-use category — those that allow the use of non-medically important antibiotics — held steady at about a quarter of birds produced last year.
“Ionophore programs still match the World Health Organization’s guidelines, and those guidelines are very good,” Rennier explained. “If you put the statistics for this category and NAE together, the numbers grew slightly, which shows the industry is moving away from antibiotics.”
Rennier said another driver in the switch from NAE systems was the increased use of eubiotics — products such as botanicals and essential acids which provide a healthy balance of the microflora in the gastrointestinal tract.
About three-quarters of broiler feed tonnage contained a eubiotic in 2020, Rennier’s survey of U.S. producers showed.
“People are becoming more comfortable with eubiotics products,” he said. “They’ve spent a long time trying to find antibiotic replacements, and they’ve done a good job.
“One thing that is different about eubiotics versus antibiotics or coccidiostats is you can use multiple ones in the same ration,” he added.
“The industry only feeds one antibiotic at a time or one coccidiosis-control product at a time, but eubiotics are often combined for a synergistic effect.”
In addition to the increased use of eubiotics, Rennier said producers’ experiences of producing birds in NAE systems had led to other good habits such as stricter biosecurity and hatchery cleanliness which were further helping the industry’s efforts to limit antibiotic use.
In addition to eubiotics, integrators indicated they were relying more heavily on coccidiosis vaccinations to manage this disease.
“Coccidiosis vaccine usage has been on the rise for the last 10 years, with just under 50 percent of broilers receiving a coccidiosis vaccine during 2020,” he said.
“Many of those vaccine programs employ a shuttle, with a vaccine given at the hatchery or in ovo, followed up with a coccidiostat in the grower or finisher rations.”
While shuttle programs remain a major part of the US poultry industry, their use has declined slightly in recent years, Rennier noted.
“I think production managers are getting more comfortable with these products over time.
“Rather than hedge their bets with different cocci-control products in different rations combined with one or more eubiotics, they have more confidence in using a single coccidiostat or a vaccine paired with lower-cost eubiotics. All the experimentation from the last few years seems to be paying dividends today.”
Looking ahead to 2021’s survey, Rennier said he expects to see the figures stabilize, with NAE systems hovering at about 50 percent of broilers.
Non-medically important and ionophore-only programs are likely to remain at about 25 percent each, he added.