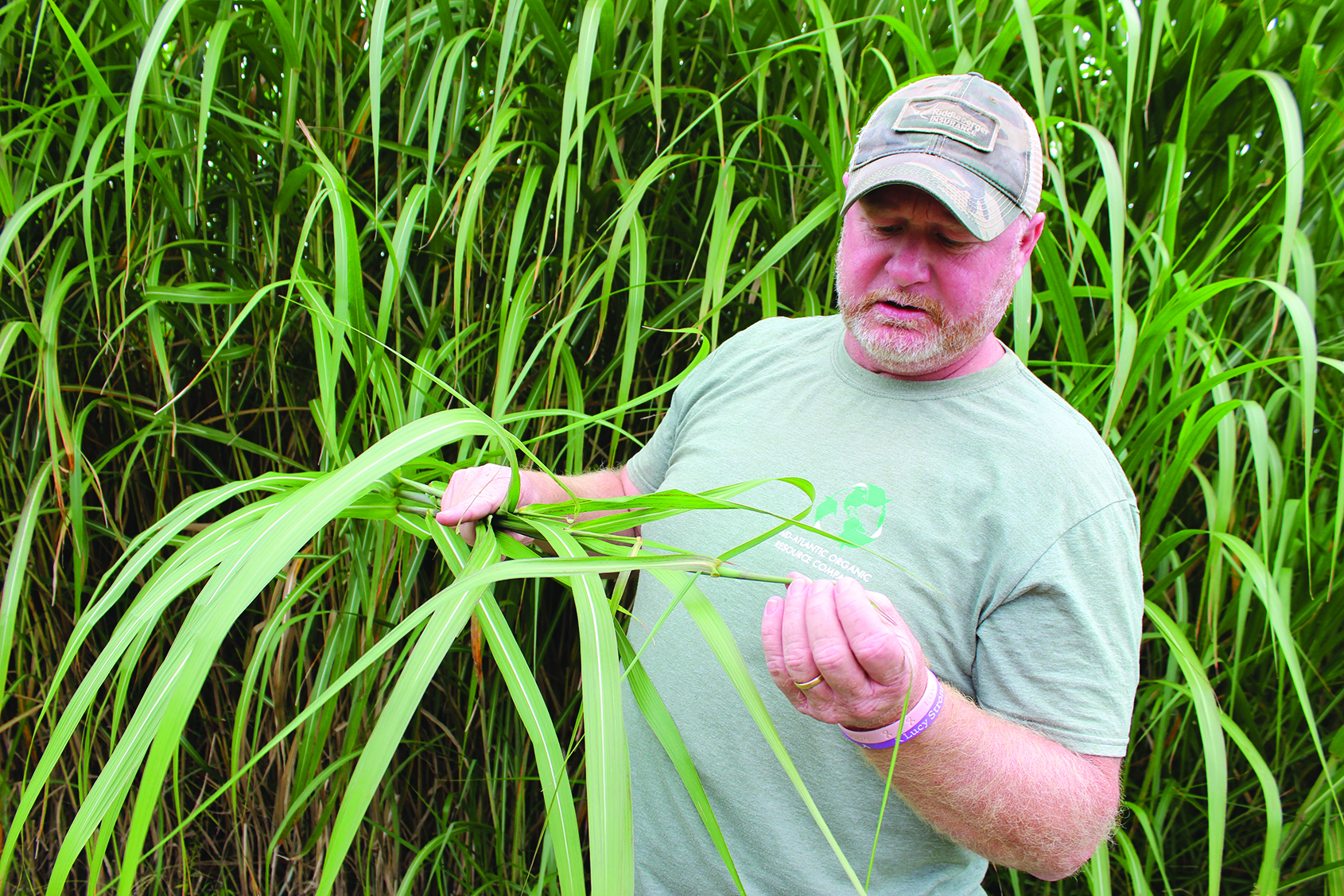 David Tribbett looks at four-year old Giant Miscanthus on his farm in Ridgely, Md. With 500 acres growing now, he said he’s planning to plant it on another 600 acres and use the grass for poultry bedding and in his compost company. (Photo by Sean Clougherty)