GM at Tri-County, ready for challenge 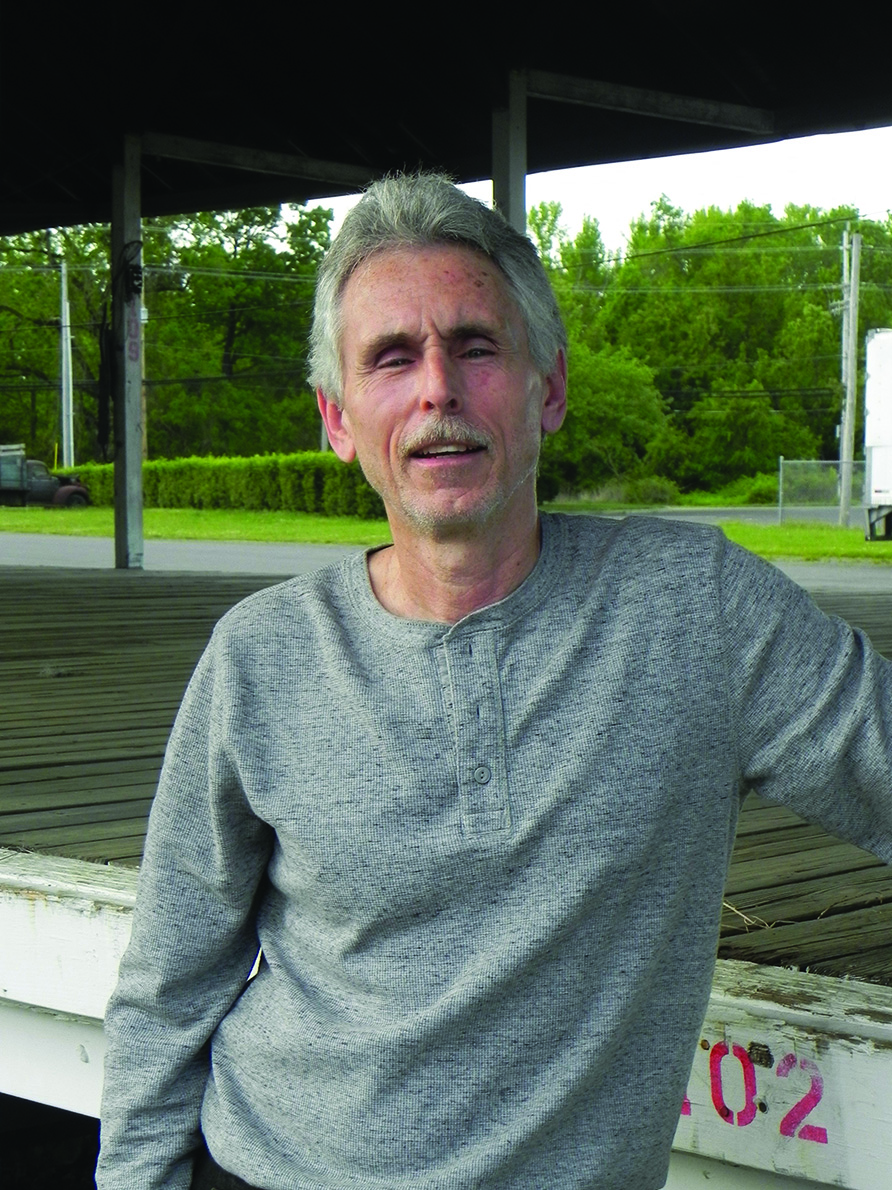 HIGHTSTOWN — Among the hard working farmers from all around central New Jersey, no one is questioning Bill Walker’s work ethic and enthusiasm for agriculture.
Walker retired from the New Jersey Department of Agriculture on April 23. He worked there in marketing for more than 30 years. Four days later, he started at his new position as General Manager at the historic Tri-County Cooperative.
“It’s either the best time or the worst time to be in this business,” Walker said, shortly before farmers on this non-profit cooperative board assembled for one of their monthly meetings.
“We had talked about this job and I wasn’t sure if it was the right thing to do during this pandemic, but when I left the department of Ag … one of my hot button issues was community farmers’ markets,” he said.
Many of these markets are sponsored by individual municipalities, “and it’s not often the kind of thing they think about as a liability,” he said. “Most of our members here do community farmers’ markets as well.” Given there may be fewer community farmers’ markets this season, he said now is a good time to consider membership in the Cooperative.
Walker worked in veterinarian’s offices in high school and college and was raised in the Hamilton Square section of Hamilton Township in Mercer County, just outside of Trenton. The Burlington resident’s mother was a Realtor and his father worked as a welder for Princeton Plasma Physics Laboratory on Route 1 in West Windsor.
He went to Cook College on the pre-vet track and graduated in 1979. He taught school for a few years in Edison and then went back to Rutgers to get his Masters’ Degree in Agriculture Economics and Marketing. He got involved in the Jersey Fresh marketing campaign and started at the Department of Agriculture in Trenton after completing his Masters in the mid-1980’s. He wrote the “Jersey Fresh Report” that appears in The New Jersey Farmer until early April.
His wife, Linda Walker, still works there, in Secretary Douglas Fisher’s office and with the New Jersey State Board of Agriculture.
“I’ve known many of these farmers for decades, and I’ve been a liaison to the Monmouth County board of ag, which many of them also serve on, so I was honored when they asked me to consider doing this.”
Pressed about plans for growing membership in the cooperative and continuing to get the word out to restaurant owners, chefs, and the general public that loading docks here are open to the public three evenings a week during the growing season, Walker offered good insights into the farming situation in much of the Garden State.
“I have found our farmers are great scientists, wonderful technically speaking, they can irrigate and use technology and invent things and they can fix anything,” he said.
“They get it done here in New Jersey as long as opportunities are there for them, but farmers are not always the best at promoting themselves and marketing.” He added they tend to be a friendly, generous, modest bunch of people.
“Many are trying to create online ordering for their websites,” in light of the COVID pandemic, “and now farmers are getting more and more into the hospitality business, as more people come out to their farm stands and their farms for visits.” This last trend is especially good, he said, “as I’ve been promoting agri-tourism most of my career.”
Farmers, “need to continue to develop those hospitality and tourism skills. When I talk to farmers, I tell them you have to have people who work with you that actually like people.”
“But, to pat their own chest, to say, ‘look at me and my operation’ and promote themselves, they’re all too humble.”
Every once in a while, he said farmers have to take a moment to remind people they’re often the bedrock of a community.
“We keep taxes down if we keep the farmers in business,” he said, “and farmers need to promote themselves and the services and products they provide to the community to keep taxes down and keep over-development at bay.”
Currently, the general public, smaller farmers, restaurant chefs and owners may buy at Tri-County’s loading docks and refrigerated warehouses by paying a small fee to the cooperative. Larger farmers may join the cooperative for a seasonal fee and sell their produce from week to week here, Monday, Wednesday and Friday evenings from 5:30 p.m. until dusk.
Tri-County Cooperative was launched in 1934 at the height of the Great Depression, when hundreds of farmers needed a place to sell produce.
“The nice thing about being part of the cooperative is, if it rained this weekend where I’m at and I didn’t have a chance to harvest blueberries, the strength of the co-op allows people to buy from each other, to cover everything, and we have a great diversity of products.”
Walker said a particular focus for his it help members sell more produce to restaurants.
Highly respected restaurant owner Marilyn Schlossbach of Asbury Park is a frequent visitor to the Cooperative during summer months. She said she knows she can buy a wide variety of good, local, Jersey Fresh produce for all six of her Shore area restaurants in one short road trip from her home in Asbury Park. She’s often there with her husband on Wednesdays.
Walker said he’s also put out the idea to farmers that some should be running around with their own refrigerated trucks selling to restaurants.
“Many of the farmers here buy and sell from each other, so one of the things we hope to do is grow the circle of restaurants that buy from us and we’re going to try to start establishing deliveries to chain supermarkets,” Walker said.
“We need to make this place busier,” he said.