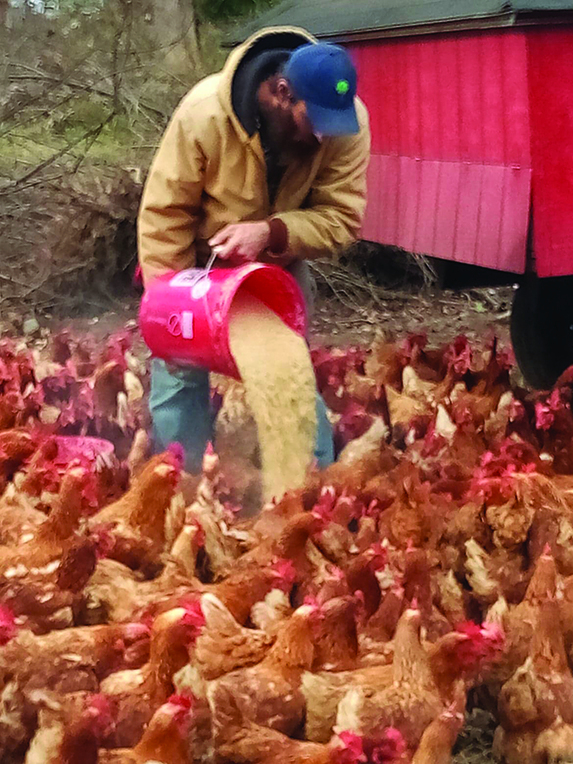 Rocky Hazelman feeds his chickens next to the “mobile 3” chicken coop. (Photo by Steve Sears)