Hildebrants rally to rise out of debt after tragedy 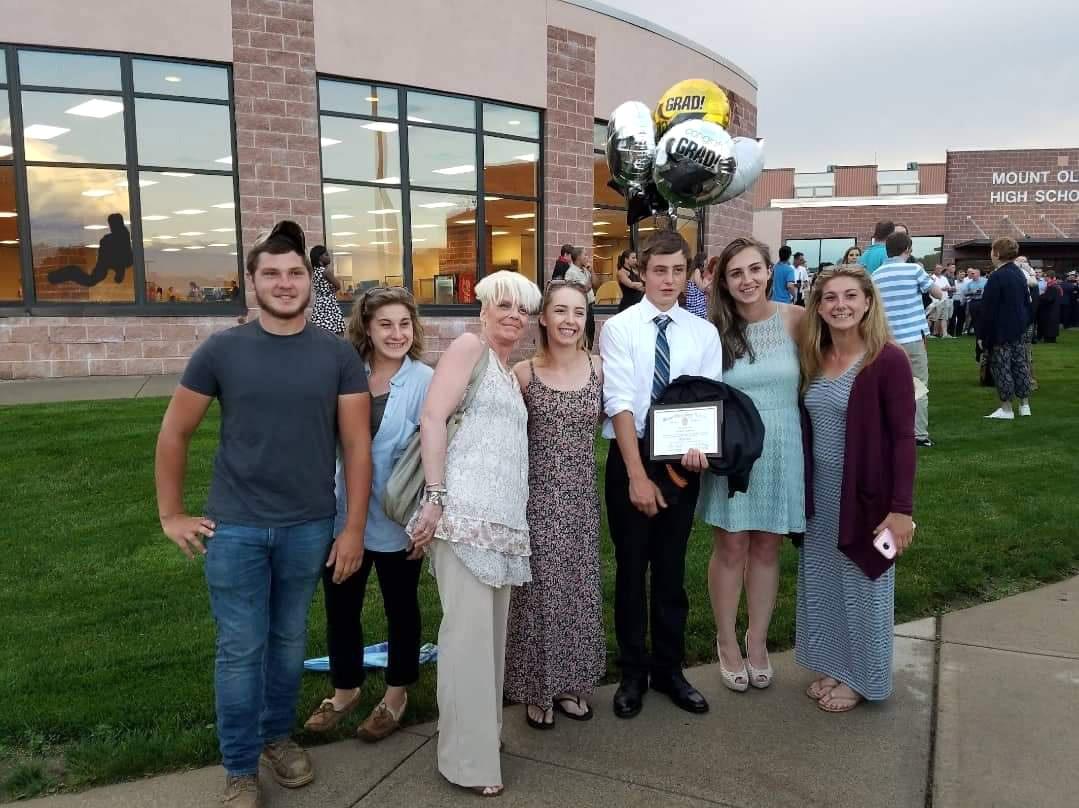 HACKETTSTOWN — Roy Hildebrant died in August 2012 after a battle with melanoma at the age of 49.
He left behind his wife, Michele, their six children, and a lien on Hackettstown, New Jersey’s Iona Hill Farm.
“There was a lien on the property due to my husband not paying property taxes,” Michele said. “I had to pay back over $174,000 dollars. That was one of the most difficult things I ever had to do! We went with out a lot during that time.”
It was a five-year struggle for the farm, which was initially a Depression era dairy farm founded by their great grandfather, and it had passed through two subsequent generations to the current.
Daughters Bailey, 29, and Grae, 28, twins Hunter and Aspen, 26, and sons Roy, 27, and Forrest, 24, refused to let the farm and its history come to an end.
All six children took on varied roles. “Roy and Forrest (then ages 16 and 13 respectively) knew they had a mountain to climb,” Michele says. “It was only the two of them for the fields and picking. Now, mind you, they were still very young when they had to take on this responsibility. There was a lot of trial and error, but I had to put my trust in them and the Lord.”
Twins Hunter and Aspen, with a woman’s touch, took over the farm stand and changed it around with their mom, while Bailey took the year off from school and mainly concentrated on local farmer’s markets, and Grae did a little of everything.
“They all came together to make this work. They all gave up their teen years and had to grow up pretty fast,” Michele says.
Iona Hill Farm became RH Farms LLC in 2012, the family wanting it to bear the late Roy Hildebrant’s initials. A huge part of him, through his wife and children, lives on here.
In January, the Hildebrants will be in the greenhouse, starting seeding for flowers.
Sowing for tomatoes, peppers, eggplant, pumpkins, melons, onions, cucumbers, zucchini and greens is done post-Mother’s Day. RH Farms LLC trudges forward.
“As I think about it now, I can’t believe we did it,” Michele says. “It seems surreal. If it wasn’t for family and my wonderful friends, we wouldn’t have been able to do it.”
She credits her family’s faith as well.
“We always believed that God would always be with us, and he was. I’m extremely proud to look back and see how far we’ve come. I’m not saying everything is perfect. We still struggle at times, but we always manage to survive.”
Michele speaks of those current struggles RH Farms LLC, and many farms, currently face. “Due to the price increases on everything, our profits have dwindled,” she says. “We always try to maintain fair prices in the farm stand, but we did have to raise them. Some customers did not appreciate that, and I understand that completely. They then go to the big stores like Walmart or Target – where they know they can get it for cheaper.” The summer of 2022 heatwave and companion drought hampered the Hildebrants as well. “I had to run the well constantly,” Michele adds. “We have a well, and from that we pump out water to the fields. The electric bills were astronomical, so there goes more profit. Some wholesale companies that we deal with also decided to add on surcharges, some under the guise of energy surcharge, and even gave us a COVID-19 surcharge. It has been very difficult.”
The six Hildebrant siblings don’t currently enjoy vacations, but Hunter says, “When you have a good time wherever you are, it really doesn’t matter.”
Aspen adds, “When you’re picking back in the fields and it’s a gorgeous day, and you look up and you throw a tomato at each other, that’s fun.” She laughs, then continues. “We are so lucky to have this place, and we would never trade it in for anything. And our customers are what make it. Without our customers, there would be nothing — no RH Farms.”
Michele says, “Beating the Odds! Keep the faith. Think positively. Be humble and grateful.”