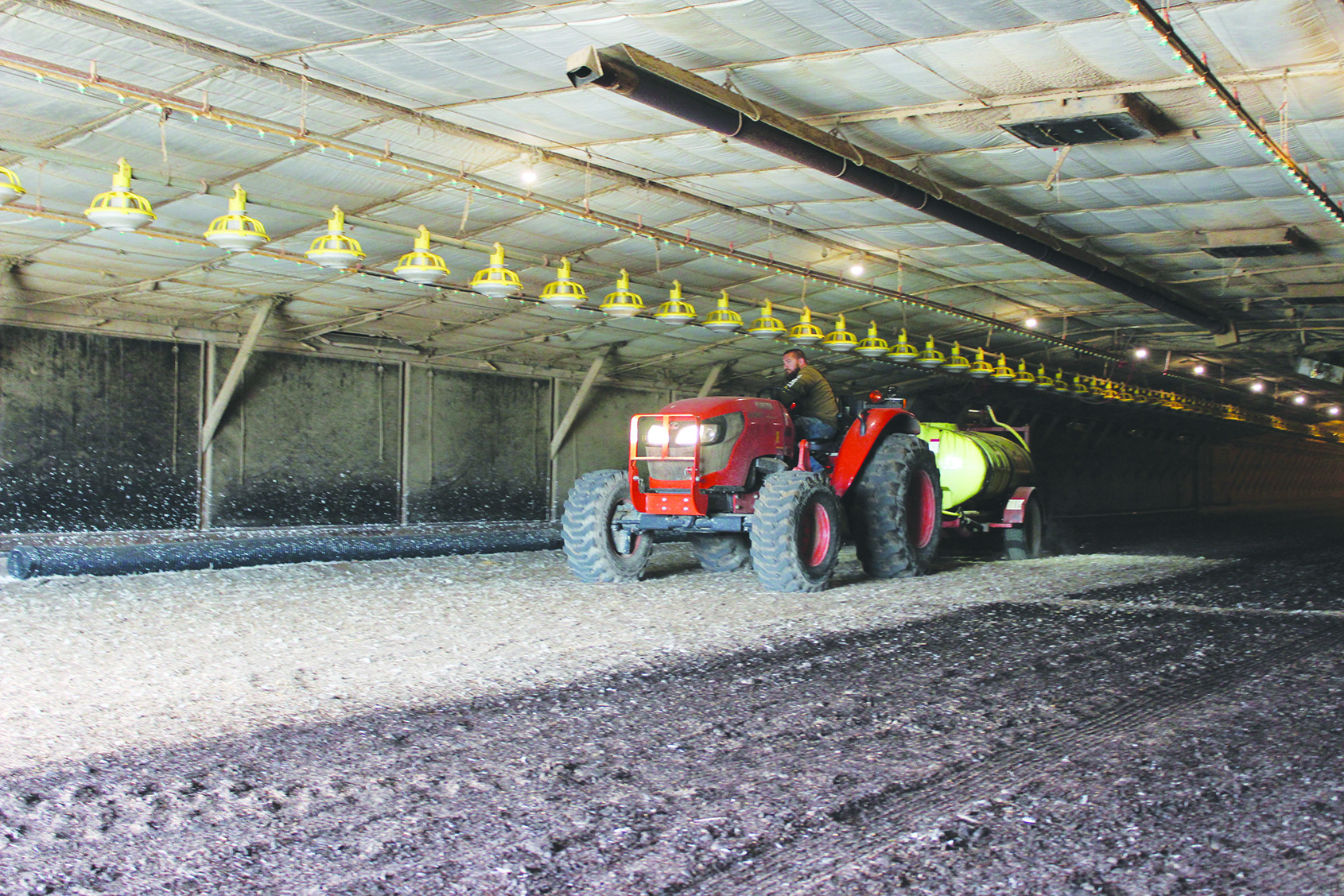 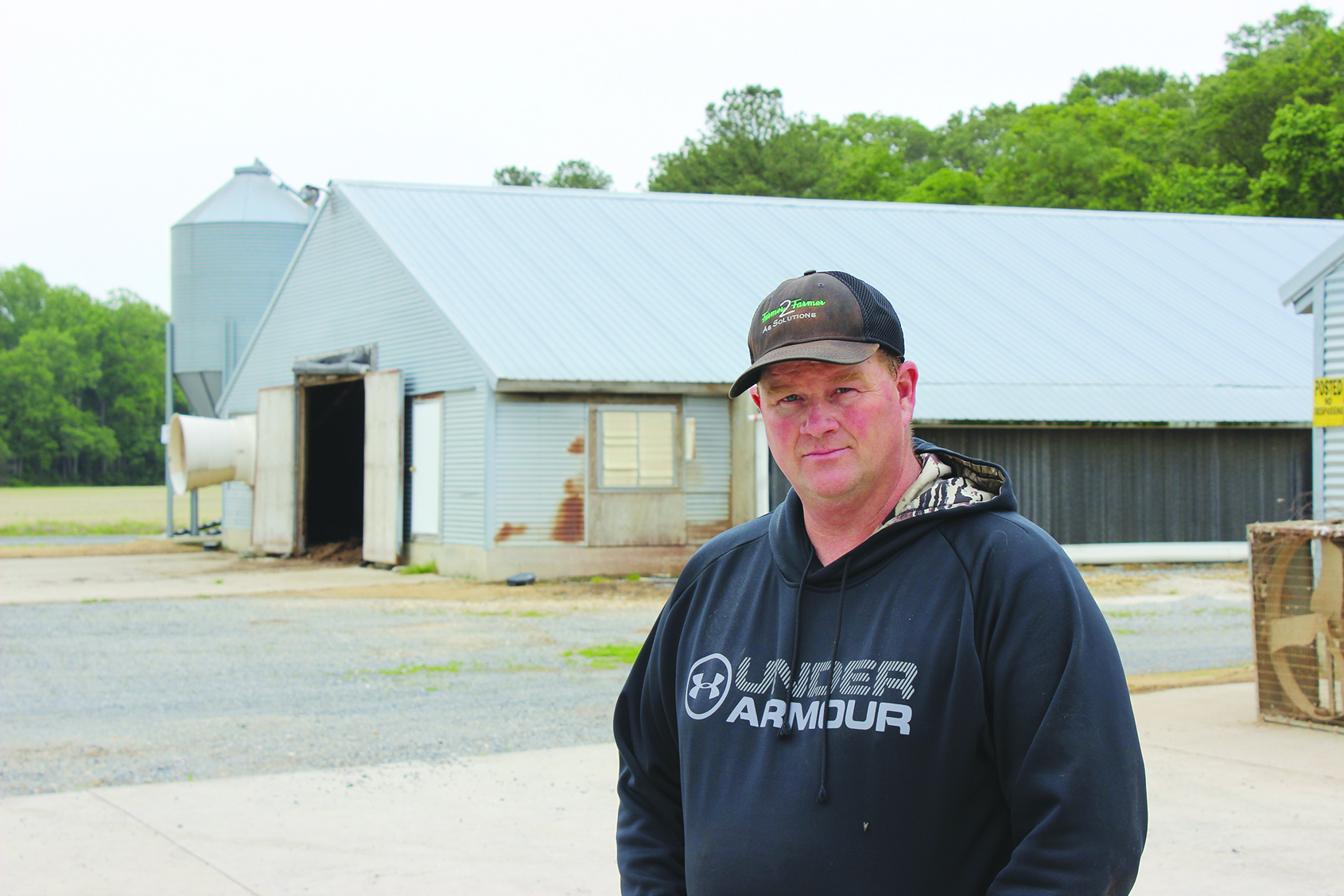 Blaine Hitchens has been a chicken grower for 25 years. He also grows corn and soybean on about 1,000 acres. (Photo by Sean Clougherty)

LAUREL, Del. — Taking a greater interest in soil health practices, Sussex County farmer Blaine Hitchens started four years ago using biostimulants like fulvic acid and humic acid on his crop land.
Two years later, he liked the results enough to become a local dealer of the products and also started using them on an experimental basis in his four poultry houses to see how they would control ammonia in litter and improve litter quality.
With his integrator’s blessing, he applies a liquid mix of fulvic acid, humic acid sea kelp and a package of beneficial microbes to the litter after each flock.
Hitchens said it suppresses about half of the ammonia in the litter and he’s cut back on using another litter amendment by two-thirds.
Hitchens said over time, he’s seen benefits in his chicken’s feed conversion and the house floors stay more dry.
“The end goal here is to have ammonia suppressed,” he said. “It’s great for the chickens and it’s great for the land and it’s great for the people working in there.”
Managing ammonia levels in poultry houses is key part of poultry production to maintain air quality for bird health and welfare and the farmers that raise the birds, said Georgie Cartanza, University of Delaware Extension poultry agent.
Proper ventilation through the growout period is important as well as the use of litter amendments to pull down ammonia levels.
Integrators and growers choose among the roughly half-dozen ammonia control products that fit into their growout program taking into account cost, efficacy, application timing and longevity, Cartanza said.
“It does set the stage for overall health throughout the flock,” she said, and “it’s even more critical” in antibiotic-free programs, where growers need to be more proactive on limiting stress on birds.
“You want to get as much longevity out of what you’re using,” Cartanza said.
As for litter quality, Hitchens said the applications stimulate microbes in the litter that increases mineralization of nitrogen and phosphorus which makes them more available to plants after it’s applied in the field.
“That’s the huge part of it,” Hitchens said. “We want to use what we have. What we generate ourself is going farther.”
Hitchens applies the products at a higher rate in the poultry house than he does on his fields and said cost is a factor, but he also takes into account the benefits he has seen in crop production.
“The investment is for both sides of the operation,” he said.
As use in the chicken houses continue, Hitchens said he’ll tweak the amounts of microbes he uses and the overall application rate while evaluating what effect it has on production.
“It’s just one big package,” he said. “That’s why you keep working with it. It may take us five years, but it’s pretty exciting to be on the front side of something good.”