Honey’s Harvest Farm explores its unique side with Sunday Market 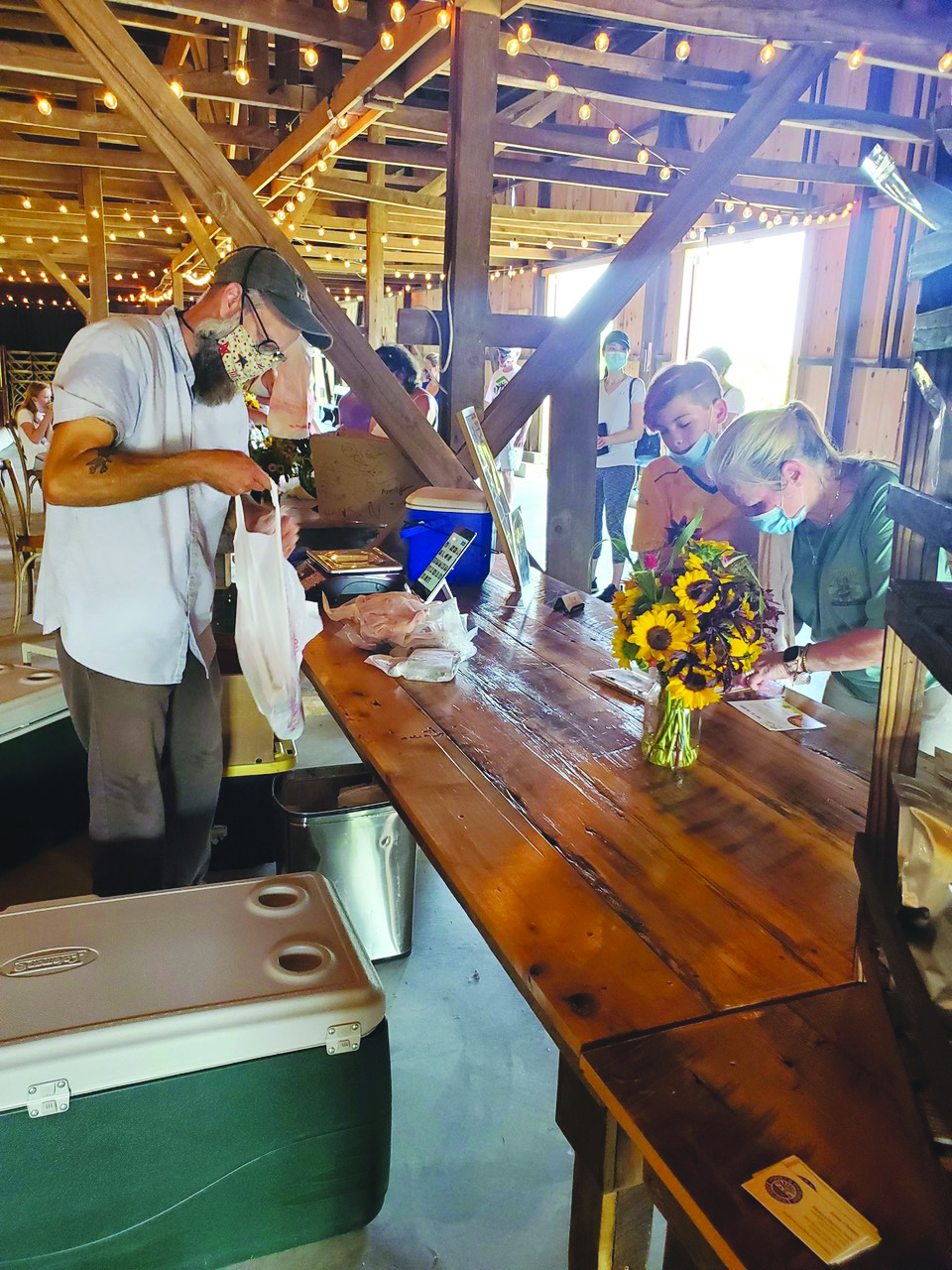 For instance, the market’s host, Anna Chaney, was preparing last week to hide an engagement ring in one of the farm’s blackberry bushes for a customer hoping to pop the big question during the market’s morning nature walk.

“It’s helping empower people to feel good,” she said. “It’s more of an experience at our market than, ‘Let’s go buy something and then walk away.’ It’s very unique, I think.”

It’s one of Southern Maryland’s newest farmers’ markets, born out of Chaney’s Honey’s Harvest Farm, which peddles an eclectic collection of homegrown products, including flowers, tinctures, fruits, popcorn, honey and walnuts — many from plants native to the region. It’s also another local retail farm enterprise whose growth was accelerated by the coronavirus.

Chaney launched the market in January with two nearby farms — Mimi’s Microgreens and Morris Hill Farm — hoping to grow the number of locals interested in learning about her 160-acre operation’s commitment to permaculture. Though it’s not Certified Organic, Chaney said all Honey’s Harvest crops are raised without herbicides or pesticides. They’re also grown in carefully tended beds of soil made with homegrown comfrey, duckweed from a nearby pond and composted horse manure and wood chips.

When it launched, the farm’s market did very well, Chaney said, selling out when it was held every other week. Then the coronavirus pandemic shuttered everything in March. Local farmers were displaced from their markets, and some had not reopened in April when Chaney decided to hold the market every Sunday. The market’s three farms had all quickly launched websites to sell their products, which could be delivered or picked up at Honey’s Harvest. The market moved from a smaller barn on Honey’s Harvest property to a larger one, and they used social media to spread the word.

To provide a venue for customers while still meeting state restrictions imposed to prevent the virus’s spread, she decided to rent out private picnic sites across the farm anywhere from 120 feet to an acre apart. For $15, picnickers were provided with Oriental rugs or they could bring their own.

The market is held from 11 a.m. to 2 p.m., and a guided nature walk around the farm begins at 10 a.m. Walkers are taught about the farm’s agricultural practices and its commitment to “living soil”. They’re also able to sample crops.

“Whatever’s ripe at the time is what they enjoy,” Chaney said. We want to “help create a healthier world.”

Since the market expanded to every Sunday, several other farms have joined its ranks: Fairytale Farmette, Windermere Farms and Three Dummies Produce.

“I just feel very grateful that we have a growing community of local farmers who have a lot of passion for growing their products,” Chaney said.

And she hopes people enjoy what they take from the farm.

“We’re going to be different,” she said. “You pick it off the tree, and you eat it, and you know it’s safe because we’ve never sprayed it with anything.”